WAH 055 Betrayed its own principles

So far, every episode of War Against Humanity has ended with the phrase ‘Never Forget!’ but in the latest episode, you did just the opposite - you made sure people forget!

Upon learning what happened to the deported Jews from Yugoslavia, Bulgarian MP Dimitar Peshev prepared a petition, signed by many members of the ruling party (the opposition supported it but where not allowed to sign it, so as not to make it a partisan thing) to cancel the deportations of Jews from Bulgaria.

Pro-German elements, including Prime Minister Bogdan Filov heavily opposed this and did everything they could to make sure the deportations go through. Peshev was threatened, as were the MPs who signed the petition. But mass protests sparked over the country, demanding the halting of the deportations, one bishop even stating that he will lay down on the tracks in front of the train. Tsar Boris III interfered and cancelled the deportation, citing ‘the need for slave labor’ as an excuse to Hitler.

2 years later, many of the people who helped save Bulgaria’s Jews would either be executed, or sent to concentration camps (or gulags if you prefer). Dimitar Peshev, who risked everything to make this happen was saved from execution only through the testimony of members of the Jewish community. He died alone and in extreme poverty.

All records of his deed were deleted, as the new Communist government did not wish to associate the previous regime with anything positive. This has allowed modern neo-nazi groups to push the narrative that ‘the Jews murdered their saviors’. As mentioned earlier, Peshev was originally sentenced to death, but his life was spared only through the intervention of the Jewish testimonies. Other MPs were not so lucky. They were roundly executed and thrown in mass graves.

And now, thanks to WAH 055, Time Ghost has ensured that this will be forgotten. Not only have you doomed these people to further obscurity, but you have also, inadvertently, helped push modern-day anti-Semitic agendas.

The only way this can be rectified is by either re-making the segment and re-upload the video OR make a separate video about it. Anything less, and you will have betrayed your principles.

He died alone and in extreme poverty.

Why poor? Did the Jews not send him food supplies or something as token of their gratitude? Or is because of communism?

Most Jews had left for Israel by the time he was released. Even if donations were made, the government would just confiscate it. The communists were ruthless. Peshev is just one of countless examples of people who were forcefully relocated and unable to make a decent living all the while being followed to make sure they don’t conduct any ‘anti-state’ activities.

Let me give just a few examples to paint the picture:

-All real-estate owned by (what communists declare as) fascists is confiscated. More notable people (former politicians, retired generals, bankers, etc.) were forcefully relocated, while others like my grandma’s family were just kicked out on the streets.
-Land owners were forced to surrender their land. Those that refused were placed in wheelbarrels and rolled down the road until they agree. My great-great grandfather used to own a mill in a tiny village. He died of a heart-attack when he learned that his life’s work was being taken away from him. I have an elderly colleague whose father had a sheep farm, also confiscated and destroyed due to mismanagement.
-Church personnel were declared fascists and in late 1944/1945 communist partisans were allowed to freely roam the villages murdering priests, mayors and everyone whom someone friendly told them was a fascist.
-Informants were recruited everywhere. If you were caught making fun of the government, you get a friendly visit from the secret police. They also had police station near churches, documenting people who would visit.

so why didn’t he migrate to west germany or any other country that was not there in the eastern bloc? Did the communists place him under house arrest or something of the sort?

Also another question from the future… did things change in the soviet satellite states in the future after Stalin died?

Try this channell for more information:

After the war a lot of information was lost because it did not fit in the narrative of the ruling parties or survivors who wanted to paint their history in a better light , this was done in the west but in the Soviet and China region this was done on a massive scale.
So for the Time ghost and other historians to find the correct unaltered history is difficult.

There was no such thing as migrating back then. Even relocating to another town required approval. Stalin’s death didn’t change a thing. Up until the end of the Cold War, border guards were ordered to shoot anyone who tried to cross the border.

oh… I know of it… but there are certain parts in that are biased or not correct. For eg : before the India-Pakistan war of 1947, tensions were already running high as Junagadh had acceded to pakistan but it had a Hindu Majority. India says that it cannot accept this as it would compromise the security of the katiawar states and in the future will embargo it and may… have set up a provisional government in the bombay province… I say may have because… the archives relating to that are behind closed doors. There is a lot of stuff I am leaving behind such as the Junagadh state troops entering Mangrol and Babariawad which had acceded to India.

I don’t think there is the mention of the Invasion of Hyderabad which casts a dark shadow on India’s history.

And Norman has critiqued them for a video… which makes TG’s Racism video look like a well-researched video… Can’t remember which one though.

What I am trying to say… is that. I cannot trust the content they put out.

And Norman has critiqued them for a video… which makes TG’s Racism video look like a well-research video… Can’t remember which one though. 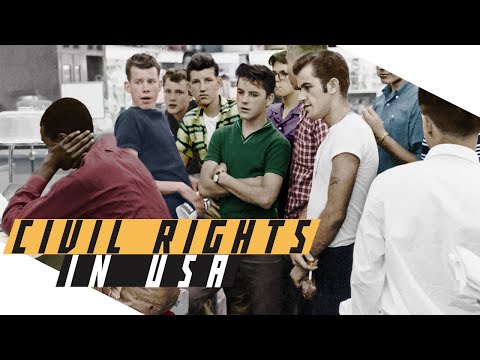 What I am trying to say… is that. I cannot trust the content they put out.

That Europeans are a “bit” ignorant about India, should not keep you from trusting that they can do better about Europe.

https://www.yadvashem.org/righteous/stories/peshev.html Here is a link to the world’s holocaust remembrance center site.

That Europeans are a “bit” ignorant about India

so are Indians lol. I did not know anything after independence (or the Indian contribution in ww2) because our books didn’t teach us that or that India and Pakistan were two dominions till June 1948 and all efforts were made by the brits to prevent an all out war… well… till Mountbatten left (even then it did not escalate to all-out-war).

And yes… Some brits loved India… but I hardly see that in the media (movies to be precise). For eg : there is show on Amazon called the India’s forgotten Army about the INA (don’t watch it… it is bad. The very first episode shows Japanese surrendering and the Indians counterattacking in Singapore which did not happen. On top of that they force a love story into it. If you still wanna watch it… go ahead… but don’t say I didn’t warn you).

Maybe you find this interresting: 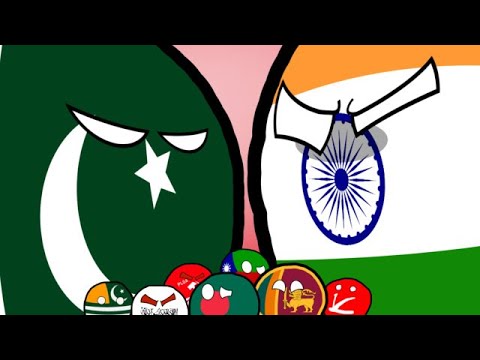 I did not know anything after independence because our books didn’t teach us that or that India and Pakistan were two dominions and all efforts were made by the brits to prevent an all out war… well… till Mountbatten left (even then it did not escalate to all-out-war).

I can confirm that as a foreigner. I’ve seen how teachers over at India (or at least the southern Indian state of Kerala) teach history and it almost always stopped at August 15, 1947 (and even prior to that, barely anything was taught on the Indian war effort in the World Wars other than the independence movement and the Bengal famine). There were only select events after 1947 that were taught – if I remember at the top of my head: the Non-Aligned Movement, the status of women (though that was covered separately)… that’s all I remember.

This was the fall of 2003, so I don’t know how things have changed since then.

This was the fall of 2003, so I don’t know how things have changed since then.

Even ww1 and ww2 are poorly taught. WW1 in 2 paragraphs (I am not kidding). WW2 topics- Hitler, Fall of France, Invasion of soviet union, Stalingrad, pearl harbour and nuking of Japan. (And a personal gripe of mine) And the teacher who taught us history made even WW2 boring as heck.

But I think we are digressing too far…

The thread was about how WAH 055 betrayed its own principles which went to… well… the Indian education system. I am sorry for digressing.

WW1 in 2 paragraphs (I am not kidding)

Very disappointing, especially when you realize the famous India Gate is actually a World War I memorial. But I digress.

how WAH 055 betrayed its own principles

Not just WAH 055, TimeGhost as a whole did that. They claim to present a fair picture for the war and the people involved, but – as an example – one of the later episodes – their special on Hollywood – portrayed Joe Breen as an “avid antisemite,” despite the lack of a primary source to fully verify that (he did write those words Sparty quoted, but even the men he wrote those letters to never saw him as an embodiment of an antisemite). Breen’s actions are also more evidence of him not being an antisemite.

If angry remarks are evidence of bigotry, then I might as well be a bigot because I said a lot of unsavory stuff when I was playing hockey and/or when I’m angry. But it doesn’t work like that. You would have to put a huge percentage of the population into that basket if that were the case.

It’s important to focus more on the actions rather than the words. And Joe Breen was no Gudrun Himmler.

And this isn’t the only time TG pulled off stuff like this.

I will say this, they did not say the name of Dimitar Peshev, but they did mention the Bulgarian parliament passed a Motion to stop Jewish deportation. I did a quick google search on the guy and got three different ways he stop the deportation. So i will agree sparty could have done better but its hard when i google the story and get 3 different stories.