The valiant Defenders of Ukraine

I’m not sure that site is entirely ubiased. Just open up their front page and you will see several pro-Russian headlines. There is a high probability that this is part of the propaganda machine.

EDIT: it even has a dedicated section to Russian news at the top.

There is a high probability that this is part of the propaganda machine.

How Bulgarian is BulgarianMilitary.com?

I’ve certainly never heard of it before, but I found this describtion at the bottom of it:

For a site that emphasises how Bulgarian it is, it lacks quite a bit of Bulgarian news. So that’s the first red flag.

Second red flag is that it makes now mention of the latest developments around the Government purchase of brand new F-16s; all the while having an article praising the old MiG-29s. You’d think with so much BG specialization, they’d mention it.

Third red flag is that it’s adress is in… Panagyurishte. A small town mostly known for its historical significance and not much else. Certianly not a place you’d expect to specialize in such complex military matters.

Not saying anything to question its credibility, just pointing out some… interesting odities.

Thank you for your answer.

Second red flag is that it makes now mention of the latest developments around the Government purchase of brand new F-16s; all the while having an article praising the old MiG-29s. You’d think with so much BG specialization, they’d mention it.

Third red flag is that it’s adress is in… Panagyurishte. A small town mostly known for its historical significance and not much else. Certianly not a place you’d expect to specialize in such complex military matters.

Not saying anything to question its credibility, just pointing out some… interesting odities

Thanks all for the quick anwers. Extra mention for obiwanbul for the veracity check I asked for. Sounds fishy indeed, with these news collector site filling themselves up an untrue story is easily spread with even automatic circular referencing.

On the other hand to me it is not unthinkable that some weapons or ammo go on “walkabouts” to use an Aussie term in the confusion of war and people offering fortunes.

I am not interested by the way ( although it would make a cool garden orament?)

Lol, walkabouts is the perfect term. Made me picture Crocidile Dundee pulling out a Javelin Missile saying “now that’s an anti tank missile!”

2 French CAESAR guns may be a bit to much for garden ornaments. I do not think private ownership of this guns is legal anywhere.

Aside from the corruption, they’re just too noticeable and bulky to be shipped. It would be easier to embezzle smaller things that are less obvious when missing. With artillery you need a large truck or a rail car to move it.

On the subject of casualties, Ukraine can take more at the present time as it as implemented a levee-en-masse. Russia is still operating at a peacetime level and is relying on volunteers. The conscripts have to be arm-twisted to deploy as kontraktniki and there is only so much of that that can be done in order to keep up apoearances.

ol, walkabouts is the perfect term. Made me picture Crocidile Dundee pulling out a Javelin Missile saying “now that’s an anti tank missile!”

I am with you on this. In Vegas, were else the is a outdoor range with allows shooting the (very legally acquired) M114 155. Cost a pretty penny. Shooting guns from an A-Star (civilian) helicopter is also an option. OK what else would you expect from Vegas?

Chewie:
Go to a range and shoot targets not people methinks (or buy a game which makes kaboom sounds!!!)

Wow sounds like fun. Is that the same group with their very own Sherman you can play with? They had an ex-Israeli m50 model that chieftain covered.

Yeah they have a bunch of tanks and offer the car crushing experience. Some of the staff was in the 101st so I gave them Delft Blue commeration plates. They were really happy with this.

It would take at least 16 to 18 months to train a Ukrainian pilot to use a western aircraft like the F16 to minimum training standards due to the differences in Soviet technology to western tech basically they can fly the plane but to learn to use the associated tech would take a long time to understand and assimilate.

Good points, here are some more about the needed infrastructure for planes and survivability of old models. 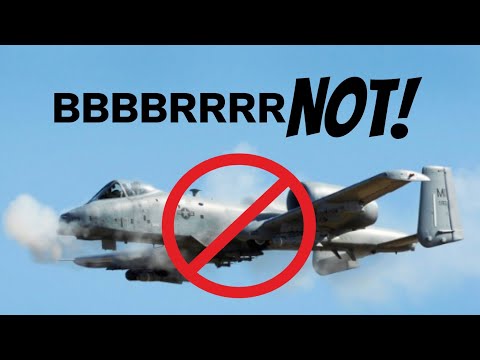 I saw this video and it was quite interesting. I think any fighter we give them without the supporting infrastructure is going to be a failure.

Ukraine has always had a very low sortie rate. Somewhere around 5/day. If that’s the best they can do then how are any aircraft going to make a big difference.

I also don’t buy that the A-10 is an unsurvivable aircraft. It’s just that it,is designed by the US as a piece of the combined air ground war. The US doctrine which has employed every war that I can remember is to establish air dominance as quickly as possible by extremely violent action. We will attack every known enemy Sam site simultaneously with missiles, aircraft, helicopters . The US pioneered wild weasel warfare destroying anti-air assets and it is built into Air Force doctrine.

In that environment, the A-10 can play a valuable role in follow up. It is a hammer on ground forces along with Apaches, Ac-130 gunships etc.

I have no reason to think this wouldn’t work against Russia but it would be an incredibly bloody affair on both sides.

Ukraine has none of this. The only way I can see it working is if we give them infrastructure outside of Ukraine. Ukraine could send fighters off for repair an maintenance and fly them back to Ukraine for actual missions. Of course that would make these bases legitimate targets.

Don’t give Ukraine stuff they can’t use.

Very effective when it all goes right

And more tensions brewing, I heard of it from then rest is politics podcast. 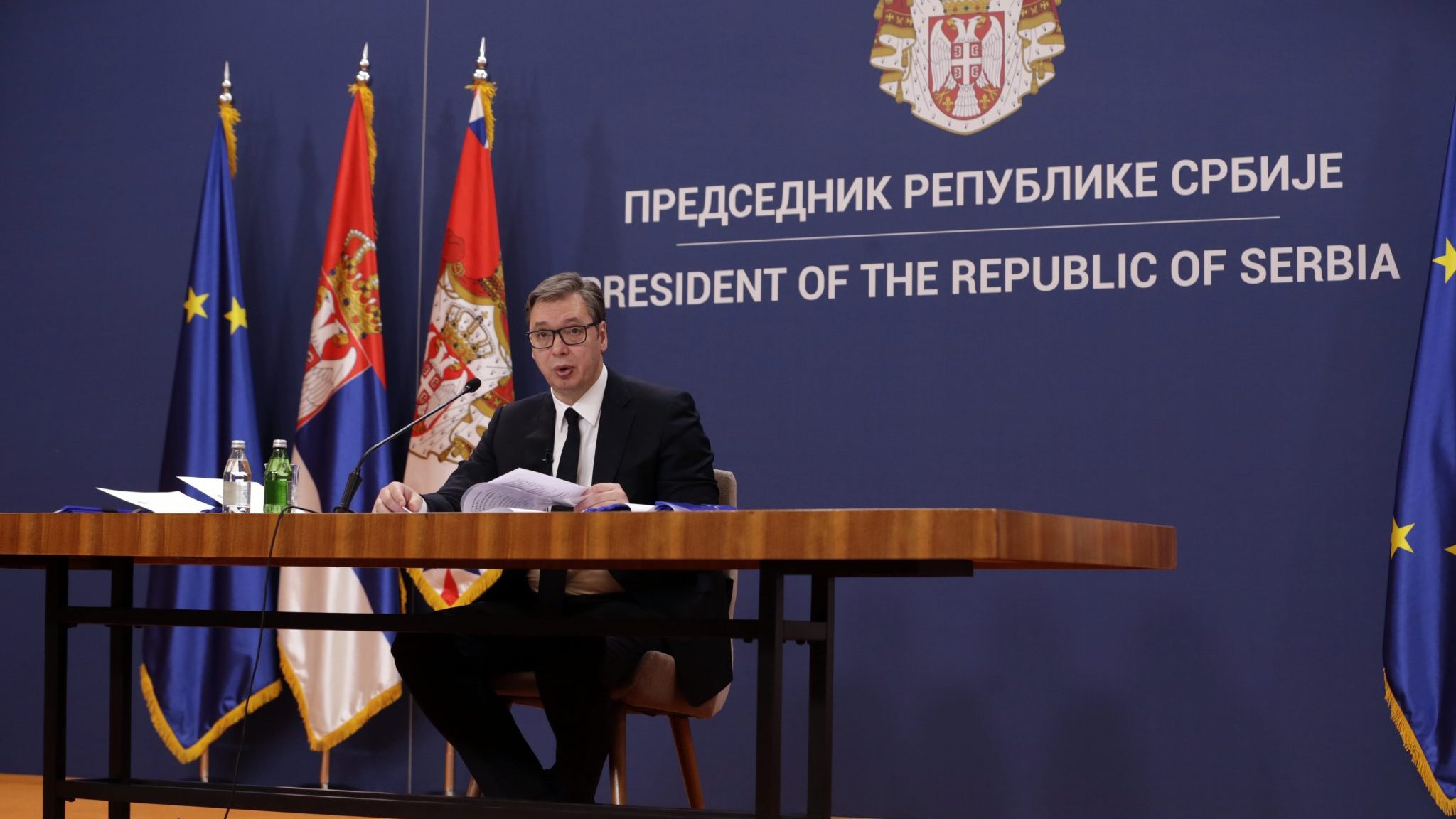 President Vucic claims Kosovo government's latest move in the long-running licence plates dispute forms part of a sinister plan to drive all the remaining Serbs out of Kosovo.

The US might have to take back their Himars to deal with their own insurrectionists lol. It is infuriating to watch the breakdown of law and over reach of government power knowing that they will not stop because people get drunk on power games. I wonder if in 1930’s Germany it was the same way. Maybe that explains the craziness that was 1930’s Berlin.

Sorry, feeling pretty pissed off at stupid and evil Governments. If Dejan wanted to come say it was all America’s fault, not sure I would have an argument today.

Just in case you have missed this piece as long as I have: 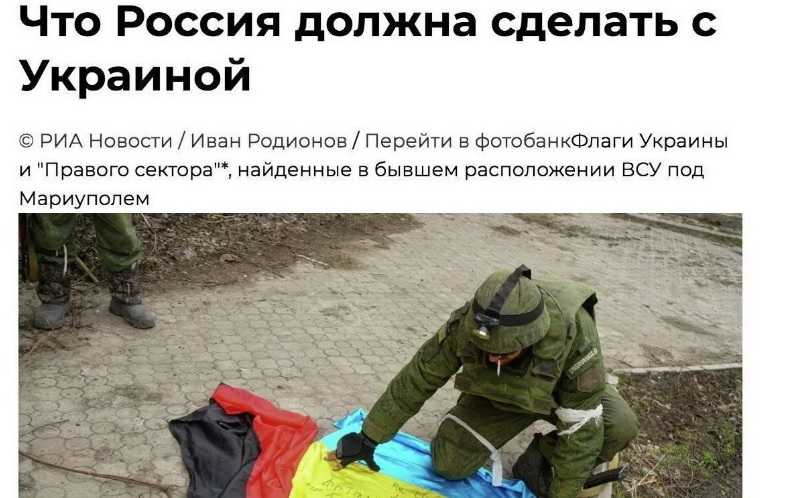 RIA NOVOSTI has clarified Russia’s plans vis-à-vis Ukraine and the rest of...

Wow if that’s the blueprint, it’s quite scary. If you are Ukrainian, you will be de-ed. be prepared to be a vassal to Russia for at least a generation.

Hard to say whether it’s big bad NATO encroaching eastward or all the countries around Russia just desiring a safe place which being near Russia never happens.

Ukraine should never have given up their nukes. If I were Taiwan, Saudi Arabia, Turkey maybe Poland, I would be building them.

I’m sure that stuff gets lost here and there but generally the claim that Ukraine is actively and covertly selling weapons on the black market is what it obviously is: Russian disinformation. 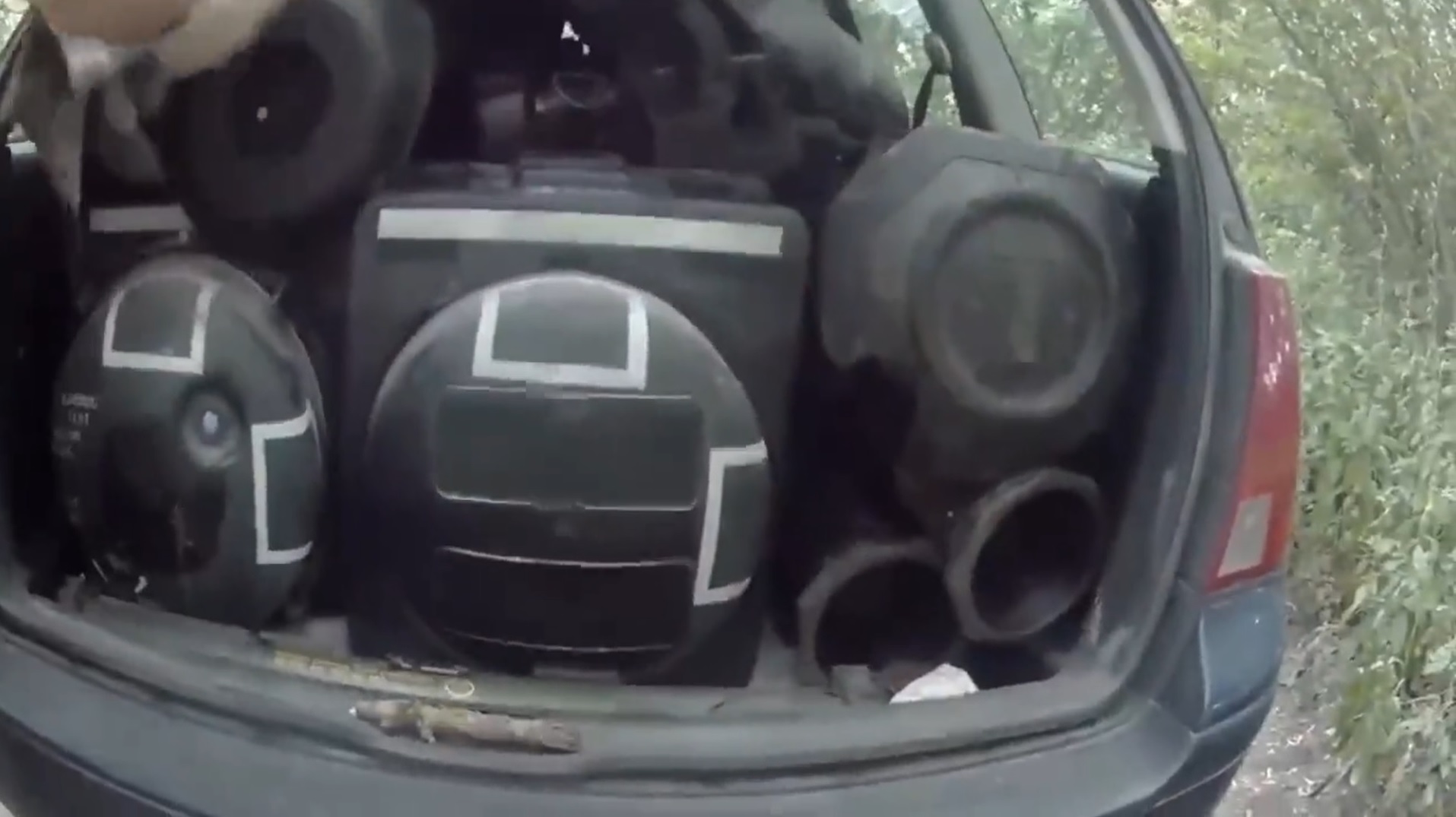 A viral video has been used to perpetuate Russian disinformation and propaganda, but the "evidence" doesn't stand up to scrutiny, Newsweek Fact Check found.

U.S. officials are pushing back hard against Russian claims that American anti-aircraft missiles meant for Ukraine have begun showing up on the illicit arms market in Syria.

Well, I finally caught up with this topic. Reading through from May to now is very interesting indeed.
As an Irishman, my take on big countries with big militaries beating up small countries is coloured by my own life experience. Is it “right” to use state power to maintain the status quo? Is it “right” to use terrorist/partisan tactics to try to change a regime?
Personally, I’m with Churchill on this (not on many other things) - it’s better to jaw jaw than war war. However, populist leaders depend on rhetoric to maintain their personal mythology, so actually discussing stuff with a view to a compromise is anathema to them. If they manage to improve the lot of their people, all well and good - vide Erdoğan in Turkey - if not, then war happens.
The West is in a cleft stick of its own making; enabling Twitter and Facebook et al to create the situation we have now, with echo chambers galore, all to the financial benefits of a tiny minority, is horrible. I just hope that the EU keeps going to fix things. No chance of the US doing anything.
This war is wrong. So were Gulf War #2 and both the Russian and American/NATO efforts in Afghanistan. So was the Falklands War - had Galtieri and the junta not needed a military adventure to justify their existence, Las Malvinas would be Argentine today…