For our Between Two Wars episode about 1921, we need pictures of the subjects listed below.

Have you found one of them? Write ‘which of the named pictures it is’, ‘the url where you found it’ and ‘the licensing situation’.

For more information, go here. For the leaderboard, go here.

We’d love some video material as well: You can search the Reuters Screenocean Archive, -> https://reuters.screenocean.com/. Or for example the Jeff Quitney YouTube Channel. Harder to search, but they have great archival material as well. Check it out here -> https://www.youtube.com/user/webdev17.

Please post the URL to the video, and the TImeframe (for example 0:53-1:11). Try to be as specific as possible – as you know from watching the show, we can’t use minute long fragments.

Not sure if you want the photo from 1919 specifically, but Wikipedia has several photos from 1920/1921 and some unattributed dates:
Public domain 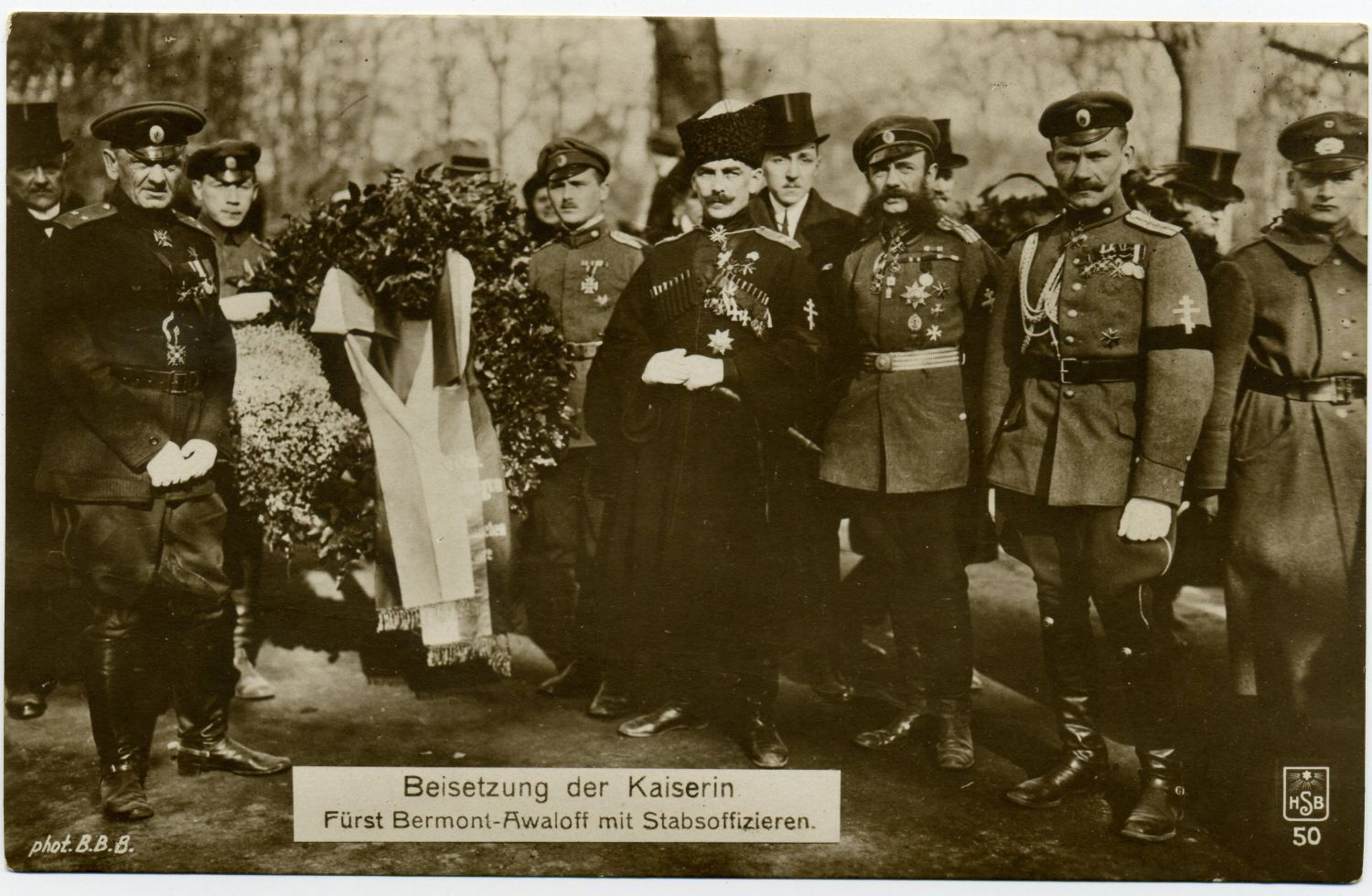 With Rüdiger von der Goltz(this is likely 1919)(how do you scale the pictures here?):

It says here that the photo is in public domain in US, but it’s not on Wikimedia for whatever reason, so I can’t get an English version of the text.
Uploader lists the source as this book:
https://www.amazon.co.uk/Keller-Fomin-Gagkuev-Balmasov-Ganina/dp/5858241700
on Fyodor Arturovich Keller

These guys stick their watermark to the photo above, though I have no idea whether you can do that to a photo made a 100 years ago.


They also have this one: 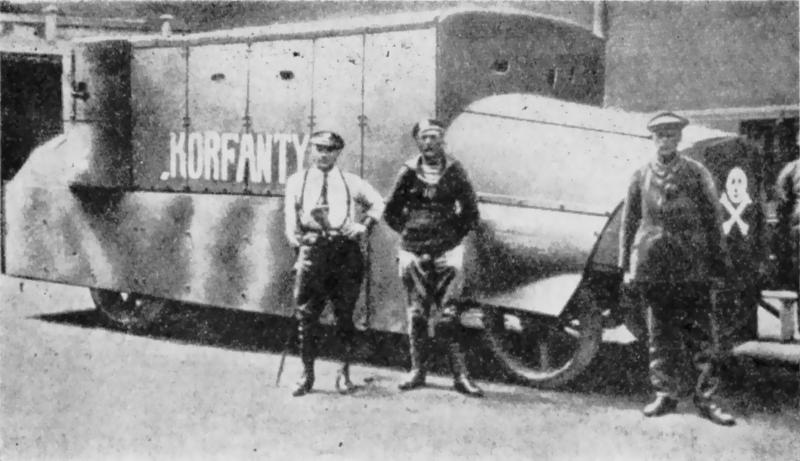 “Polish armored car ‘Korfanty’ in 1920, made by Polish fighters in Woźniak foundry. It was one of the two created, the second was named Walerus – Woźniak”
Used in Silesian uprising
Public Domain

The Silesian Uprisings (German: Aufstände in Oberschlesien; Polish: Powstania śląskie) were a series of three uprisings from August 1919 to July 1921 in Upper Silesia, which was part of the Weimar Republic at the time. Ethnic Polish and Polish-Silesian insurrectionists, seeking to have the area transferred to the newly founded Polish Republic, fought German police and paramilitary forces which sought to keep the area part of the new German state founded after World War I. Following the conflict...

Photo of the signing of the Sluwaki Agreement

I assume you mean Suwałki Agreement:

An authentic photo, which was taken after signing the famous Suwalki Agreement or Suwalki Treaty signed between Poland and Lithuania on October 7, 1920. This photo was taken out from an old album (see

Salle de la Reformation. The official opening of the League of Nations (11-15-20).

The League of Nations, abbreviated as LON (French: Société des Nations [sɔsjete de nɑsjɔ̃], abbreviated as SDN or SdN), was the first worldwide intergovernmental organisation whose principal mission was to maintain world peace. It was founded on 10 January 1920 following the Paris Peace Conference that ended the First World War, and ceased operations on 20 April 1946. The organisation's primary goals, as stated in its Covenant, included preventing wars through collective security and disarma...

how do you scale the pictures here?

Same question from me, too.

Photo of Soviet advance into Belarus 1919

Do you mean 1918 or 1920? My understanding is that in 1919, Poland was on the offensive in the Belarus.
These are not actual photos, but 2 illustrations of Red Army entering Minsk. One is for 1918(author unknown): 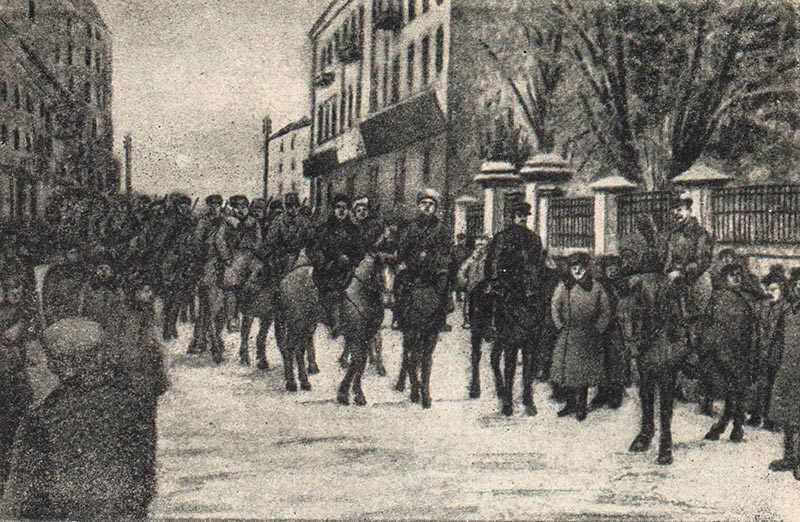 http://vsr.mil.by/2013/12/07/vii- osvobozhdenie-minska-ot-germanskoj-okkupacii/
Licensing status unclear
Other is for 1920(Evgeniy Zaytsev):

You don’t need to - better not actually - we will change the settings so that it displays the full picture. To see the original size you open the pic in a new window.

Again, not a photo(all the online sources seem to use either Treaty of Tartu or Treaty of Riga photos as illustrations), but if you need it, Pravda from 15.07.1920 with an article about Peace treaty being signed 3 days prior(on the right): 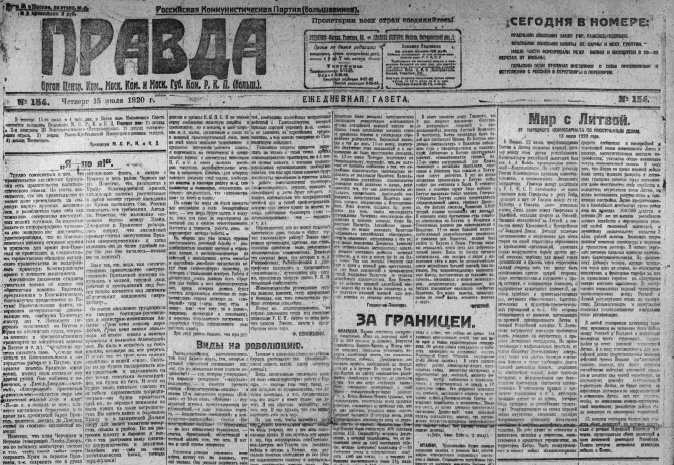 Overall it seems like the talks were not covered in soviet press that much, unlike the ones with Latvia and Poland, at least that’s the impression I got from sifting through Pravda issues.
Maybe the Soviet side were not that interested in documenting those and Lithuanian side didn’t bring their photographers to Moscow(Estonian and Latvian peace treaties being signed in those respective countries).

Photo of the Battle of Niemen River 1920,

Here are two one with Pilsudski in it. 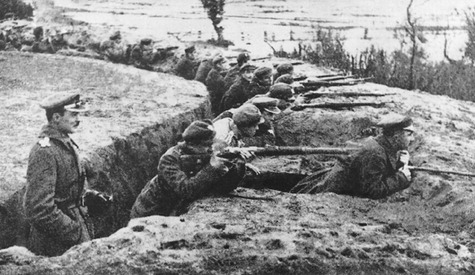 A nice low hanging fruit? =)
Public domain, all of those: 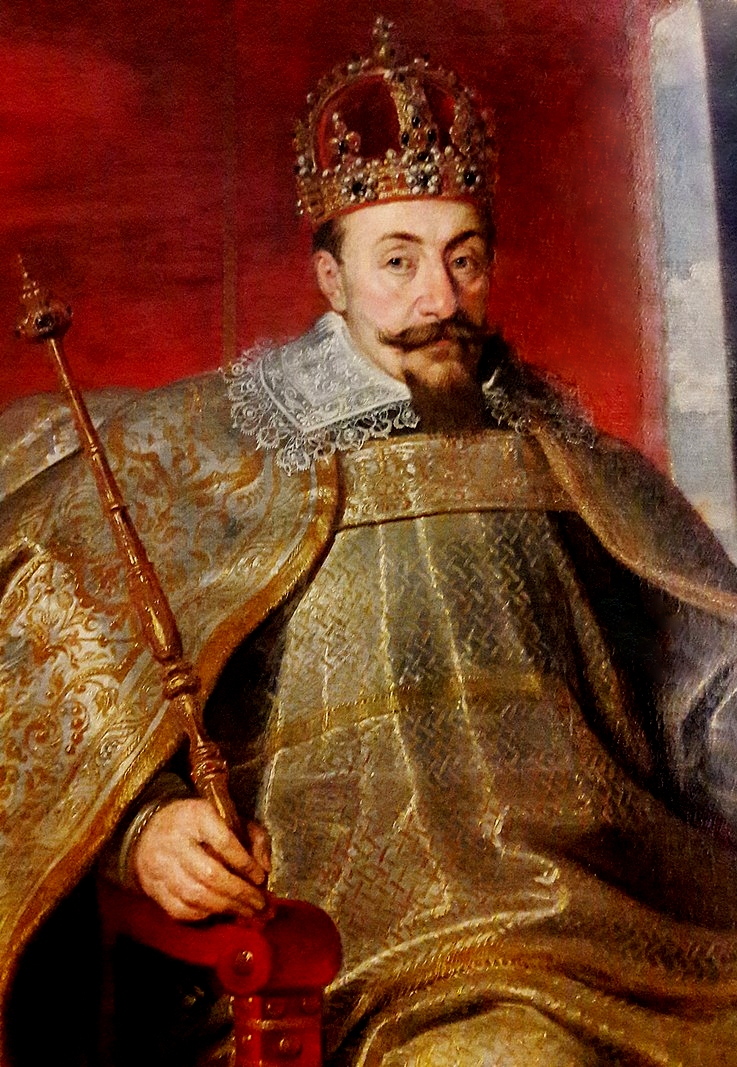 Photo of the Polish advance into Vilnius 1920

Here is what I could find for this. 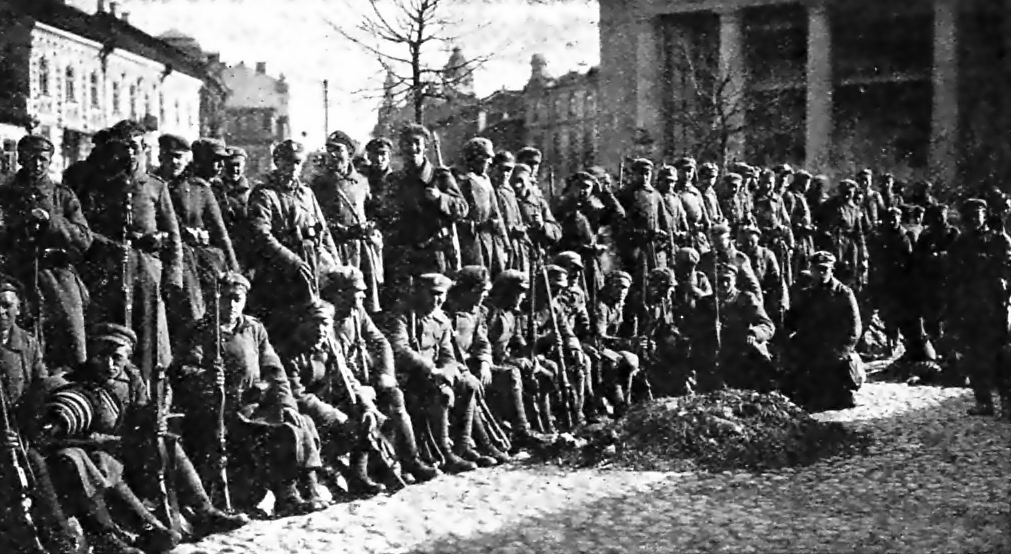 Photo of Battle of Warsaw 1920 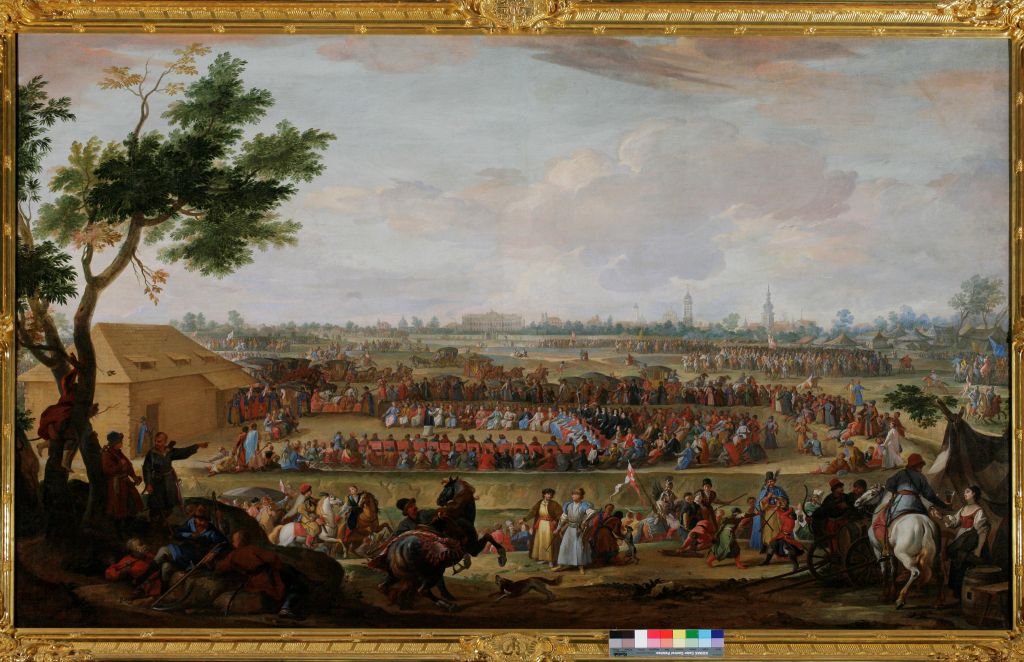 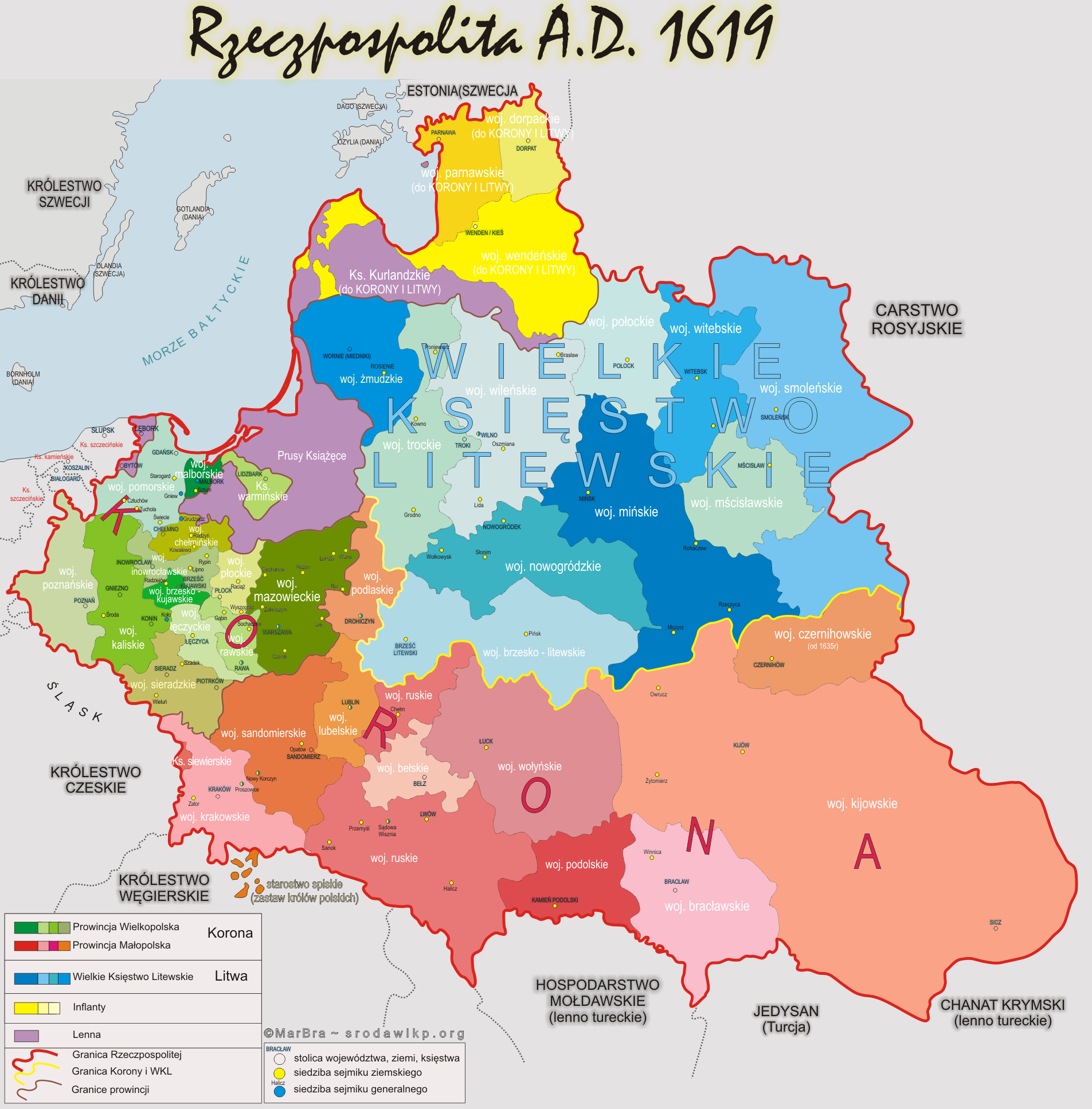 Photo of Pilsudski in prison 1917: 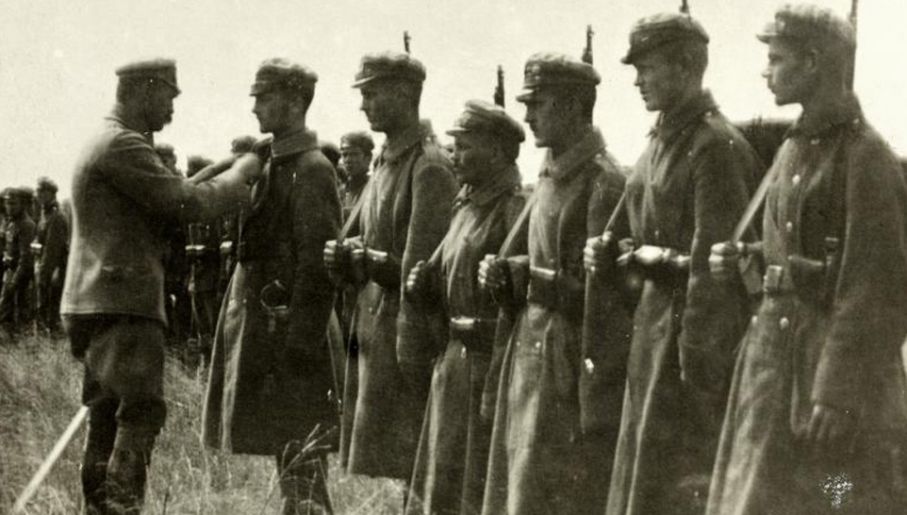 All photos are from Wikipedia commons

Thank you all for the contributions so far! We’re getting the pictures to the editors and will make sure that the Picturehunt points get assigned to the right people on the leaderboard.

We’d like to introduce you all to our video archives, so you can take a look in there too. Our main source is the Reuters Screenocean Archive, -> https://reuters.screenocean.com/. You can search per newsagency, topic or timeperiod (and find for example this report on the Winter War). Besides helping us tremendously, its really fun to look through the old archival material.

A Second source is the Jeff Quitney YouTube Channel. Harder to search, but they have great archival material as well. Check it out here -> https://www.youtube.com/user/webdev17.

Please post the URL to the video, and the TImeframe (for example 0:53-1:11). Try to be as specific as possible – as you know from watching the show, we can’t use minute long fragments.

The edit of Ww2 017 is almost finished. Almost all submitted pictures in this picturehunt thread were used. The leaderboard will be adjusted to the score for this episode.

Results for the WW2 017 picturehunt

Military history student with interests involving such periods like Middle Ages and so-called Pike & Shot period. In my pseudoscientific work, I’m mostly focused on the history of cavalry and its “relation” with firearms. I’m also…

My birthday is the same day as the births of Churchill, Dick Clark, Firpo Marberry, Ben Stiller, Gordon Parks, Ridley Scott, etc. Colorist, historian since 1999 (interested since 1983) and 24/7 Dom since 1997. I’m also now in Qu…

Hi there! I’m David, 17 years old, live in the Netherlands, in Doetinchem. I am half Hungarian, half Dutch, with a great interested in history. Next year I will study Media and Communications at the Erasmus University in Rotterdam…