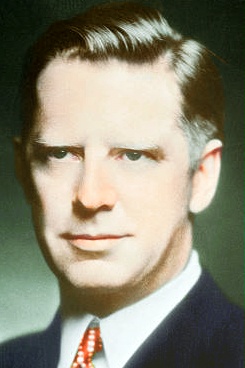 Pegler: On the Patton incident

New York –
If Gen. Eisenhower thinks Gen. Patton is indispensable, he should be allowed to keep him on the job, for certainly the public humiliation inflicted on Patton for berating and striking a sick soldier and kicking up a scene in a hospital cannot be regarded as a temptation.

But the incident can serve to revise a popular notion that a profane tongue and a brutal disposition are the characteristics of a good soldier. Patton happens to be a good soldier in spite of these faults and, while his absolute fearlessness and his drive and ability are recognized by others, he is not admired personally.

The majority of the officers of the Regular Army are remarkably well-mannered and clean of speech and gentlemen in the true meaning of the word. The reserves and the new officers who did not go through the Military Academy are about as they were in civilian life, subject, however, to any improvement that might have been wrought by the code of the regulars.

We had in our public life a few years ago a former officer who, all his life, both in the Army and in his civilian career, affected a hardboiled manner and who was encouraged to excesses by his publicity which presented him as merely rugged when he was, in fact, so profane and vulgar that sensitive people sometimes gave him up.

On one occasion, he was rebuked by a civilian at a social gathering for using disgusting language which he apparently thought was only picturesque.

Another officer, a general who had been his classmate at the Military Academy, once commented privately that he was sick and tired of hearing civilians remark that his old comrade was the salt of the earth, for he regarded him as just a dirty man and recalled that in their cadet days he was shunned by many of the corps for just that reason.

However, the man did have ability and great energy and imagination, and so enjoyed a fairly successful career, notwithstanding.

Those who have a chance to associate with officers at West Point cannot fail to be impressed by their gentlemanly manners and speech. I have sat through meals and spent hours at evening gatherings with groups of them and noted the absence of expressions which most civilians allow themselves for purposes of emphasis or to attract attention.

This certainly does not mean that they are prigs, for if an occasion requires force and emphasis, they usually have plenty at their command. And, although Patton’s bravery is as famous as his bullying ways, there are others just as brave who also have the respect and the deep personal loyalty of their subordinates.

Patton was with Gen. Pershing in Mexico and went to France with him as a captain and may have thought he was using Pershing as a model, because Pershing could swear resoundingly when he was in a temper and he wasn’t what anyone could have called a fatherly commander.

But Pershing did have dignity and would not have encouraged the war correspondents to call him Old Blood and Guts, a title in which Patton apparently gloried. For contrast, there was another captain who went to France and caught Pershing’s eye who has come far since then without ever resorting to the language of the gutter or the manners of a thug.

That would be Gen. George Marshall, who has outrun Patton all the way, and might be President of the United States sometime after the war.

The punishment imposed on Patton was absolutely unique and undoubtedly will curb him, for now he surely understands that he will be watched closely and that if he ever repeats the offense, he will be relieved and probably court-martialed. It might even teach him to clean up his language for he must realize that he has overplayed his role in which he imposed on men who couldn’t talk or strike back.

All this being so, Gen. Eisenhower would seem to have acted with wisdom as well as force and originality, for it probably means that he keeps a strong able officer and cures an evil condition which had to be challenged some time. If Patton had been allowed to get away with this outrageous conduct, then every other officer and noncom would have been justified in acting likewise.