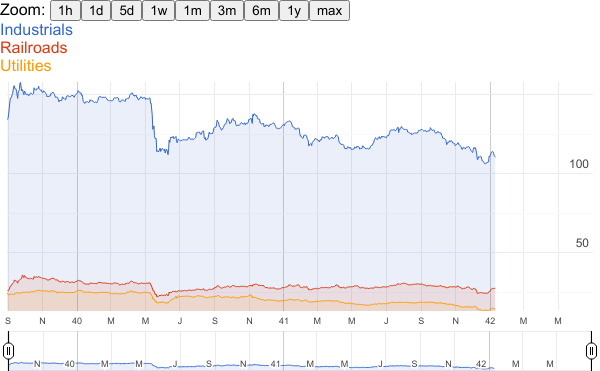 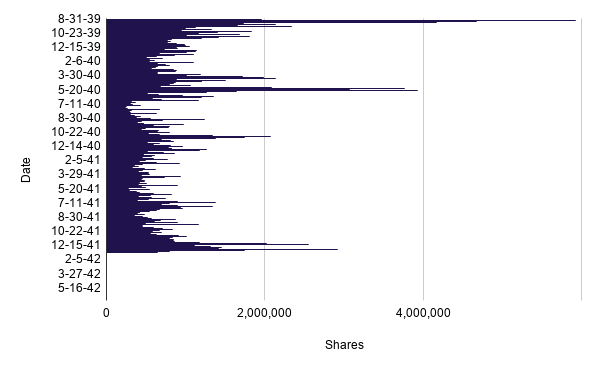 Earlier in the day the list has rallied from initial declines of 1 to more than 3 points.

Sugar shares were string spots with gains ranging to more than 2 points and several at new highs for the year on outlook for higher sugar prices on war demand.

Patino Mines made a new high at 11⅛, up 1⅝. A few other issues were steady to firm, but the main list registered losses.

Commodities were strong in most instances on outlook for war markets.

New York, Dec. 8 (UP) –
The New York Stock Exchange today suspended all dealings in Japanese bonds pending an “investigation of their status.”

The action was taken in the initiative of exchange officials themselves, but immediate contact was made with Washington in an effort to determine the status of Japanese obligations.

All categories of Japanese bonds, government, industrial, utility, etc., are listed on the Stock Exchange.

The move in suspending quotations on the two Far Eastern rates was said to have been taken because no business could be done with the two cities.

Trading in Japanese, as well as other Axis and Axis-occupied countries, monetary units ceased some time ago when the Treasury Department "froze’ all assets of those nations in this country.

The Treasury’s daily statement for the current fiscal year through Dec. 5: