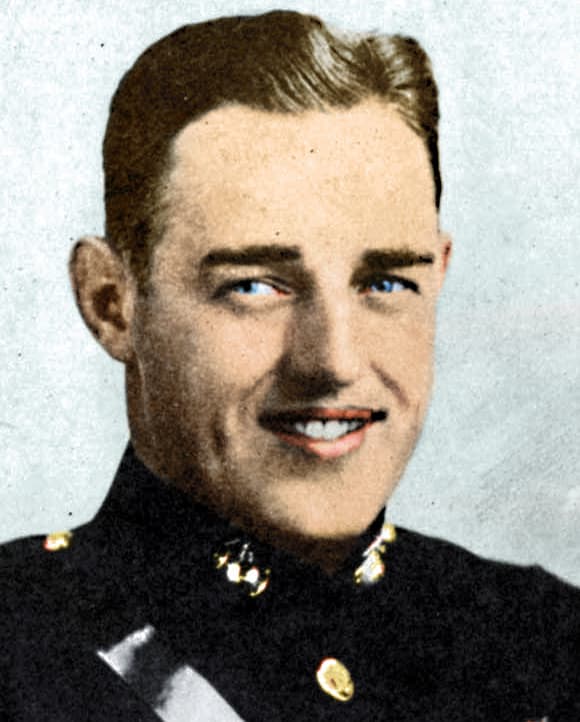 The President of the United States of America, in the name of Congress, takes pride in presenting the Medal of Honor (posthumously) to Maj. Kenneth Dillon Bailey (MCSN: 0-5100), United States Marine Corps, For extraordinary courage and heroic conduct above and beyond the call of duty as Commanding Officer of Company C, First Marine Raider Battalion, during the enemy Japanese attack on Henderson Field, Guadalcanal, Solomon Islands, on September 12-13, 1942.

Completely reorganized following the severe engagement of the night before, Maj. Bailey’s company, within an hour after taking its assigned position as battalion reserve between the main line and the coveted airport, was threatened on the right flank by the penetration of the enemy into a gap in the main line. In addition to repulsing this threat, while steadily improving his own desperately held position, he used every weapon at his command to cover the forced withdrawal of the main line before a hammering assault by superior enemy forces. After rendering invaluable service to the Battalion Commander in stemming the retreat, reorganizing the troops and extending the reserve position to the left, Maj. Bailey, despite a severe head wound, repeatedly led his troops in fierce hand to hand combat for a period of ten hours. His great personal valor while exposed to constant and merciless enemy fire, and his indomitable fighting spirit inspired his troops to heights of heroic endeavor which enabled them to repulse the enemy and hold Henderson Field. He gallantly gave his life in the service of his country. 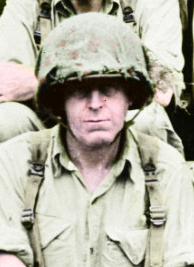 The President of the United States of America, in the name of Congress, takes pleasure in presenting the Medal of Honor to Col. Merritt Austin Edson (MCSN: 0-257), United States Marine Corps, for extraordinary heroism and conspicuous intrepidity above and beyond the call of duty as Commanding Officer of the FIRST Marine Raider Battalion, with Parachute Battalion attached, during action against enemy Japanese forces in the Solomon Islands on the night of September 13-14, 1942.

After the airfield on Guadalcanal had been seized from the enemy on 8 August, Col. Edson, with a force of 800 men, was assigned to the occupation and defense of a ridge dominating the jungle on either side of the airport. Facing a formidable Japanese attack which, augmented by infiltration, had crashed through our front lines, he, by skillful handling of his troops, successfully withdrew his forward units to a reserve line with minimum casualties. When the enemy, in a subsequent series of violent assaults, engaged our force in desperate hand-to-hand combat with bayonets, rifles, pistols, grenades, and knives, Col. Edson, although continuously exposed to hostile fire throughout the night, personally directed defense of the reserve position against a fanatical foe of greatly superior numbers. By his astute leadership and gallant devotion to duty, he enabled his men, despite severe losses, to cling tenaciously to their position on the vital ridge, thereby retaining command not only of the Guadalcanal airfield, but also of the 1st Division’s entire offensive installations in the surrounding area. 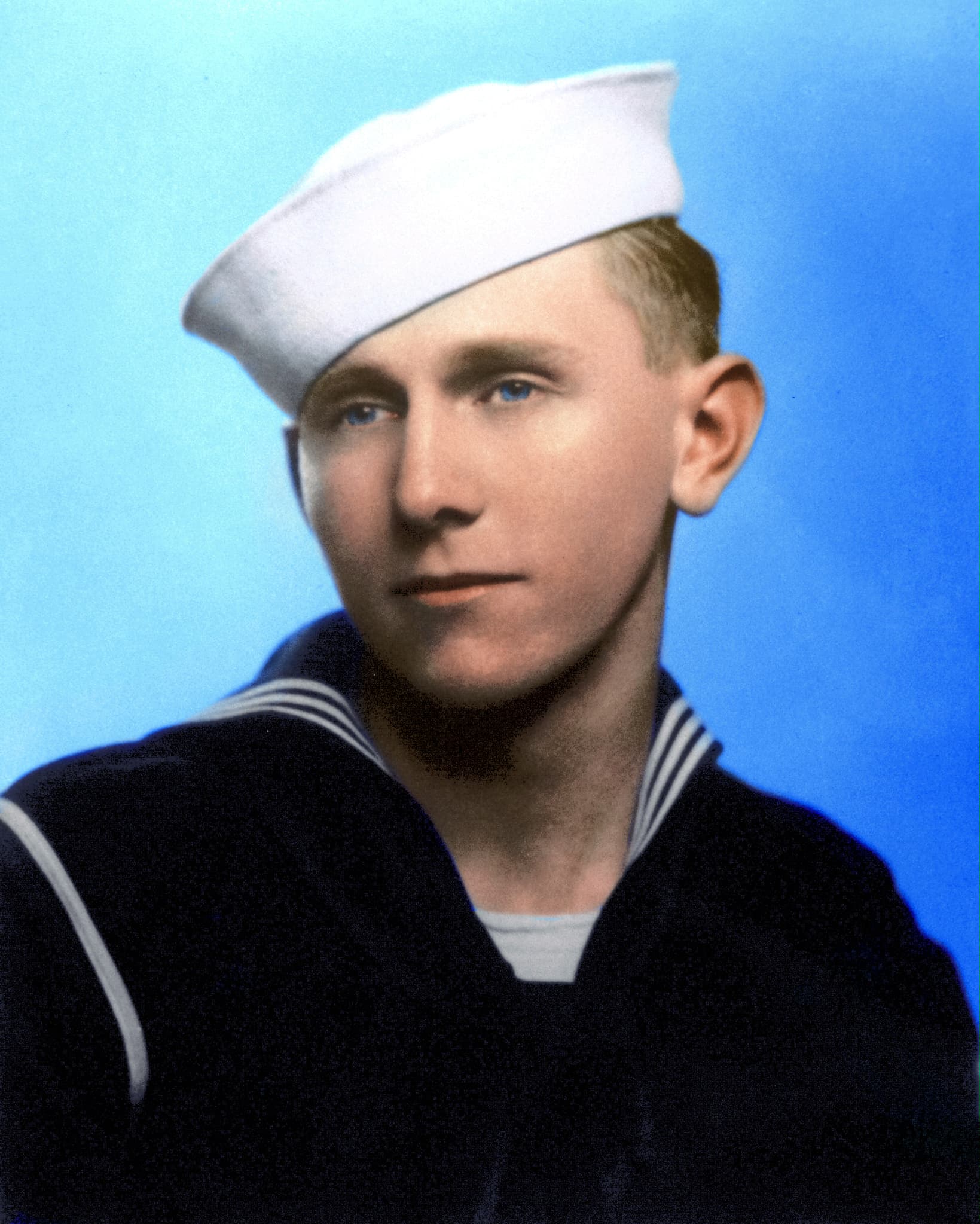 The President of the United States of America, in the name of Congress, takes pride in presenting the Medal of Honor (posthumously) to SM1 Douglas Albert Munro, United States Coast Guard, for extraordinary heroism and conspicuous gallantry in action above and beyond the call of duty as Petty Officer in Charge of a group of 24 Higgins boats, engaged in the evacuation of a battalion of marines trapped by enemy Japanese forces at Point Cruz, Guadalcanal, on September 27, 1942.

After making preliminary plans for the evacuation of nearly 500 beleaguered marines, Munro, under constant strafing by enemy machine guns on the island, and at great risk of his life, daringly led five of his small craft toward the shore. As he closed the beach, he signaled the others to land, and then in order to draw the enemy’s fire and protect the heavily loaded boats, he valiantly placed his craft with its two small guns as a shield between the beachhead and the Japanese. When the perilous task of evacuation was nearly completed, Munro was instantly killed by enemy fire, but his crew, two of whom were wounded, carried on until the last boat had loaded and cleared the beach. By his outstanding leadership, expert planning, and dauntless devotion to duty, he and his courageous comrades undoubtedly saved the lives of many who otherwise would have perished. He gallantly gave his life for his country.

Notice how every one of these was for a defensive stand? Interesting.

Good point. I wonder how many Medals of Honor awarded in WW2 were for defensive vs offensive gallantry.