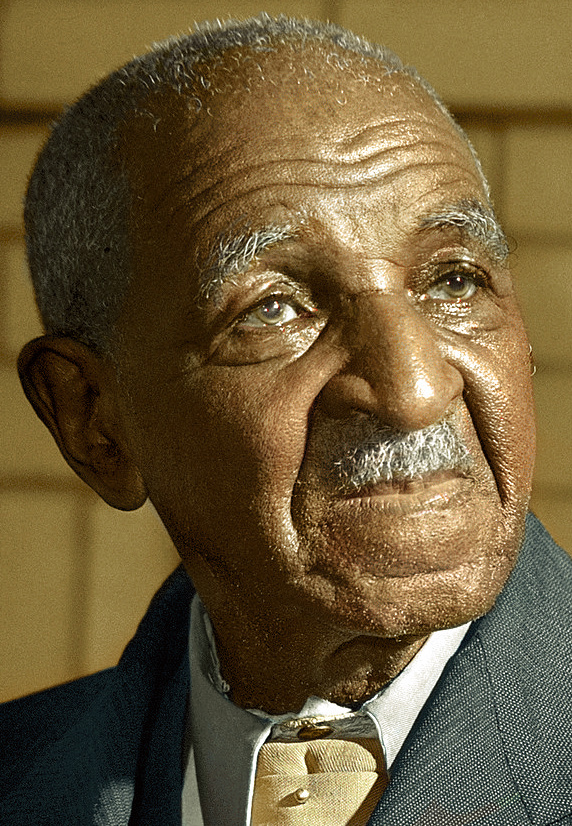 Tuskegee, Alabama (UP) –
Dr. George Washington Carver, 79, who was born a slave and became one of the greatest of American scientists, died last night.

He had been in failing health for several years, and last month suffered a fall from which he never recovered. He died in his home on the campus of Tuskegee Institute, where he had taught since 1896.

His chemical discoveries, especially of products that can be made from sweet potatoes and peanuts, increased the income of the South many millions of dollars.

He was appointed collaborator in the Bureau of Plant Industry of the U.S. Department of Agriculture in August 1935. He became a member of the Royal Society of Arts, London, in 1917. He was an excellent painter, and the Luxembourg Galleries of Paris wanted one of his paintings, but he declined the honor.

Although he received offers that would have made him a millionaire, he refused to leave Tuskegee, until last year when he did some research in Henry Ford’s Detroit laboratories. His formulas would have made him wealthy, but he gave them freely to the world.

Dr. Carver was never married and left no relatives. In 1940, he gave $33,000 – what was left of his life savings after a bank failure – to create a foundation to perpetuate research in creative chemistry.

He was born of slave parents on the plantation of Moses Carver near Diamond Grove, Missouri, in 1864. Night riders kidnapped him and his mother while he was still a baby. His master ransomed him for a $300 horse, but his mother had already been sold by her abductors and he never saw her again.

Carver’s work to be continued

Roosevelt among those lauding famed scientist

Austin W. Curtis, for eight years Dr. Carver’s understudy at Tuskegee, will be made director of the school’s research program.

In addition to assisting with research work on peanuts and sweet potatoes – fields in which the late Dr. Carver specialized – Mr. Curtis has conducted independent research on low-cost paints, developing them from magnolia, coffee grounds and Osage orange, and has supervised a fiber research project.

Funeral services for the noted scientist, who was born a slave, will be held Friday in the institute chapel.

Expressions of sympathy arrived today from prominent personalities headed by a message from President Roosevelt which said:

The world has lost one of its most eminent figures and the race from which he sprang an outstanding member in the passing of Dr. Carver.

George Washington Carver: Inventor, Scientist, Educator
George Washington Carver, one of the best-known scientists of his day, developed hundreds of products from peanuts, sweet potatoes, and mineral clays; promoted home-canning and the addition of natural fertilizers to improve soil fertility; and developed new varieties of cotton and amaryllis. Born a slave on a Missouri farm in 1865, Carver became the first black student and the first black faculty member at what is now Iowa State University, where he led bacterial laboratory work in the Systematic Botany Department. Carver later moved to Tuskegee Institute in Alabama to serve as the school’s director of agriculture, a position he held for 47 years. Join Carver biographer Dr. Gary Kremer for a lively discussion on the history and legacy of one of America’s most important inventors and scientists.

“At schools, on farms, and county fairs, Carver urged others to recognize their own potential, and that of their surroundings. He was committed to learning by doing. Students were encouraged to ‘figure it out for themselves.’ They need a thorough preparation to ‘do all common things uncommonly well.’”’
Carver standing with students examining mustard plants
https://www.nps.gov/museum/exhibits/tuskegee/lgimage/gwc21.htm

Wow that colorization looks good! I never realized he was still around during WWII. On a personal & coincidental note, my maternal grandfather was actually born the very same day Dr. Carver died & just turned 79 himself!

In tribute to the memory of Dr. George Washington Carver, famed Negro scientist who died a year ago today, civic leaders participated in a mass meeting last night at Schenley High School.

The principal speaker at the commemoration was Dr. G. Lake Imes, who for 25 years was associated with Dr. Carver at the Tuskegee Institute.

George Washington Carver is evidence of the reality of democracy. Without democracy giving him equality of opportunity, his great achievements never would have been possible. His life is an example of democracy of the future.

Others who spoke included Dr. Henry H. Hill, superintendent of schools; George W. Culberson, principal of the A. Leo Weil School, and Mrs. John M. Phillips, member of the Board of Public Education.