Umm… it kind of already did, just not the modern one we know now (that emerged by the '70s and popularized in the early '90s).

Check out The Dream of the Fisherman’s Wife from 1814.

Look it up yourself

South Pacific.
On December 3, an air striking group of dive bombers and torpedo planes from Guadalcanal attacked a small enemy force of light surface vessels about 150 miles northwest of Guadalcanal. Results of the attack are not known. 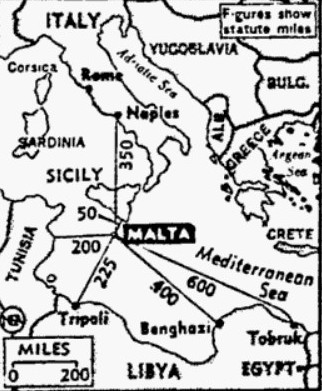 Cairo, Egypt –
Long-range U.S. bombing planes carried out a devastating surprise attack on Naples, it was announced today, scoring direct hits on an Italian battleship, two cruisers and other major objectives in the great Axis southern supply port for Africa.

The attack was made at dusk yesterday by heavy Consolidated B-24 bombers of the U.S. 9th Air Force.

The first attack of the war by U.S. planes on an Italian objective was directed against shipping, Italian fleet units in the harbor, and rail installations supplying the Naples docks.

There were excellent results with direct hits by heavy caliber bombs on all objectives.

The big American bombing planes, making a flight of several hundred miles across the Mediterranean, struck Naples at dusk yesterday and caught Italians by surprise.

U.S. planes had trailed Italian aircraft across the Mediterranean and the Italians were apparently not aware of the approach of the U.S. raiders until the attack was launched.

The Americans centered their attack on the Porta di Massa Quay, a communiqué revealed, and upon ships moored alongside.

Numerous hits were scored among the ships resulting in explosions and huge fires.

Other hits were made on the Molo Angioino, starting fires and sending up great clouds of smoke.

Direct hits were scored on a battleship and two cruisers in the harbor, the communiqué said, as well as on docks and railroad facilities.

U.S. planes encountered no Italian fighters due to the surprise of the attack but said they met “considerable inaccurate anti-aircraft fire.” All of the bombers returned safely.

The Middle East Command called the raid a success and the Italian High Command admitted it caused heavy damage, 159 deaths and 358 casualties in wounded.

The Italians described the attack as “short and violent” and asserted that one of the raiding planes was shot down.

The raid brought to sudden reality Prime Minister Winston Churchill’s warning to Italy of the heavy air blows which the Allies had in preparation.

The attack on Naples was regarded as of exceptional importance because it is Italy’s largest southern port and a center for shipment of supplies and reinforcements to the Axis air forces in Africa.

With Genoa regarded as largely out of commission due to heavy Royal Air Force attacks, the knocking out of Naples would severely handicap efforts to send more Italian and German troops to Africa.

Naples has been out of range of Britain’s long-range bombers for the most part except for flights in which the bomb capacity of planes was reduced severely so that sufficient gasoline for the roundtrip flight could be carried.

The flight from Benghazi, the most forward base which the Fortresses would be likely to employ, to Naples is 700 airline miles – about the same as the bombing route from London to Berlin.

However, it would be possible for the big planes to utilize Malta as a stopping-off point if necessary.

Florence, Arizona (UP) –
Pinal County Sheriff James Herron said today that an Army bomber, presumably from Davis-Monthan Field near Tucson, Arizona, crashed and burned 25 miles east of here early today. He said the eight men aboard the plane had been killed.

Herron said a crash crew had been dispatched to the scene of the wreckage by Davis-Monthan Field officers in the assumption the plane might be from the field.

The plane was on a routine training flight from MacDill Field.

I DARE SAY —
Tar goes down

‘Round three won’ –
Japs in peril in Solomons

Eyewitness of early action around Djedeida didn’t know whether to watch or run
By William H. Stoneman