A Navy official speaks –
We ARE losing, we ARE smug, we CAN’T wait

Nation’s spiritual rejuvenation ‘is a little bit like that of boy who says his prayers only when he has to sleep in folding bed,’ Knox’s aide says

Some observers think Germany can be brought to knees soon

Hollywood, California –
Lionel Atwill, veteran motion picture actor, today pleaded guilty to perjury charges, admitting that he had in his possession and exhibited lewd motion pictures in his home during the summer of 1940. 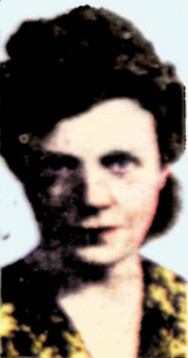 I’ve been told that many readers of this column are under the impression that I am a Roman Catholic. I’m not, but I’m glad that I have been thought to be, just as I would be glad if I were thought to be a good Baptist or Methodist or one of any other valid Christian faith.

The important thing is to BELIEVE, and to conform one’s living to that belief, as much as one can, I envy anyone who is a good Christian. To carp over what particular pattern his Christianity takes seems to me to be the recourse of bigots.

So, I was deeply touched when a friend of mine, a devout Catholic, gave me a St. Christopher medallion to send to my son who is a flier. It had been blessed by a holy man and so had become to her an emblem of absolute faith.

I sent it on to him with misgivings adjuring him to wear it. For, I dare say, I am not the only mother who often wonders just how religious her son is. Our sons are usually self-conscious about their souls and I for one respect their reticence.

So, I was glad to read in a letter this morning:

Please thank ____ for the St. Christopher. When you suspect that I might accept lightly such a token you do me a great injustice… Not only do I deeply value the periapt, but I wear it around my neck to keep from getting killed along with my army dog-tags which will identify me when I am.

I have set this excerpt down here because it seems to me to indicate a prevailing paradox: of the strange “mixture” of faith and realism in our boys now fighting this war. They are far more religious than we know; but they are, I believe, far more realistic than we.

It is said that the reason they accept the hazard of death so carelessly is that each one thinks in his own heart: It will not happen to me. To others, yes; but not to me.

I do not for an instant believe that this is true. The only difference between our own concept of death is still a specter, while to them it has taken on a natural substance and likelihood and is met, when it comes, as an unexpected stranger might be met, with natural inquisitiveness and a hope that he might prove to be not so bad a fellow after all.

Be all this as it may, this war, more than any other, is drawing us all nearer the dark and fascinating superstitions which familiarity with death always invites.

I remember how, during the last war, everyone became acutely superstitious; and I see evidences of a return of this psychic mood.

Dreams are being dreamed – presentments authenticated – these by the verist amateurs in the field. Absurd superstitions are being observed with scrupulous elaboration! Watch the passersby avoid a ladder in the street; water others than the moonstruck making solemn wishes on the new moon; see families recoil from being seated 13 at the table; and the fearsome suspense of those who hear a dog howling without reason in the dead of night, or a bird flying darkly about a bedroom…

“Are you superstitious?” you are asked; and you deny it scornfully. I do. I know. I am annoyed when some dark hoodoo thought passes, like an obscure relic of my childhood, across my mind and influences my actions. Yet I find myself unable to ignore “bad signs.”

Whence springs this FEELING that we have, a feeling that possesses us in spite of our reason? Nothing so persistent can be without foundation. Creatures of superstition that we are, we would have sprung free ages ago if these dark seizures which make us slaves of obscure fears and hopes had been based upon nothing.

Bad luck, good luck, DOES dog one. The “fortune tellers,” fake AND psychic, DO sometimes tell true. Dreams DO foretell. “Signs” ARE vindicated.

Who so phlegmatic or earthbound who has not had at least one wholly inexplicable “spooky” experience?

We say we do not believe in ghosts. We think we mean it. Yet anyone who has been close to death himself, or stood over the dying, or known the devastating grief of separation, and still declared himself immune from psychic persuasion, is lying in his teeth or is completely insensitive to the undertones of life’s perpetual miracle.

What we really mean, when we say we don’t believe in “ghosts,” is that we do not believe in the hooded figures that haunt graveyards and crumbling castles. But who would deny the possibility of penetration between this world and that other, who has even so much as listened to the radio, looked at the universe through a telescope, watched a baby born.

When the earth trembles, spirits walk. We deny it; but in our secret soul we know it to be true. What gives a mother vision of her son’s actual death, removed as is his body, around the globe itself? What charges the lonely air beside me with the sudden felt presence of some comforter long since dead?

Don’t say you don’t believe these things, for they have happened; if not to you, to those whose testimony is as valid.

More things than are dreamed of in our philosophies are abroad, thickening the space between our hell and heaven…

And I am humble in the presence of these invisible agitations… I can only avow that as I grow older, I find less and less to disbelieve, and more and more to credit, in this world so much in need of rapport with the dead…

Complete railroad and 9,000 buildings may be razed for scrap in New York

Interstate Commerce Committee given $5,000 for investigation

‘Lock her up!’ Britons cry at Nancy Astor