The British offensive in East-Africa takes off with some rapid advances. Meanwhile in Eastern-Europe, Romania is the stage of fierce anti-semitism, but also infighting between two of the groups causing the anti-semitism. Join us on Patreon: https://www.patreon.com/TimeGhostHistory Or join The TimeGhost Army directly at: https://timeghost.tv Check out our TimeGhost History YouTube Channel: https://www.youtube.com/c/timeghost?sub_confirmation=1 Follow WW2…

From the Italian newspaper La Domenica del Corriere: an attendant shields his officer from an incoming artillery shell on the Greek front. 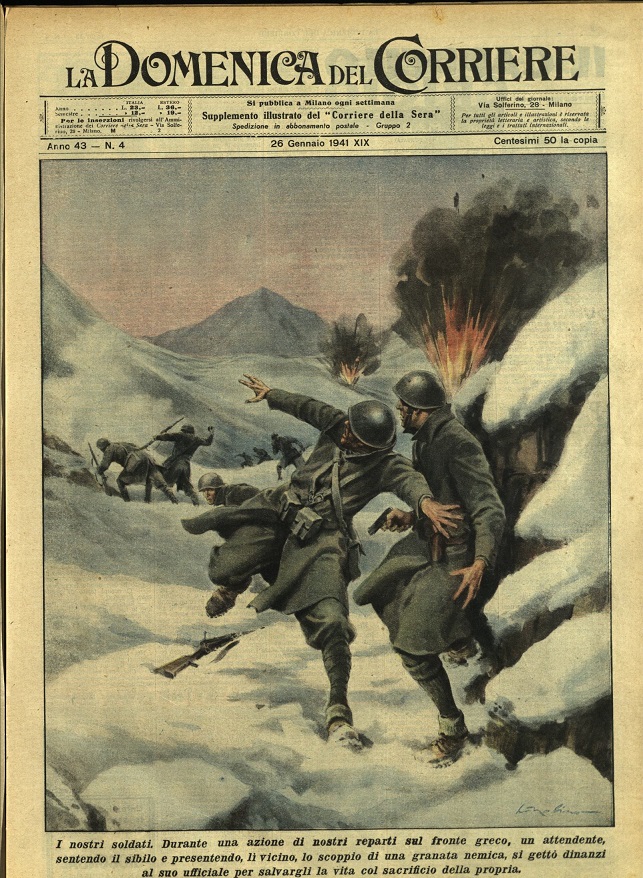 ^^^^After a few months of border skirmishes, full on war broke out between Vichy controlled French Indochina & Thailand on January 5th, 1941. Despite only fighting against Vichy forces, I’m placing Thailand in the 3rd parties list. The reason for this is since I placed Free France with the Allies & Vichy France in the Axis for reasons stated above & As both claim to be the legitimate government of France, they both claim to be the rightful owners of the disputed lands in Indochina, thus both would regard Thailand as a belligerent because Thailand is trying to take back land that it lost to France previously.