What was the German or Reichsbank monetary policy when the Nazis ascended into power during and before the start of WWII?

We often discuss about Germany’s fiscal policies such as massive and enormous spending on rearmament and war materials; however, we never do discuss of how what monetary policy the Germans went by.

Well, are you asking end-state Weimar fiscal policy, Nazi fiscal policy as Schlact thought or what or Hitler wanted to actually be?

Those are very different questions.

For this question I am asking for monetary policy after the Nazis ascended into power.

Well, I stumbled back upon this and because I don’t understand the strict difference, but no one else has answered the monetary policy heavy answer is the Nazis cooked the books. Officially very early on the Nazis pegged the Reichsmarch to 2.5 RM to 1 US Dollar, something on paper that remained official on the exchange rate until I think 1940 to 1941. In practice, normal people could not readily exchange large sums of money for foreign currency

This is because Hitler stopped what we would call normal import/export trade as much as humanly possible due a problem called the shrinking markets problem or what might better be termed for modern audiences “peak food:” 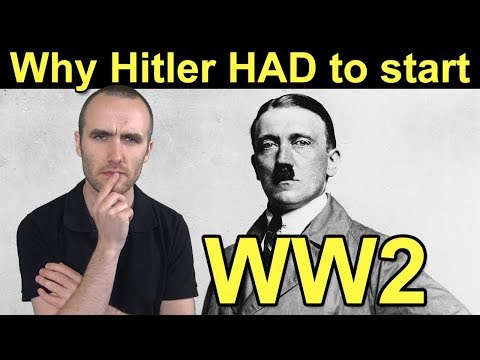 Note Tik here is an Austrian (by economic school) and is a bit reductivist, so I don’t agree that Hitler ultimately was pushed by ideology to start WW2 as much as by the house of card of corruption and misrule is administration was already teetering on but how much of an actual distinction that is is an open question.

Now this shutting down of all but essential commerce saved up foreign currency reserves to buy raw materials for a very fast, extravagant (planned economy) rearmament, that which could not be brokered with barter deals (having played Hearts of Iron I can say I LOVE paying for raw materials with supplies and finished alloys more than cash). But those foreign currency reserves were finite, and by 1939 they were a year from being exhausted. One of the reasons so many Jews refused to leave Germany is that they couldn’t ell their property and leave, in order to save their foreign currency reserves the Nazis insisted the German Jews more or less abandoned their property and flee pennilessly or sell their stuff pennies on the dollar.

They were also actively defrauding the German public MEFO bills, which were a Ponzi scheme to pay for rearmament at home. Now…to be slightly fair to Schlact, though this was a Ponzi scheme in structure, he onl;y wanted to run it to rearmament to about 1938, then use clever accounting to mitigate the worst effects, similar to giving a gravely wounded soldier a shit of adrenaline to get them to a field hospital and then giving them a counter shot to make sure they didn’t die from it once they were in a hospital bed. The results would be grave but better than dying in the field.

At least that’s how I understand it. When Schlacht understood Hitler had no such plans to stop, he protested in early 1939 and was sacked uncerimonously and spent the rest of the 3rd Reich completely shut out of the corridors of powers.

Schlact like many other right-wingers were concerned about either France going Communist or the Red Army being rebuilt as an army of conquest, which would have been strongly indicated by the almost exclusively heavy industry focus of the first and second five year plans of Stalin. So I don’t see Schlact as evil so much as using an immoral method to achieve a very legitimate aim given the world he lived in.

So, in short, German fiscal policy under the Nazis was like monkeys with a car: it was going somewhere, impressively far despite the obtuseness of the wheelmen (and their bickering) but always on the edge of disaster and invariably headed for a ditch because monkeys want to have a good time and don’t have enough good sense to imagine a sensible destination.

Oh and this video just came across my video feed from TIK. I vaguely remember the parts he quotes from Wages of Destruction but the others I have not read. It sounds like Confessions of an Old Wizard would be a read you’d want to consider if you wanted a really thorough understanding of the subject: 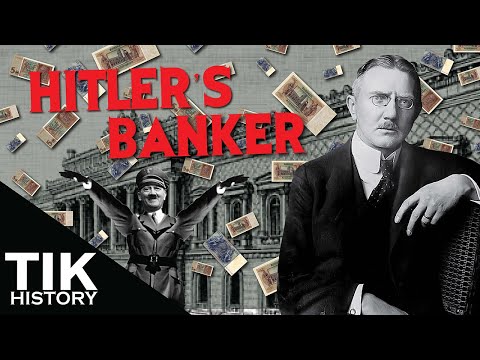 Hi !
I have some informations to give on that topic.

The germany monetary policy mainly differed from the other countries with the appearing of the mefo Bills.

Schacht Hjalmar was a very talented economist renowed for stoping the inflation in belgium in ww1. Schacht joined soon the nsdap then he was given the task in 1933 to stop inflation and find a way to eliminate unemployement, here he had the idea to create MEFO bills, here is the idea ;

-Schacht saw that lot of industrials had lot of money in their safe they dont use, he sarted asking himself the question how can i get this money ( so that the reichbank dont produce more money that will make the inflation greater )