With shortages of meat, eggs, gasoline, rubber ands whatnot worrying the nation, Hollywood came up with a number of bright ideas. Fortunately, indeed, each idea when properly executed is quite edible and, for a change (from the Hollywood point of view), quite economical.

Whether you are a movie star or John Citizen bucking a rivet gun in an aircraft plant, eating is pretty important, and eating well is doubly essential. With conversation a prime consideration, it isn’t how much money you can spend, but what you are able to buy and what you can “stretch” that count.

Hollywood has done a complete about-face and banned the lavish, costly dish. But, of course, Hollywood wouldn’t be Hollywood unless it put a few frills even on hamburger. In many of these dishes on the new “ration” menu, influences from South America and other corners of the world find their way into the kitchen.

These days when the inhabitants of Glamor Town take off their faces and sit down to dine, the taste may be varied, but every meal is eaten with the full knowledge that a quarter of a pound of butter or a pound of ground round steak is just as rare in Hollywood as in wheeling, West Virginia. Rarer. 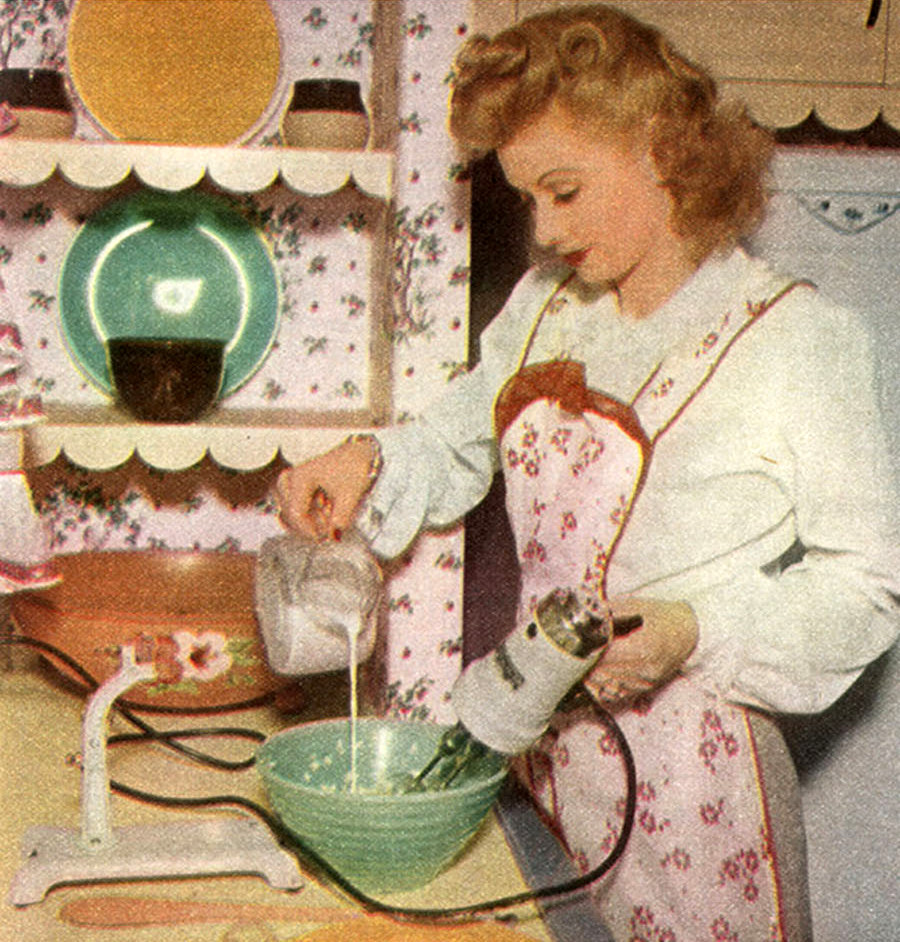 Lucille Ball stretches her butter by adding one fourth cup of milk, pasteurized sour cream, sweet cream or evaporated milk to one half pound of butter. She creams the butter first, then adds milk or cream gradually and whips in an electric mixer until blended. This method makes one half to three fourths again as much butter. This “whipping butter” can’t be used for baking, but is fine for vegetables, and on breads, toast or rolls. 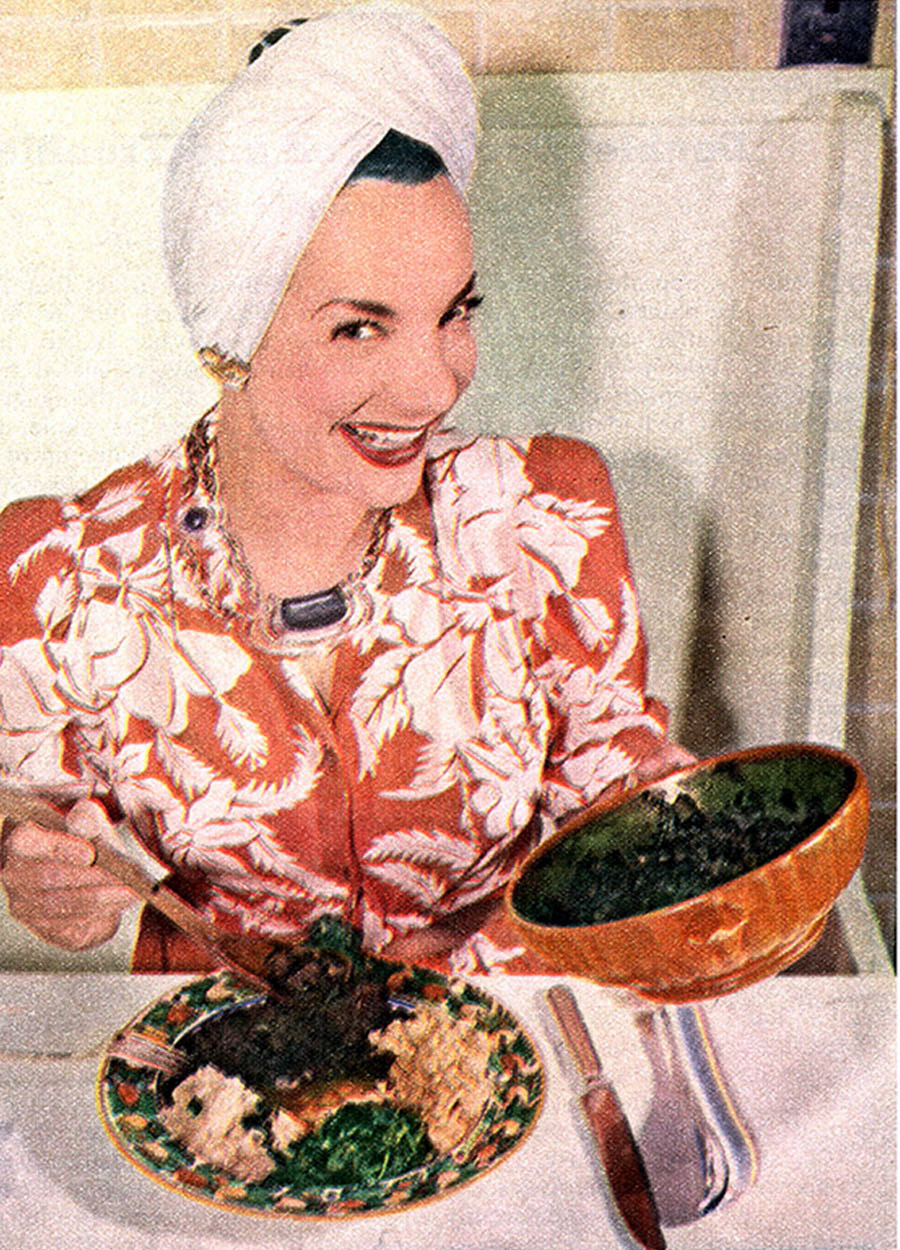 Carmen Miranda came forth with two recipes à la Brazil. They’re called feijoada and peadinho. Feijoada is made by soaking enough Brazilian black beans for four people overnight. Pour off the water, and add one clove of garlic, a piece of pork, two small sausages (cut in cubes). Add not water, cover and cover and cook over a slow fire for two and hours. Then add a chopped onion which has been browned in oil. To make peadinho, cook one pound of chopped spinach, add one half pound of chopped meat which has been fried. Then add one onion and a pound of small tomatoes which have been cooked slowly in drippings. Mix this sauce gradually with the spinach and meat. They these two dishes and you’ll know why Brazilians dance the Samba. Both recipes will serve four people. 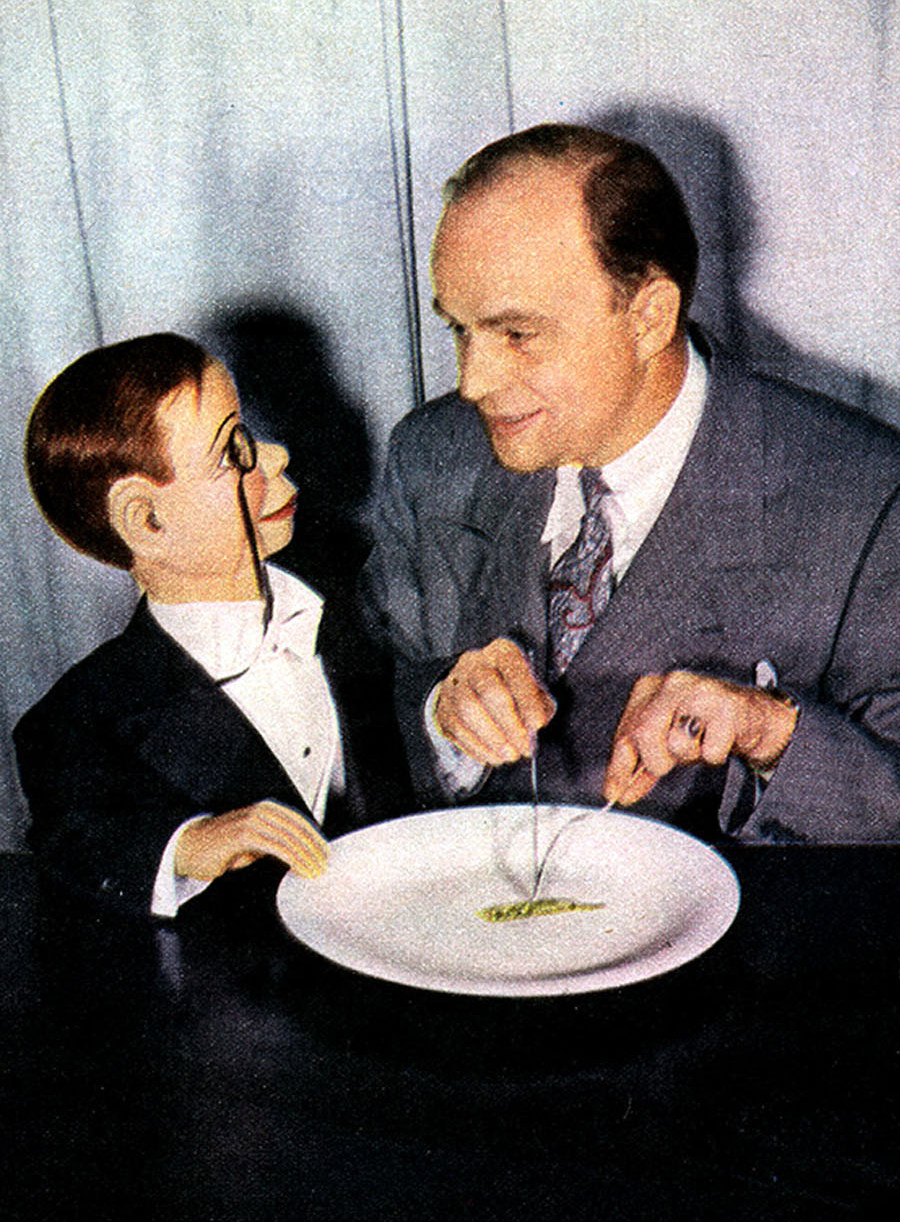 Charlie McCarthy shows Edgar Bergen how to remove the T-bone from a sardine. Charlie explains that you throw away the meat and eat the bone. “The bone is rich in roughage, you know, old boy,” he says. Disliking waste, the solicitous Charlie will eat the meat himself. 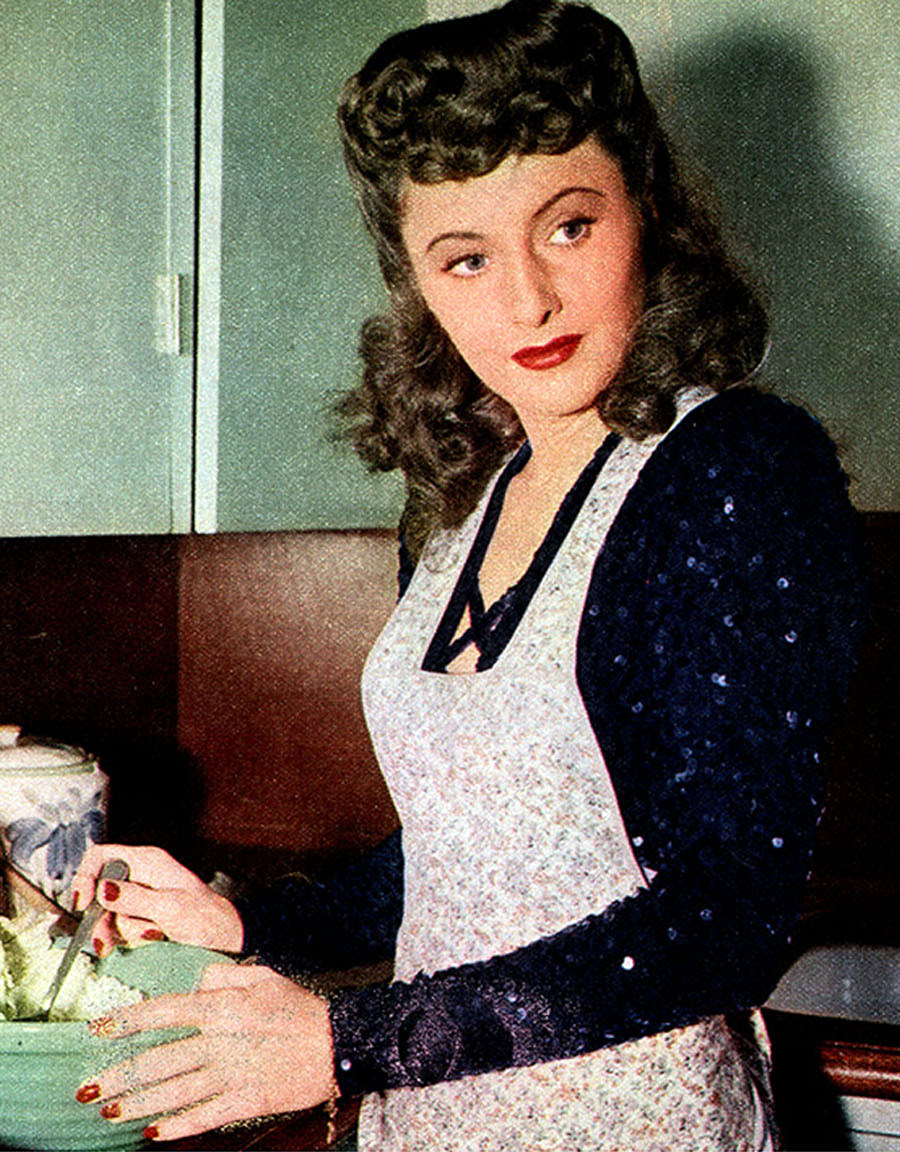 Barbara Stanwyck’s favorite salad is a combination of lettuce, tomatoes, celery, and chicken or leftover bits of meat. She says you may fill in with fish instead of the chicken or meat, if you like. Mix ingredients together with your favorite salad dressing just before serving. 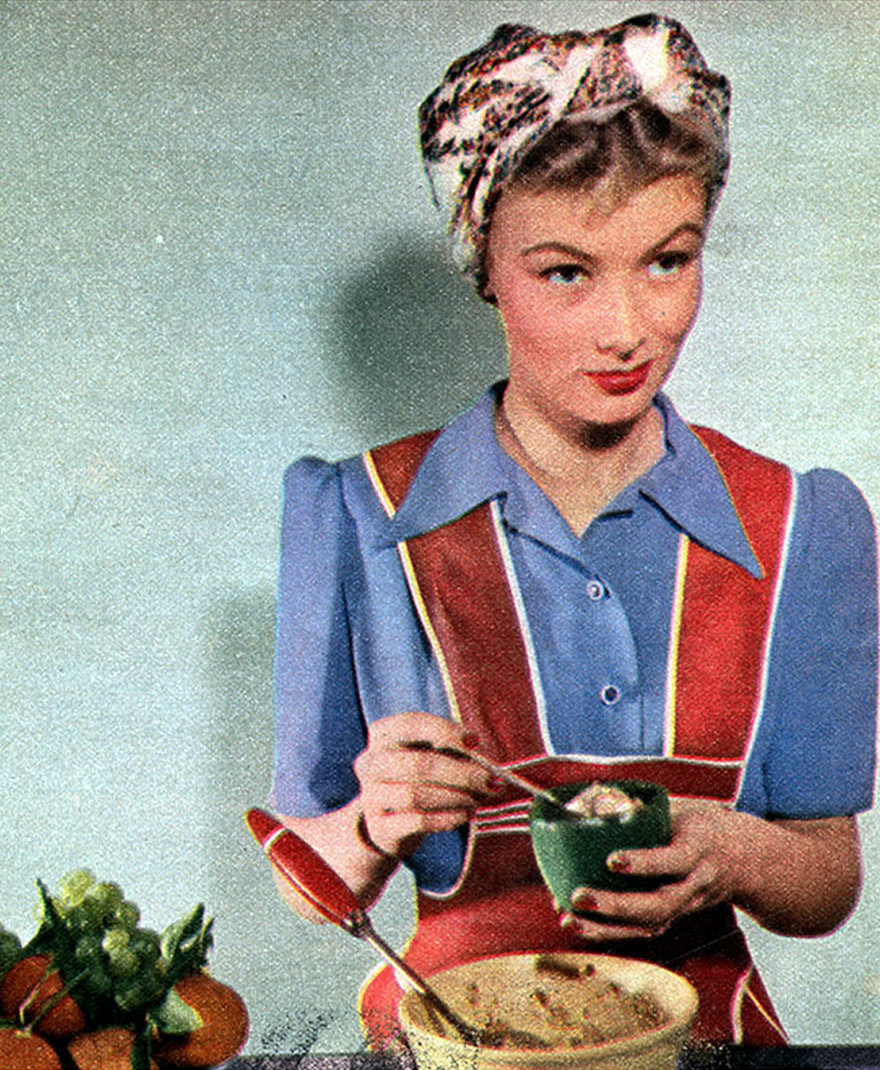 Veronica Lake makes Bell Peppers by boiling one cup of rice in salted water. Drain, wash rice in cold water. Add two cans tomato sauce and half-pound of fresh mushrooms which have been sautéed in ham drippings. Stuff six peppers, top with sliced pimiento cheese. Bake for half an hour.

Those are some of the best dressed cooks I have ever seen!

And the cleanest kitchens too.

By the way, what is the name of the dish she is making?