What if Japan had won the Battle of Khalkhin Gol?

Would Japan have continued a war against the Soviets with a plan to capture resources in Siberia? Rather than switching to a Southern strategy led by the IJN? Would this avoid the US ever entering the war?

well… it is hard to say what might have happened but yes… the Japanese might have gone ahead with their Northern expansion doctrine and may have split the soviet union with the germans. The only problem is that Siberia is vast and cold, so a perfect place for guerilla warfare. The infrastructure isn’t that great too… so I hardly see the japanese succeeding in their conquest of the soviet union.

I got to agree with you on this one. Japan was never going to succeed in Siberia. Besides that there was still the problem of supplies. Siberia has stuff but no infrastructure to get it out. Everything Japan needed now to have their empire was south.

It’s simple. The single greatest resource shortage for Japan was oil. The US had embargo would have shortly crippled Japan. In 1941 the Japanese went to the (utterly undefended) Dutch East Indies demanding supply. The US forced the Dutch to say no, but typically, did nothing to protect that zone. British Malaysia alsi had good oil resources and was very poorly defended.
In contrast Siberia had zero oil (operational and with pipelines) and the Soviet far Eastern forces (even if defeated in one battle) were many times stronger than all the forces facing Japan in the South.
Given these facts the Northern strategy makes no sense irrespective of the tactical situation.

No it would not have because 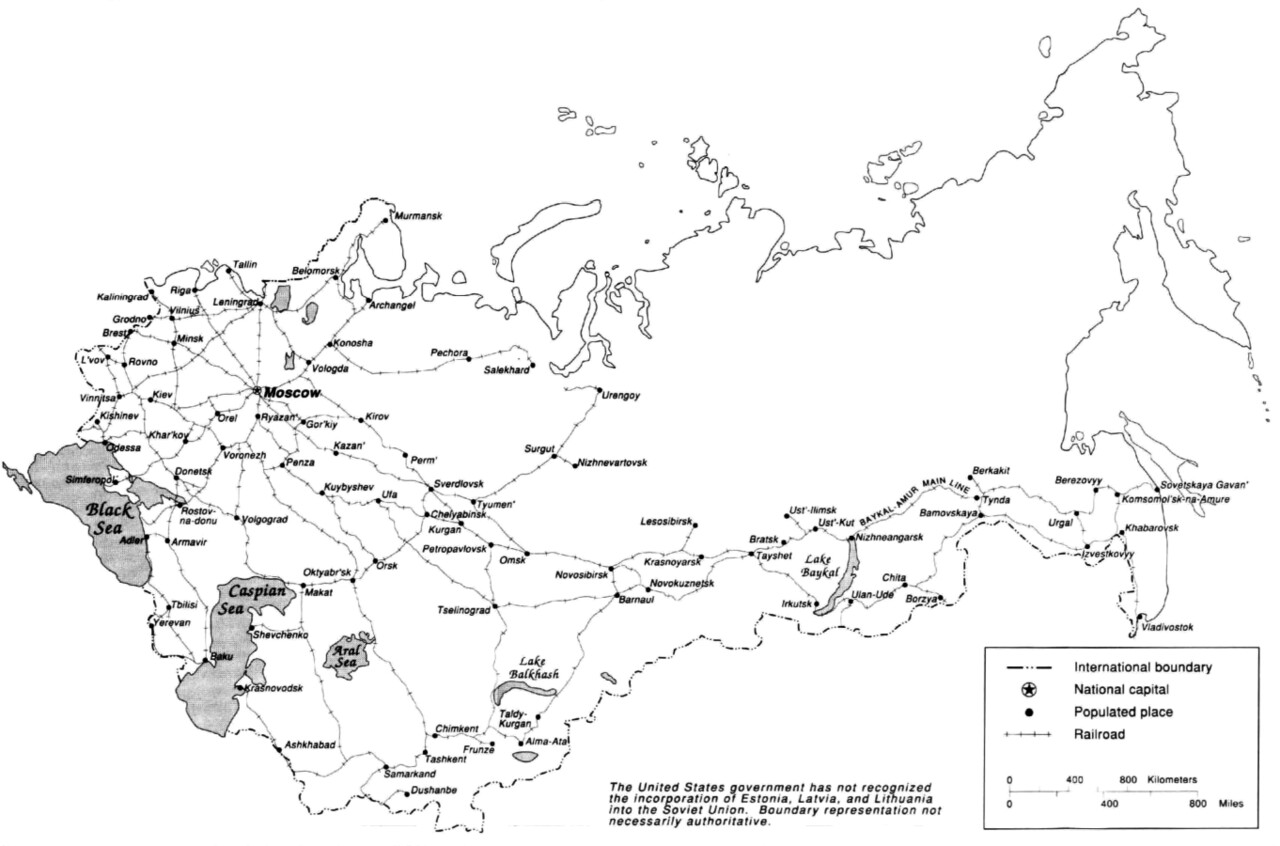 Here is a map of the Soviet Unions railroads in the year 1986. As you can see most of the infrastructure, it towards the west. Which means getting the supplies to the army as they advance further inwards would become a nightmare as they keep on advancing the soviet union and they would get bogged down pretty easily. So to solve the problem of one static front, they would solve it by creating another static front.

To add the woes… the general geography of the eastern side of the soviet union is mountainy. And mountains are not exactly an awesome place to conduct warfare. So if the Germans shot themselves in the foot by invading the soviet union, japan would have bazooka-ed their own foot.

Stalin did pull forces from Siberia to defend Moscow. So having yo keep those forces in siberia and supplied would of drained what they could send west.

Also the IJA was always pitching for this northern strategy so they must of had some expectation to be able to exact the resources from Siberia’s nascent oil and mining industries they needed?

Also the IJA was always pitching for this northern strategy so they must of had some expectation to be able to exact the resources from Siberia’s nascent oil and mining industries they needed?

wouldn’t that be for a long term plan, as they would invest resources into Siberia to get that nascent oil. But that doesn’t solve japans immediate problem that being the US embargo due to which they would run out of oil in 2 years which is why they chose the southern expansion doctrine.

Half of the Lendlease aid to Russia was shipped through waters controlled by Japan.cutting off that lifeline to Russia alone could have caused a famine in Russia, that had lost many grain producing areas to Germany.