What did the Iraqforce do after 1942? Were they just stationed in Iran or disbanded and sent elsewhere?

The Iraqforce participated in the Anglo-Iraqi War, Lebanon Campaign, and the Anglo-Soviet Invasion of Iran. What happened after that?

Iraqforce was a British and Commonwealth formation that came together in the Kingdom of Iraq. The formation fought in the Middle East during World War II. During World War I, the British Army defeated the Ottoman Army in the Middle East during the Mesopotamian Campaign. Subsequently, the League of Nations designated Mesopotamia as the British Mandate of Mesopotamia. From 1920 to the early 1930s, RAF Iraq Command was created as an inter-service command in charge of all British forces in the man...

Iraqforce was redesignated to the British 10th Army. It stayed in Iran to maintain communications lines to the Soviets and to protect Iranian and Iraqi oil fields. With the Allied successes in South Russia and North Africa, the unit would soon be disbanded as the Axis threat to Middle Eastern oil lessened. As of January 1943, it was part of the Persia and Iraq Command (activated September 1942).

This is the 10th Army’s insignia: 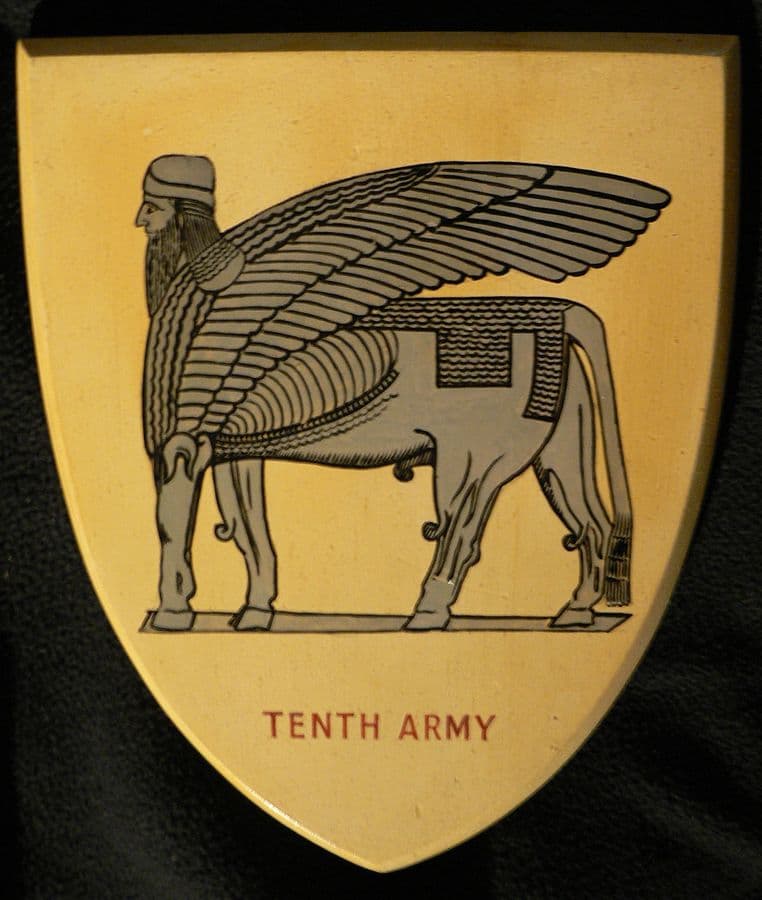