What did people think of the nudity in the nose art on bombers and fighterplanes?

I was wondering what the generals or policitians thought of the nudity on the art on the planes. The boys were far away with no women so I guess they tolerated it but how was it received at home? And how did the enemy like it when a plane crashed in their territory? How were morals then.

Good question. Welcome to the forum!

Pinup girls were common. Perhaps Norman will have a feel for how the public received them.

wait, was the nude art on the plane from a playbook magazine or something that the soldiers would draw because they were far away from home missing their wife/gf? 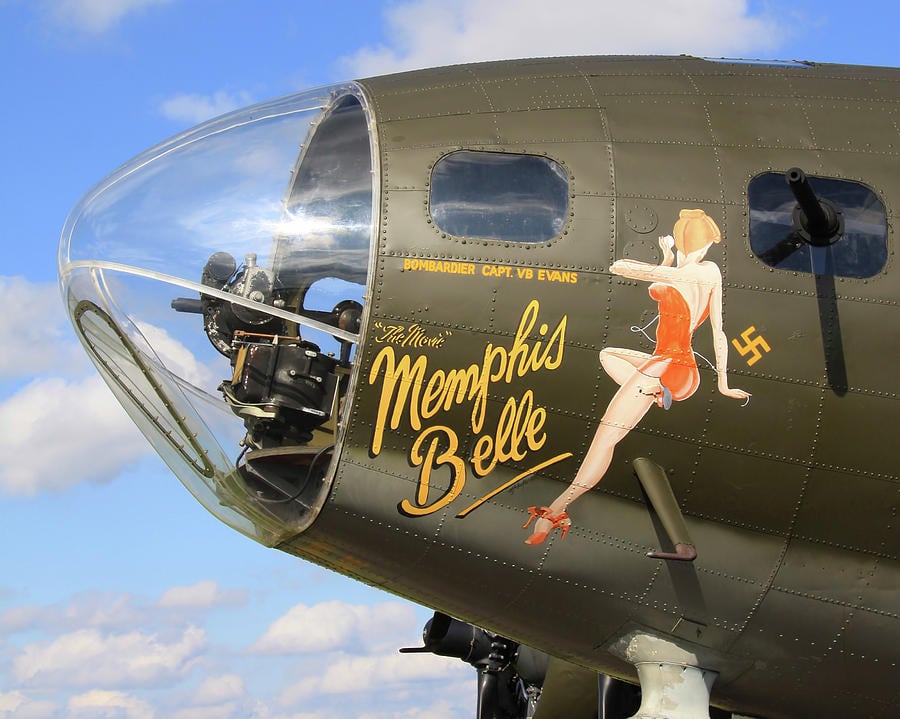 Nose Art created a powerful bond between man and his machine. Pilots wanted to see airplanes as almost human entities they could identify with.

Looks like they painted them. Although this article said Walt Disney had 5 artists assigned to do nose art for crews. So some might have had artistic help.

On both sides of the conflict These were huge morale boosters not only for the air and ground crews but for the civilian populace as well. Very little was off limits everything from full on nudity to funny cartoons to racism to pinup girls were plastered on all sorts of aircraft.

You also have to remember this was a different era with different understandings of what was right and wrong and it was a time of war and people needed things to look up to to brighten their day even if only briefly.

Even in today’s militaries those in combat zones tend to add flavour to their aircraft and vehicles although more respectful of the times.

Why should pinups be a problem on airplanes? This question seems strange to me. Americans seem, on average, to be more prudish than other nations. Nudity seems to be a bigger problem than violence. This continues to this day and has something of a double standard. Colonel Kurtz said in the film “Apocalypse Now”: “They teach the boys to throw incendiary bombs at other people, but they forbid them to write the word FUCK on their planes because it is immoral.”

Well you have to consider the times. Yes today, it seems strange but back then there was: Think of it like prohibition because it denied many things from the eyes ears and yes minds of the viewers and brought a more homogenous and virtuous view of life. I think it makes the question quite valid. I also believe that the public opinion of what happened in the war zone is fine over there but wouldn’t be fine at home.