Were there U.S. POWs that fought for the Soviets?

Thank you Indy, Spartacus, and the team for the great program! I had a paper route in middle school and one of my customers was a US Army veteran of the Phillipines Campaign and survivor of the Bataan Death March (the veteran passed away in 2001). He was a POW for the rest of the war and spent time in a slave mine in Manchuria. At the very end of the war, he was rescued by the invading Soviet Army in Manchuria and was “drafted” into the Soviet Army. He traveled south until his unit met a U.S. Army unit in Korea, which he was released back to the U.S. I have always wondered if there was any archival record of action this occurring.

One of the most badass people I’ve ever learned about in college was among those POWs who fought in the Red Army. 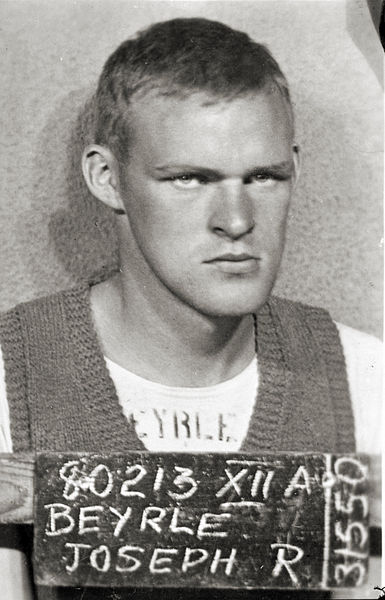 Joseph R. Beyrle (Russian: Джозеф Байерли, tr. Dzhozef Bayyerli; August 25, 1923 – December 12, 2004) is thought to be the only American soldier to have served with both the United States Army and the Soviet Red Army in World War II. He took part in Mission Albany, the airborne landings of the 101st Airborne Division on June 5-6, 1944, as a member of the 506th Parachute Infantry Regiment. He was captured by the Germans and sent east as a prisoner of war. After several unsuccessful attempts, Beyr...

Beyrle had a fascinating story indeed. I read this book a long time ago and I can recommend it. It really goes into detail and fits well with the other memories such as that of e.g. Ed Shames who very fortunately didn’t suffer the same fate as the latter was Jewish. 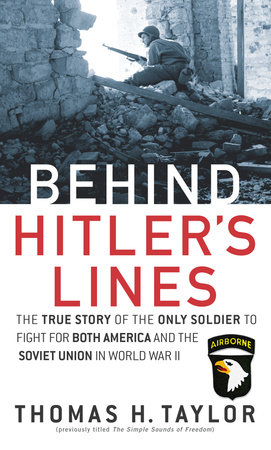 "Remarkable... Without a doubt, one of the most incredible stories you will ever read." -The Roanoke Times "Every once in a while, a true story comes along that reads like fiction... It grabs you...

Wow. I had no idea of Joe Beyrle. Thank you for sharing. The individual I knew (Bill Norfolk) was famous in our little town, the VFW hall was named in his honor. Bill explained that he survived the Bataan Death March because he was fluent in Japanese, so he was at the front of the line with the officers. He spent time in Japan at a aircraft factory, then went to a slave mine operation in Manchuria. One day the Japanese guards all ran away, and the Soviets entered the camp. None of the prisoners spoke Russian, and none of the Soviets spoke English. But one of the Soviets spoke Japanese, so Bill was able to translate again, and likely how he and the other POWs were enlisted in the Soviet army. I always thought his story would make an amazing movie.

I wonder what happened to him after the war. I hope he had a wonderful and stable life like my Grandpa did (he died in 2001 at the age of 93). I hope that he didn’t end up like my Dad (still alive but Korea really messed him up).

I found two Americans who fought. The afore mentioned Joseph Beyrle, and another guy who migrated to Ukraine in the Depression pre War and fought as tank Commander at Kursk, and pushed to the Reichstag and signed his name on the wall. His name is M.J. Nichoals Burlak, he wrote a book Love and War.