Were there any notable canadian figures or events in the early years of world war 2? Our school system fails us by barely teaching us anything regarding ww1 and ww2 so many of us know very little about our contributions

Please phrase your question in the title! - If the question needs more words, you can replace this text to add more information

There was the bank clerk who became a Wing Commander Mark Hilly Brown.

The story of the Manitoba bank clerk who became Canada’s No. 1 fighter ace. His score: Twenty enemy aircraft

Also a lot of Canadian First Nations people served in the war.

I met Nelson Bird of the Indigenous Circle (TV program in Canada) in November 2005 at Juno Beach. He was there to hold “Coming home” ceremonies for the spirits of the fallen. I got to talk to him, gave him a book with staff charts and got a cool DVD of his TV program.

He is a great guy his dad signed up in 1941 and when he was in Normandy he called him and he asked about “the house” on Juno. The first liberated house in Western Europe. This sent shivers down my spine.

PS At that point we were the ONLY ones on the beach early in the morning. 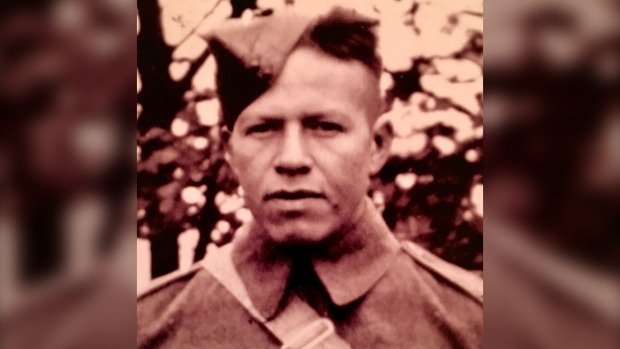 Charles Warren Bird from the Peepeekisis Cree Nation was one of about 3,000 Indigenous soldiers to serve in the Second World War. His son, CTV Regina’s assignment editor Nelson Bird, shares his emotional story.

Plenty! Check out CanCar and it’s then-CEO Elsie MacGill, “Queen of the Hurricanes”… Built some 1,400 Hawker Hurricanes in Canada. By all accounts, they were superb quality… Also designed some trainer aircraft/etc.

Another favorite of mine is the RAF Ace Willie McKnight. Douglas Bader’s wingman/protege… Hands down, the best nose art EVER… Menacing cackling skeleton weilding a sickle… It’s super badass.

As a Canadian I love your question! I would highly recommend you look into Canada’s highest achieving ace of the war, George “Buzz” Beurling. The Falcon of Malta had a really interesting life; his time in the RAF where he was basically a misfit who lived by his own rules and his achievements during the siege of Malta, all the way to his tragic but mysterious death. I highly recommend looking him up.

Hi I would have to say the City of Halifax . Because we went through it before we had a good idea how busy it will get and how dangerous . it would be . there were allot of people than who remembered Dec 6 , 1917 and the explosion , and no doubt weren’t that fond of reliving it . But we as well as Sydney switched to a wartime setting pretty quickly and we became the western stageing area for convoys heading for Britain convoys with an HX prefix were formed in Halifax and an SC prefix was formed in Sydney so until The U S got fully involved in WWII most of the materials that kept Britain in the war came from convoys that came from Nova Scotia