Were relation between japan and nazi germany as bad as it was portrayed in the man in the high castle? (spoiler ahead)

Hello, I’m asking by curiosity because in the show, they’re not protrayed as verry good, to the point of nearly starting a new war or not collaborating much since the nazis don’t help japan dealing with china and the BCR in season 4.
Thanks for your answers and sorry for my absence.

Well… they were “allies”. But did not have a common goal and sometimes worked against each other. For eg : the german trained chinese which were trained by the Germans (no surprise there) who fought in the Battle for Shanghai. Plus the war in Europe only worsened the Japanese Navy’s need. Don’t believe me? Well… let an Austrian tell you 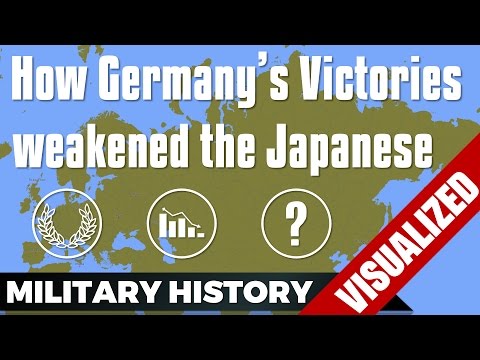 In short, the ships in Europe that did Merchant shipping now were involved in the fight. So… the need for shipping fell to other Merchant Navy’s. cough Japan cough

The best way I can define their relationship or the axis in General is dysfunctional. Nobody shared what they were gonna do with the other. For eg : Benito doesn’t tell Hitler that he is gonna invade Greece, Hitler doesn’t tell Pasta Man that he is gonna attack the soviet union and Tojo doesn’t Hitler and Mussolini that he gonna attack USA. They are all in it for their own goals and purposes and are not working towards a common goal.

If you want an analogy that is more European… well… think of Britain and France in ww1.

As for the show… I can’t tell you. Because I dropped it in season 2 because it was soo boring. The main character has less personality than a fallen leaf. All characters act very stupidly (Yes, I am creating a new word) and the dialogue is terrible.
“Oh… we need to go”
“Why”
“Just, Mom, Trust me on this.”
Wow… Amazing logic.

Hello, sorry I’m late, I took a bit of a brake from the channel, I’m catching up. While they were dysfunctionnal, would they go so far as declaring war at each other after a axis victory? My main issues with the show come more from season 4

While they were dysfunctionnal, would they go so far as declaring war at each other after a axis victory?

Who knows? Maybe? It is alternate history, so anything can happen.

But I do believe they would unless, Germany somehow changes it’s vampire economy.