Welcome to Out of the Foxholes - Questions category

This is were you can submit your questions for Out of the Foxholes. You can do so by creating a new topic inside of this category. We will make a selection based on the questions and the amount of likes, so make sure to like questions that you think are interesting. Once the question is answered, the topic will be moved to the ‘OOTF Answered Questions’ category – click here to go there.

Please note that we have disabled comments under pending questions, but have enabled the comments on answered questions.

Hi Indy and Crew.
What was the situation in the East African Campaign?

Hello Indy!
Could you please shed a light to the attitudes and thoughts towards Finnish people from the Russian side between winter war and the continuation war? Thank you.

I was wondering what the difference in difficulty of duties between regular Soviet Red Army troops and penal battalions were for the USSR?

Question for out of the foxholes. How good was the Soviet air force prior to and at the beginning of WWII?

hi . Did the Royal Navy ever perfect or acquire an effective dive-bomber? After the success German ju 87 Stuka and the American Douglas Dauntless and the Japanese Val they aquired Grumman wildcats from The USA British called them Martletts , What about dive bombers

The Fairey Barracuda maybe. Although the American planes are much better know the British had them too. It appearantly did suffer performanc from the very high temperatures though (= higher density altitude and less performance).

In it missions it didn’t encounter any Japanese carriers etc (tell me if I am wrong here) so it never got the fame of the Dauntless SDB dive bomber. It could have had at the right place and time.

Here is the manual

Some FAIREY Aircraft Pilot's Manuals PDF are above the page. Fairey Swordfish is a British World War II-deck carrier-based torpedo bomber created by Fairey Aviation. Serially produced from 1936 to 1944 and was one of the main aircraft of the British...

Hi it seems kind of strange that the British would build such great aircraft carriers and not invest in effective aircraft to use them I’m aware of the old swordfish and it’s great reputation which is well deserved but they were of another era. the way the American Devastator torpedo bombers attacked the Japanese carrier at Midway show the great courage but we’re basically wiped out. Imagine a strike of swordfish torpedo bombers The Tragically wouldn’t have lasted very long

Good dive bomber may have been effective when hunting the Bismarck, not that the swordfish didn’t do a good job, there’s a swordfish on display at the Shearwater Aviation Museum in Dartmouth Nova Scotia it was a flyable machine although I don’t think they have flown it in quite a while

Very good question indeed, I never thought about it. My first thoughts.

As for biplanes, they do have some advantages on small carriers. Because of the double wings they normally have a low stall and rake-off speed which means short runways. E…g. a Tiger moth can stall at 25 knots

I know some Japanese carriers had trouble or couldn’t even launch planes at zero wind. The book shattered sword is really good but I Don’t have it nearby.

As no one had angled decks at the time the planes had to be on the same deck/runway. This would shorten the available runway even more.

As hardly anyone had carriers and most of the intended fighting was ship to ship the Royal Navy probably didn’t spend more on it AND in the thirties money was tight and battleships were King.

So I kinda sea why biplanes such as Swordfish an Fieseler 167 were designed for carrier only uses. At the time no one realized the Japanese see way ahead of everyone.

Hi Marc ; My Father was in the Royal Canadian Navy in World war II he was posted to the Cruiser HMCS Uganda as a signalman when they went to the Pacific . He told me once that when they were at Action Stations escourting British Aircraft Carriers they would send a signal which said " Carrier turning into the wind to launch fighters " or something to that effect, He told me they would send it only once so you better get it than an aircraft carrier would commence a turn into the wind so don’t be in his way

Wow, very interesting. Carrier operations are to me surprisingly complex especially because planes could either take off or land in the pre-angled deck days

This site is from the author of Shattered sword. It is about US carriers.but still quite interesting. Especially because it is based on Japanese research as well which meant that the Battle of Midway history had to be written.

This is a good site which explains the armored decks and logic. It neatly.fits with what Parshal wrote about British Carriers. Sadly they never got the fame of the USN carriers.

”Where Henderson failed, however, was convincing the RAF that dive-bombing was a powerful technique against surface ships. It refused to accept his argument that it held significant advantages in accuracy over level bombing."

An overview of how the 1930s Royal Navy settled on a strategy to deal with a rapid pace of change and a challenging set of requirements. 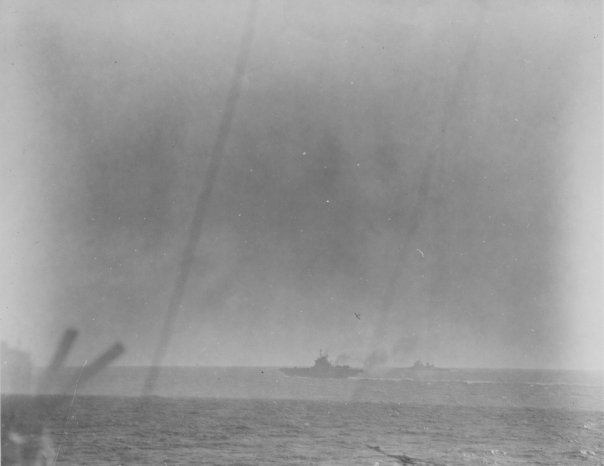 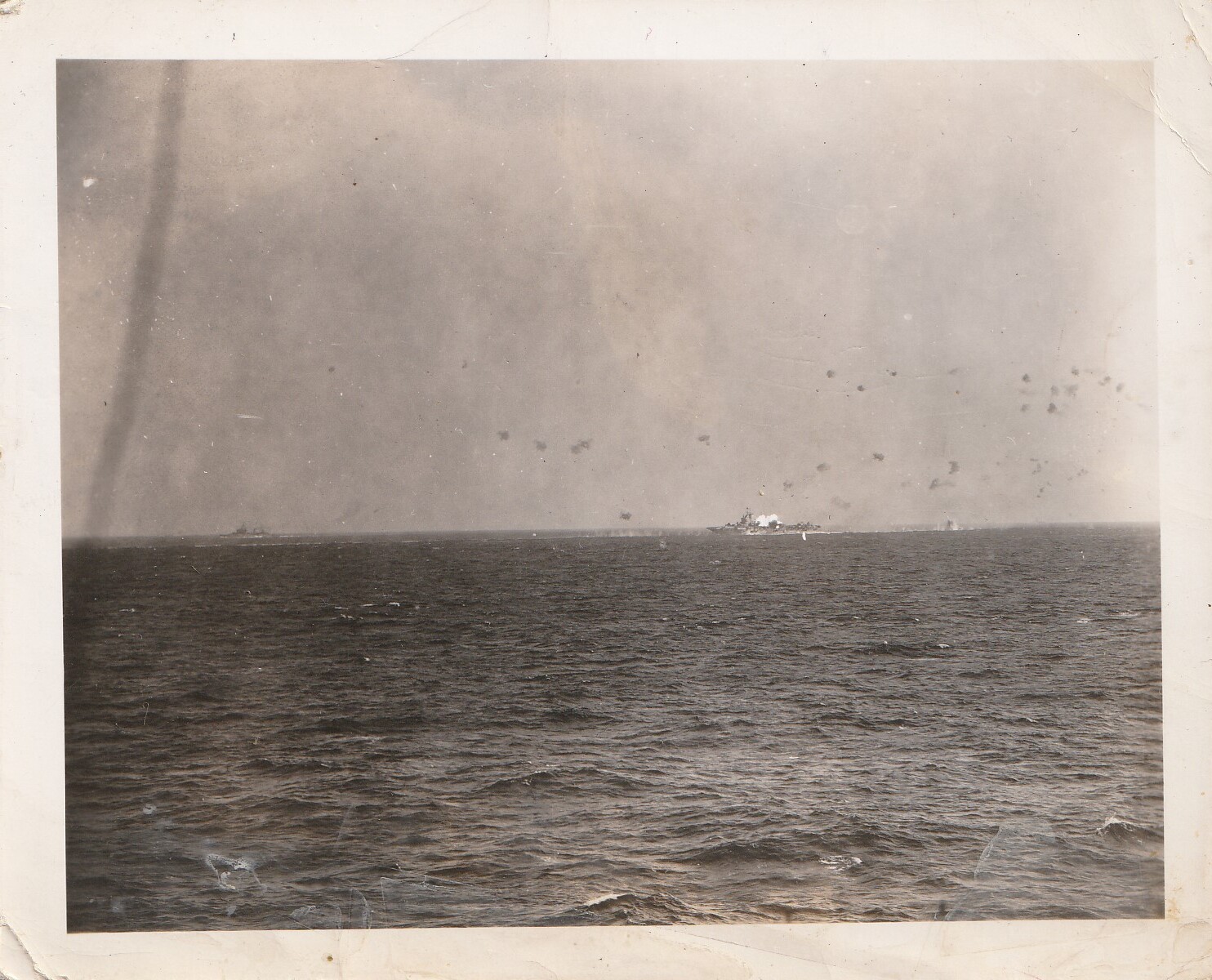 Hi these 2 pictures are from my late father’s albums taken when he was in the Pacific on HMCS Uganda in 1945 the first shot is a Kamakaze Diving on a British aircraft carrier , the second shows the explosion when it hit

HI Indy! Love this show and the Great War, you’re a nifty dresser and a great presenter.

My question is two-fold and hopefully simple to answer:
First, if Hitler had respected the Munich Agreement insofar that he left Czechoslovakia proper alone after getting the Sudetenland, would the Entente have been prepared to let Hitler have his first demands on Poland, which if I recall were only union with Danzig and telegraph access. I know later there was talk of a referendum on West Prussia based on who lived there in 1918, and that the Entente would probably have been willing to fight for, given the perceived need for Poland to have access to the sea.

The other is why didn’t Neville Chamberlain leave a small contingent of British soldiers, no more than 2,000 men, as a tripwire in Czechoslovakia as part of the Munich Agreement? If it had led to war, it would have proved Hitler was about conquest and not re-unification and popular sovereignty, and if Hitler had accepted it, then the occupation of Czechoslovakia would not have happened. Either way, the Chamberlain government would have saved a lot of face and certainly would have been perceived as less craven.

Thank you, I love these shows, I wish I weren’t disabled so I had the extra money to become a patron.

Hey, big fan of the show!

Was wondering why Argentina declared war on the Axis late in the war despite their cozy relationship with the Nazis, actively sheltering war criminals post war and the like?

Since Barbarossa is incoming at the time of writing this, was wondering about what happened between the USSR and Japan + it’s puppet states, since Japan was in Axis with Germany and Germany was actively at war with the USSR? Was there any fighting?

Those are awesome photos! HMCS Uganda has a really interesting story that I hope they get to cover on the show.

Hi yes Uganda renamed HMCS Quebec after the war, I believe was a British colony class cruiser damaged in the Mediterranean by German bomb rebuilt in the US and transfered to Canadian Navy this is when my father was posted to it at the signalmen. it had the rather dubious distinction of being the ship that voted itself out of the war. When Germany surrendered in May 1945 the most Canadians the war was over . the Canadian government decided that only volunteers should be sent to fight the Japanese, this is all well and good except for those already there so when the captain of hmcs Uganda was told we had to conduct this stupid vote on a ship in a war zone he objected, He told is Commander’s back in Canada that they will stay until relieved buy replacement ships from Canada because they were in need of work anyway. But they said no they have to carry on with this vote anyway, so basically they asked all the crew members if they want to stay to continue fighting against the Japanese Most said no I don’t want to be here but we will stay until we are relieved, the vote went 2 to 1 for not wanting to be there. This may sound bad but if you asked a group of soldiers laying in the trench filthy and hungry if they wanted to be there you have to be crazy to say yes that doesn’t mean they won’t do their jobs well but when the government got the answer they recalled Uganda instead of they have it there until relieved. I never asked my dad how he voted and he never told me. But the constant Heat of the South Pacific the maggot infested food would have Been enough to decide my vote