When I was Los Angeles early 2000 I got to talk to an “old lady” in Los Angeles when I asked her why there were a massive number of trailers there accross the lake. It turned out they were filming Little Nicky and that the movie wasn’t well planned. They filmed at night and had to run off to the K-Mart to get heaters as the snakes in the movie decided it was too cold to move ;-).

But as this is not what you were planning to read when clicking this post I get to the point.
When the discussion moved to Aviation she told me that she ferried B-25 Bombers in World War 2 to Europe and took flight training on other planes including the Harvard ( The Pilot maker/breaker NOT an easy plane to fly). She obviously knew quite a lot about the Multi engined plane. I didn’t know they were a “civilian contractor auxilery” at the time and had to pay themselves. The also did test training and trained male pilots who went off to war. That was new to me at that time.

A famous on is Cornelia Fort who nearly was shot down by Japanese planes in 1941 as she encountered as a Certified Flight Instructor on a training flight. She became a WASP as well.

This is a recent webinar from the Commemerative Air Force, which keeps aviation alive. They research is very well done (disclaimer I am a supporter (CAF Colonel and took several flights with them, the CAF is non-profit).

Here is the webinar, there is a whole bunch of them as live lectures have been cancelled…

they were filming Little Nicky

A famous on is Cornelia Fort who nearly was shot down by Japanese planes in 1941 as she encountered as a Certified Flight Instructor on a training flight. She became a WASP as well.

As far as I know, Tora! Tora! Tora! was the only film about Pearl Harbor in which that incident was portrayed. 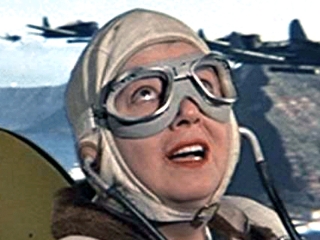 Some of them are still alive, sady the yearly event was cancelled. But we can still send a thank you note to the 90+ veterans (They are recognized as military now). 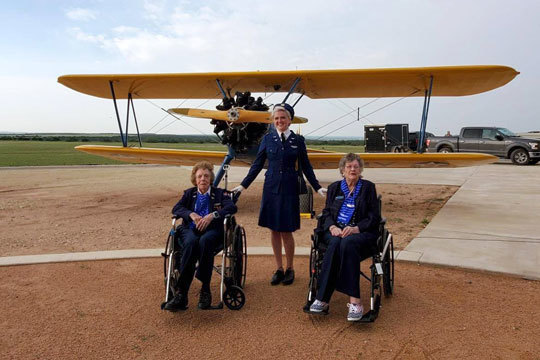 WASP Supporters Seek Another Way to Say Thanks! After Annual WASP Homecoming...

In conjunction with the National WWII WASP Museum and the 99’s, the CAF WASP Squadron is requesting that people send thanks and greetings to the remaining WASP, especially those with important birthdays coming up. All of the surviving WASP are over...

Indeed I tried to watch it once because I saw the filming. Hard to imagine it took an unbelievable number of people to make this crap. Only give it to people you hate.

Only give it to people you hate.

Oh no, I’ll give them Wild Wild West and Battlefield Earth instead, thanks.

The WASP mascot FifiNella. The Fifi now is a B-29superfortress which was also flown a WASP and the Nella is a AT-6 600HP Texan trainer (or Harvard for non US Americans) 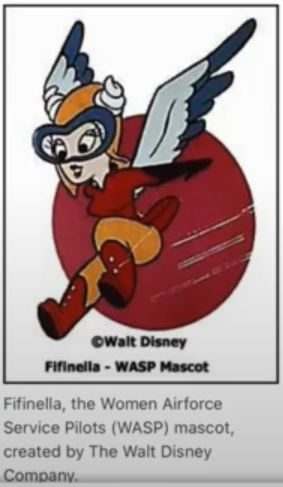 As far as I know, Tora! Tora! Tora! was the only film about Pearl Harbor in which that incident was portrayed.

Actually, not sure if you’ve seen History Buffs but he did a great review of this film. Moreover he sneaked a shot in of some VERY GRUMPY Tomcats taking on the Zeroes
(another flick)

That was from The Final Countdown, a time-travel movie starring Kirk Douglas.