I am a Polish person and I was very much looking forward to seeing the Timeghost team cover the events of the Volhynian massacre. The topic is not known internationally much but has a sizeable death toll and postwar importance. I was hoping that through your coverage I would get more informed and that the events might get more international recognition.

TL,DR: Why are the massacres in Volhynia not covered by the WW2 series?

Hi! I’m not part of the timeghost folks, but I do post a week-by-week as a sort of text-only adjunct (which they know about), with (perhaps) a different collection of stuff. It can be found on reddit at 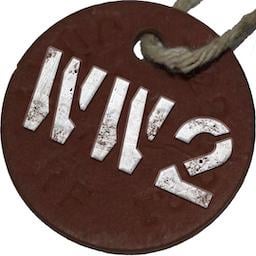 r/WorldWarTwoChannel: The spiritual successor to The Great War Channel, Indy Neidell explores the intricate aspects that make this war so unique and …

The direct answer to your question is, I don’t recall if the TG weeklies had coverage.

Here’s the entries in mine (reddit) for 1943. Note, again, that I have no connection with the timeghost folks, except I’m in the timeghost army, and they’re not in the “mcgrew mob”

july 11, 1943: The “Ukrainian Insurgent Army”, an organization that fights the Russians, and the Germans in turn, carries out a major operation for its favorite activity - murdering Poles. The Ukrainians go from village to village in northwest Ukraine - destroying 99 villages and killing everyone they find there. They are joined by local Ukrainians civilians - most in the killing; some few Ukrainians hide their Polish neighbors until it is safe to flee.

july 12, 1943: The “Ukrainian Insurgent Army” continues its favorite activity - destroying Polish-inhabited villages and murdering the inhabitants - in northwest Ukraine. Fifty additional villages are destroyed, and most villages’ inhabitants murdered. (Some are giving a “humanitarian” choice: leave now or die.)

August 21, 1943: The “Ukrainian Insurgent Army”, a Ukrainain partisan organization, holds its “Third Extraordinary Grand Assembly”, in which it condemns practically everybody: “internationalist and fascist national-socialist programs and political concepts”, and “Russian-Bolshevik communism.” It endorses a “system of free people’s and independent states - the single best solution to the problem of world order.”

To do this it will murder Poles, fight Germans, and fight Russians as situations come up. It will cooperate with the Germans, and see to the “cleansing” of Volhynia and East Galicia of Poles by the simple expedient of killing them all.

It will survive the war, and fight a guerilla war against the (Communist) Poles until 1947, and against Russia until 1949.

It endorses a “system of free people’s and independent states - the single best solution to the problem of world order.”

What are free people according to the UIA (Ukrainian Insurgent Army)?