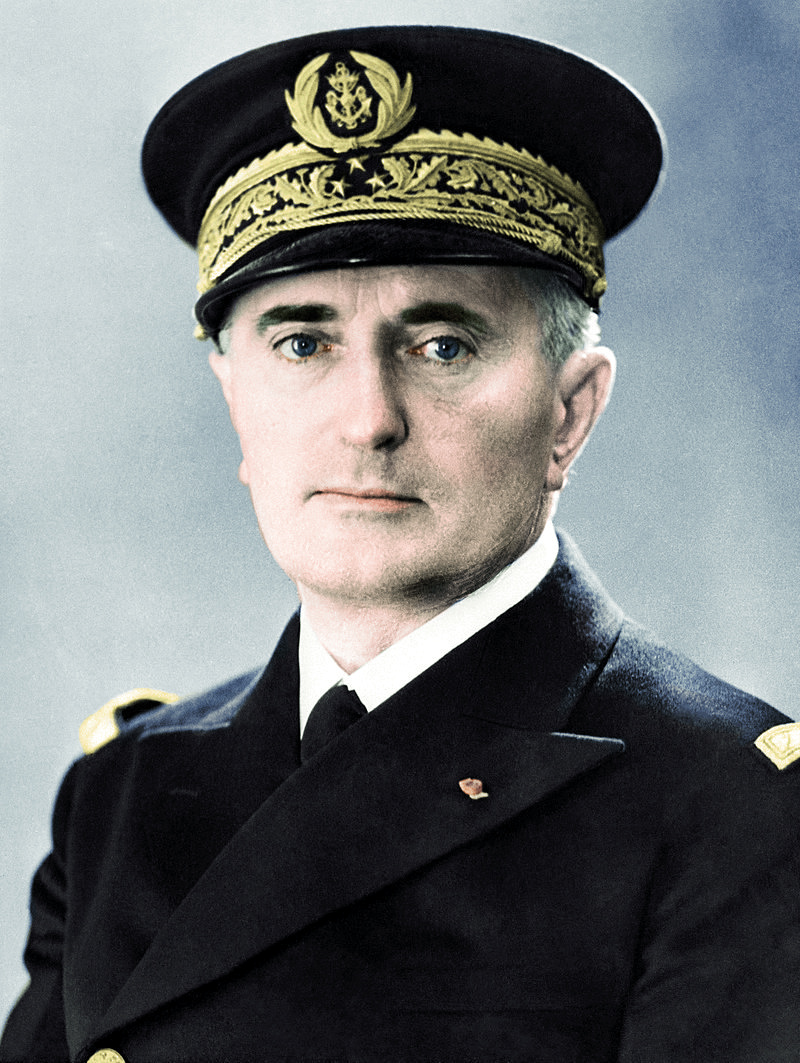 Vichy, France, Aug. 12 (UP) –
Admiral François Darlan today assumed power as great as any figure in French history since Napoleon when an official decree gave him authority over the armed forces of unoccupied France and the colonies.

The decree, published after some delay in the Official Journal, had been approved by the Council of Ministers after the return of General Maxime Weygand, pro-consul for North Africa, to his post.

General Weygand, regarded as not unfriendly toward Britain, will apparently be more directly responsible to the anti-British Darlan, who has pressed for collaboration with Germany. The Moscow broadcast today reported that Germany had presented an ultimatum to the Vichy government presumably demanding increased collaboration and that Darlan favored a “definitive alliance” with the Reich.

The power conferred on Darlan was described as probably greater than that held by any man in France since Napoleon, or since the previous parliamentary system has been abolished.

The Vice Premier also directs foreign affairs, propaganda, the admiralty and commands the fleet. He is designated as successor to Marshal Henri Philippe Pétain.

In addition to the powers given the Vice Premier, a decree promoted Pierre Pucheu to the status of Minister of the Interior and named two new ministers of State, Lucien Romier and Henri Moysset. Two new Secretaries of State, Paul Charbin for supplies and Dr. Huard for health, were appointed. Jacques Chevalier, who has been Secretary for Health, was dropped from the cabinet.

Secretary of State Cordell Hull said today the United States is observing with interest the changes in the Vichy government. Some Washington officials regarded Admiral Darlan’s ascendency as indicative of extending Franco-German collaboration in Africa.

The secretariats of state, family, health, education and youth were attached to the Ministry of the Interior. Five secretaries of state were named: General Jean-Marie Bergeret for air; René Berlin for labor; Rear Admiral René-Charles Platon for colonies; Jean Berthelot for communications; Charbin for supplies.

Paul Marion was named general secretary for information and propaganda.

A decree signed by the Chief of State, Marshal Henri Philippe Pétain, suppressed the salaries of Senators and Deputies in the old Parliament as of Oct. 1. Parliament had not been in session since July 7, 1940.

Another decree prohibited meetings of the old or existing political parties.

Marshal Pétain arranged to announce by radio tonight social and economic reforms authorized by the council, including wage increases and changes in the status of labor.

The cabinet changes were regarded as failing to meet the demands of the German-controlled Paris newspapers for a far-fetching shakeup, including the return of Pierre Laval.

There has been widespread speculation over the trend of French collaboration with Germany. France sought to assure the United States that no bases, such as Dakar in North Africa, would be turned over to the Germans. The British have insisted, however, that Admiral Darlan might give naval bases to the Germans or permit use of the French naval forces by the Germans.