Units on the WW2 map

I was wondering on the map we see during the WW2 in real time episodes when there a big gap in the line between units, is that just because units along that part of the line have been extended to cover that whole section? Or is there another reason?

Take from this week, on the German side of the line near Velikie Luki There’s no units on the map between the 218th division north of Velikie Luki to 253rd division to the east. 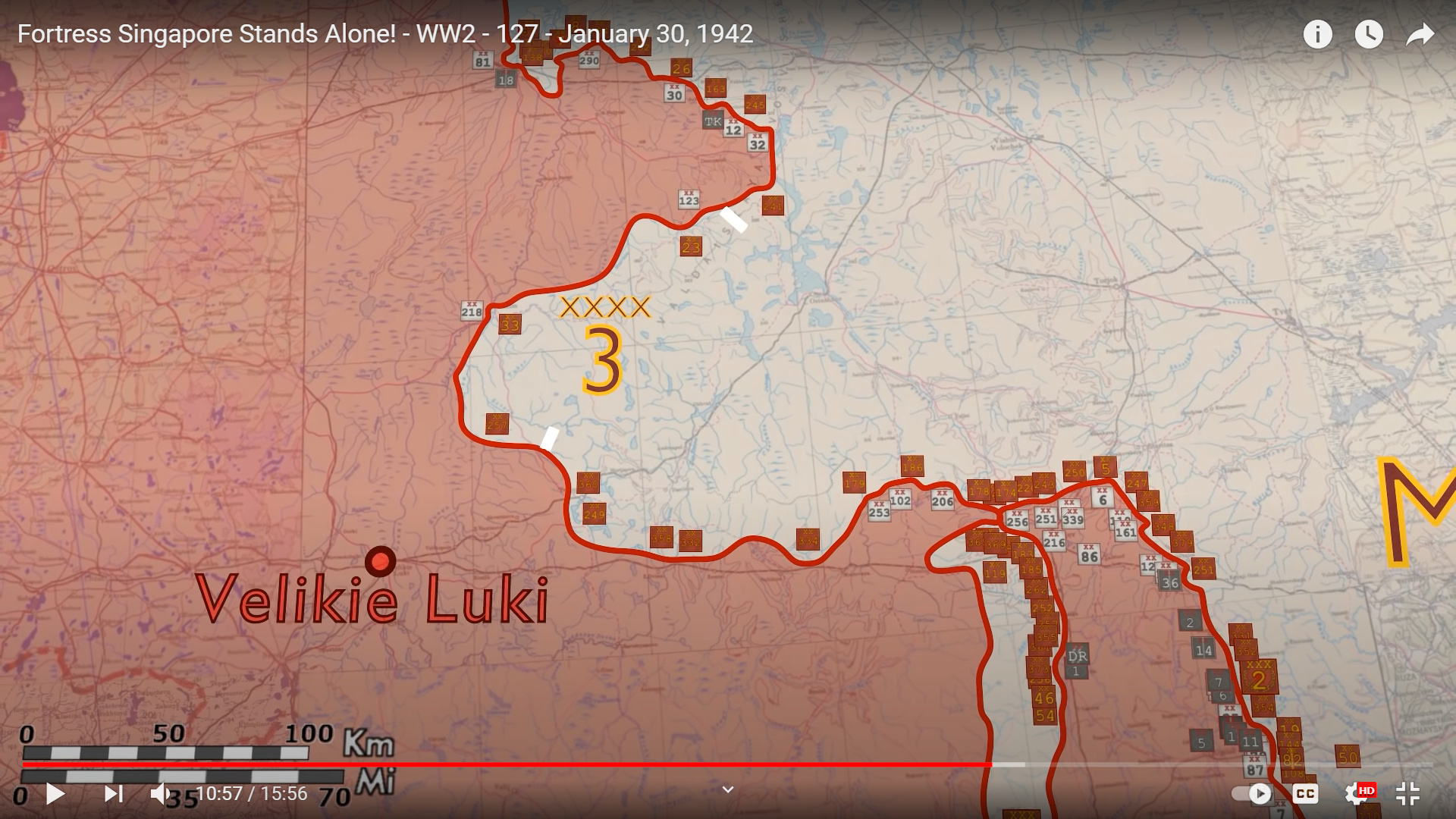