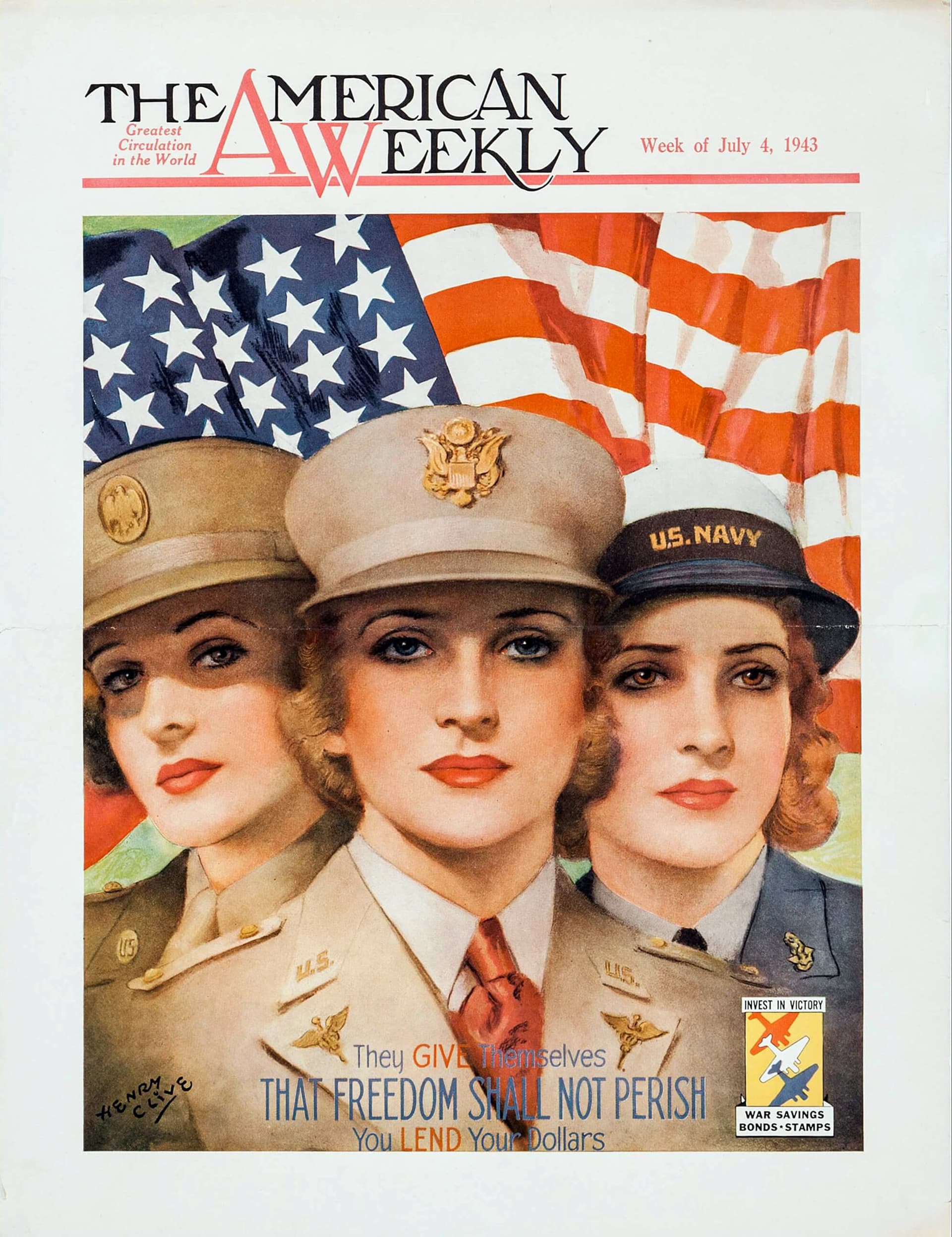 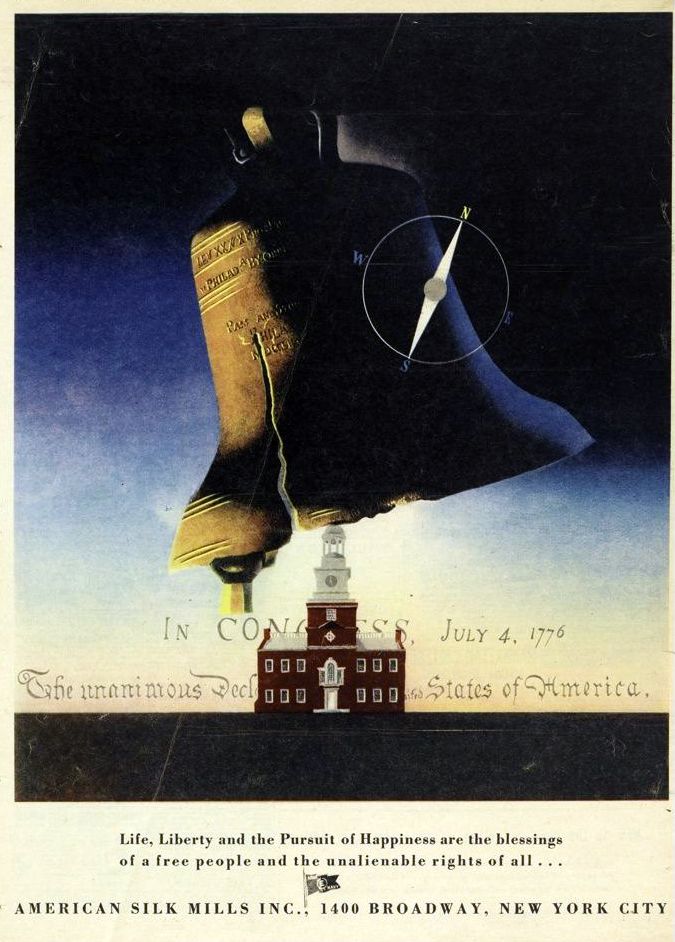 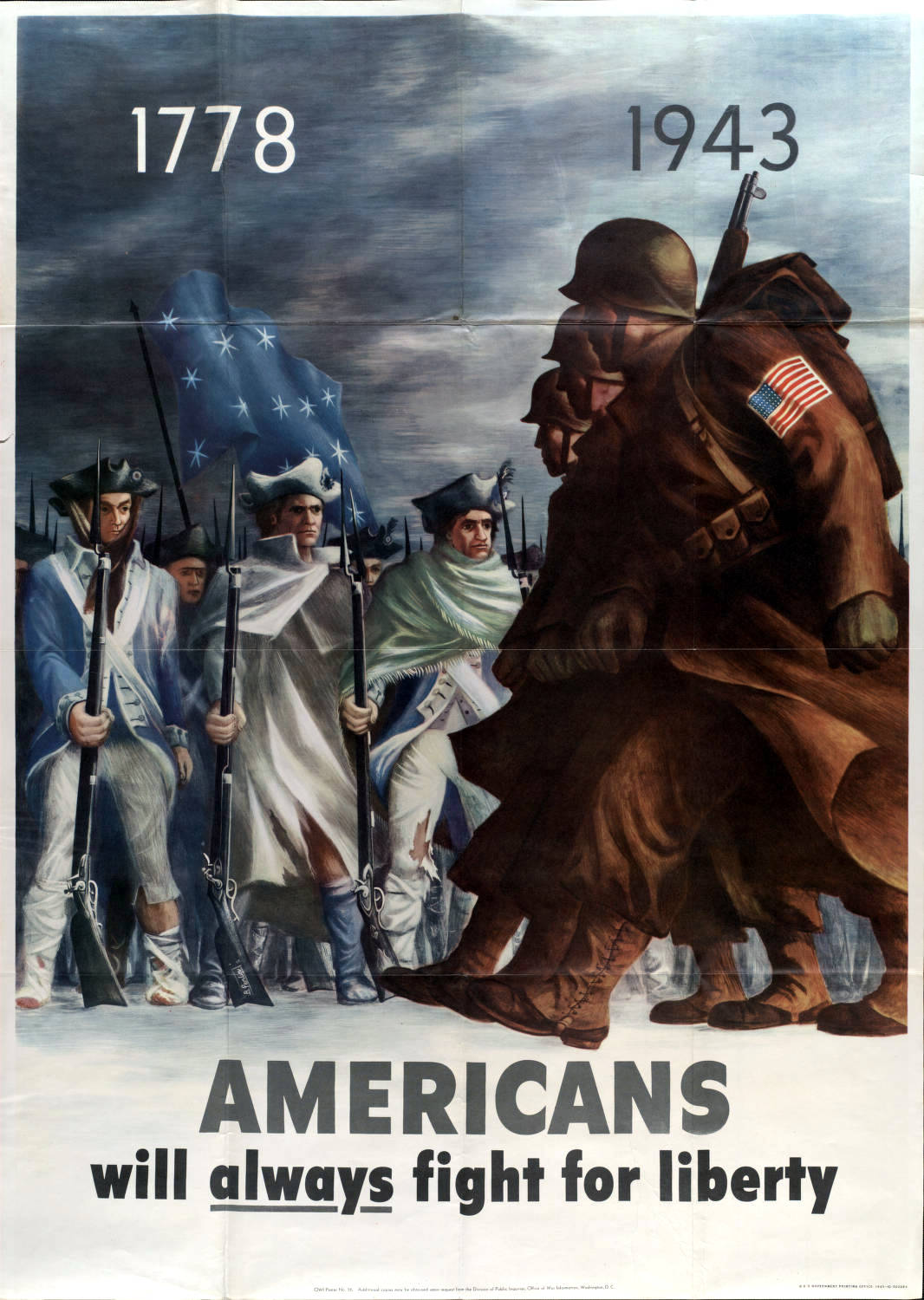 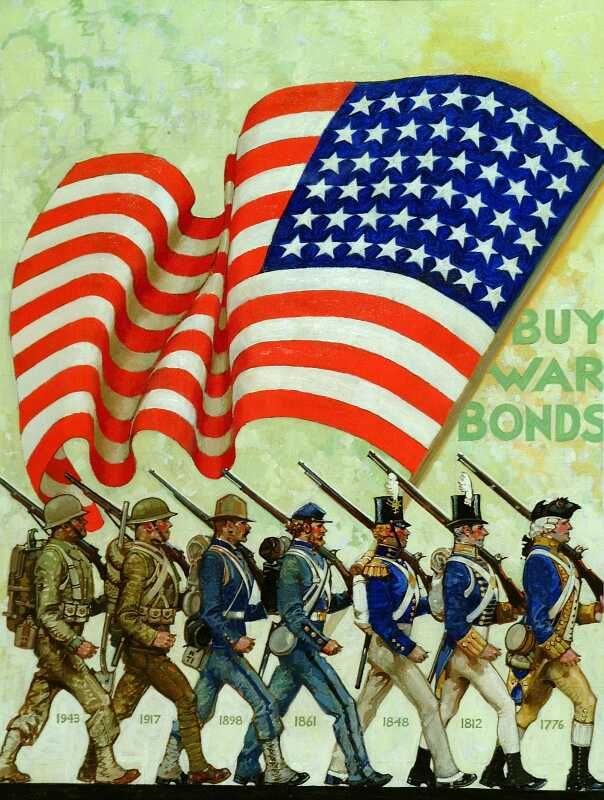 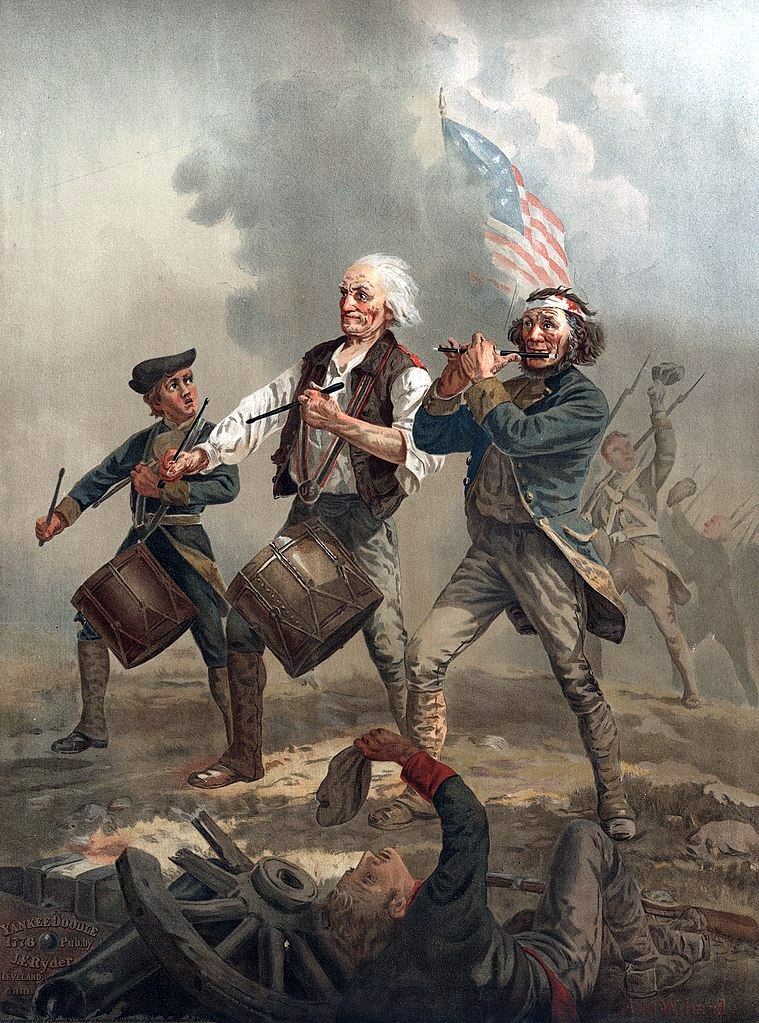 America has a war to win and it is up to us, as individuals firmly united in a common cause, to see it through to Victory.

Every American is involved in this titanic struggle – each has a task to perform – and Uncle Sam expects everyone to do a full share.

This is our opportunity to show future generations of Americans that the Spirit of ’76 also prevailed in 1943 and that we, too, did our part in helping to preserve their treasured heritage of liberty.

If we first fully appreciate just what it means to be free, we will then tackle the job ahead of us on the home front with renewed enthusiasm. Inspired by the faith and idealism of our forefathers, we must back up our boys on the fighting front to the limit of our abilities.

SPEED VICTORY
They GIVE Their Lives

Our fighting men are doing their bit to speed the day of Victory and we’re proud of their achievement, but it takes more than just fighting men to win this war.

They must have the necessary tools – the finest fighting materials that money can buy – and it is our responsibility to provide them.

One way in which we can do this is by putting every cent possible into War Loan securities. There is no safer investment in the world – no stronger safeguard for our security.

Let’s show our men in the Armed Services, who are willing to make the supreme sacrifice for us, that we are willing to endure minor privations and cheerfully forego some of our accustomed luxuries so that they may have their necessities.

London, England (UP) – (July 3)
President Władysław Raczkiewicz of Poland, in a telegram to President Roosevelt, sent his greetings and good wishes on the occasion of Independence Day and expressed the conviction that:

The hour of deliverance is approaching for the nations of Europe who are struggling against the brutal invader.

The recent successes of Allied arms have greatly swung the balance in favor of the United Nations.

Why does the bell have a huge crack in the poster?

Here’s a page for the basics: 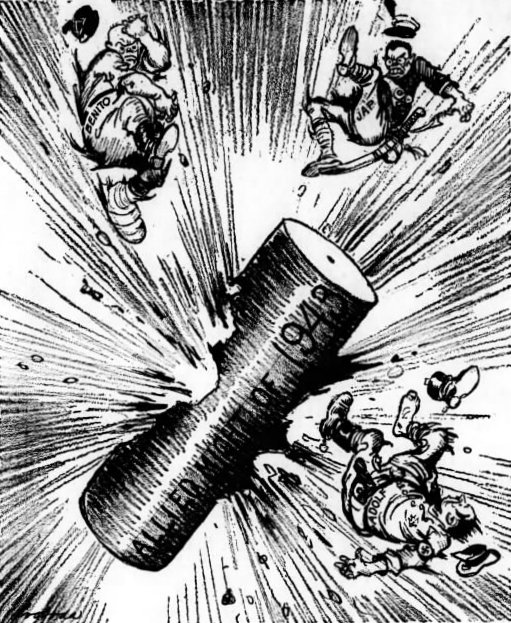 It is now 167 years since a small group of men, representing 13 Colonies stretched along the Atlantic Seaboard, declared as a fundamental principle of government that “all men are created equal, that they are endowed by their Creator with certain inalienable rights, that among these are Life, Liberty and the pursuit of Happiness.”

On this anniversary of the birth of democracy in a new land, the American people may appropriately give some thought to the question of how faithful they have been to the ideals which found such brave expression in the moving words of Thomas Jefferson.

Have they been worthy of the men who pledged their all in order to build a new world based on an untried theory and of the men with flintlock guns who fought at Saratoga and Monmouth and Yorktown to translate this dream of freedom into reality?

Have the Americans of today, the inheritors of bright traditions, met the challenges of their times with the same spirit displayed in other crises – New Orleans, Gettysburg, Shiloh and the Argonne – when the cause of liberty hung in the balance and could be saved only by the shedding of the blood of young men on fields of battle?

These questions may be asked today without fear and answered truthfully and with pride. There has been no change in the breed of Americans since that memorable day in 1776, when 56 valiant men gathered in Philadelphia, cast off the yoke of kings and decided to fight for the fulfillment of their dreams.

The answers are to be found in the presence of eight million young Americans on a score of battlefronts in all parts of the world and in camps and on training grounds in their own land. They do not wear buff and blue or buckskin. They do not carry powder horns and long guns. Nevertheless, they are the spiritual kindred of these earlier Americans who, 167 years ago, shook the complacency of kings and gave a lift to the tired spirits of oppressed men everywhere.

This Independence Day of 1941 assumes a new significance and a new poignancy. Wherever the day is known – in the conquered lands of Europe, in China, even in Germany and Italy – it symbolizes freedom and democracy.

When the war has been won and a new world order has been shaped, something far different from that conceived in the mind of Hitler, who envisioned a master race and one of slaves, the dream of freedom that animated the 56 men in Philadelphia will become a thing of reality to millions who now live under the oppressor’s heel.

Why does the bell have a huge crack in the poster?

It’s a weird thing about Americans … they hate bells more than anything else, so the only time American artists have to show a bell in their artwork, by convention it has to be a broken bell.

Our American neighbours are pretty good folks most of the time, but they have a few quirks like that that make no sense to outsiders.