In the last few days I reviewed and watched again some of the Victory movie with Sylvester Stallone. I had thought that the movie was alleged to be based on a true story, but when I look things up, what we find out is that there were 2 occasions on which a team of prisoners of war played football against a German team, beat them and then, rather than escaping, they were put to death! Presumably making a story about a dozen POWs of the Russians or Allies winning a football game and being put to death for it would not fit Hollywood scriptwriting very well . . . and so we get a movie in which the Allied pow escape!

I must say, the Bill Conti soundtrack is great. 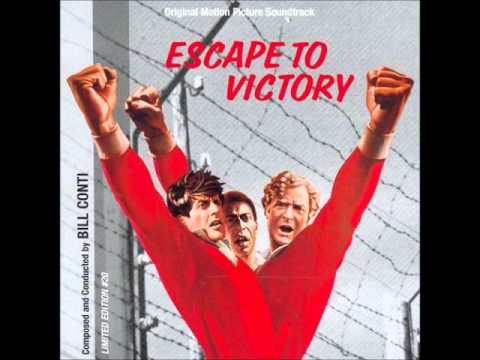 You think Hollywood scriptwriting is bad? In the early 2010s, the North Macedonian government was inspired to make a similarly themed movie about themselves. It told the story of a (North) Macedonian team called… err Macedonia, reaching the finals of the Bulgarian Cup and losing. Then being told they need to lose a friendly match against a team of German soldiers. Them refusing and calmly walking to the mountains and, eventually, the US.

That’s not an oversimplification either. The scene is literally: Bad Bulgarian officer tells them to lose friendly match. Cut. Bad Bulgarian officer standing on the stadium, waiting for them to show up and told they’ve run away. Cut. Our heroes leisurely walking through the mountains and the narrator telling us that they ‘never looked back’.

This movie was submitted for an Oscar…