The valiant Defenders of Ukraine

Basically, the referendums are just glorified online polls, and when (or IF I suppose

) they vote to join Russia, the logic is that Ukraine will have to pull back all its armed forces form the selected territories.

By this logic, there is nothing stopping, say, Djibouti from holding an online poll and annexing the American East Coast. The US will just have to pull back and respect it, right.

If that would work in the real world then the militairy would no longer be needed to take land.
Just send over all your people on holiday to the same place hold a poll and then ask the government of that country to please vacate your land.
That would be one way for China to take over America or Europe

As a dutch TV host put it very accurately: 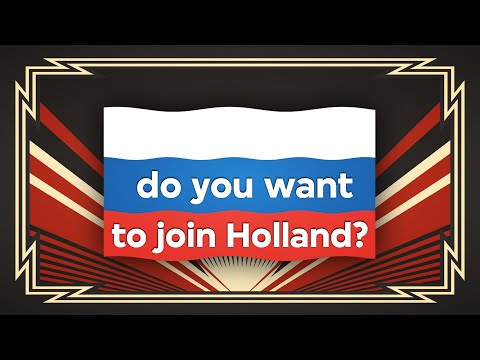 Surprised they used the term ‘Holland’, didn’t their government spend a fortune on PR, reminding people that it’s called ‘The Netherlands’.

Very true, but the presenter is from the Amsterdam area, they are clueless as to the rest of us living in much better places in The Netherlands

So if Poland annexes all of Ukraine, instantly they become part of nato as well as part of the EU 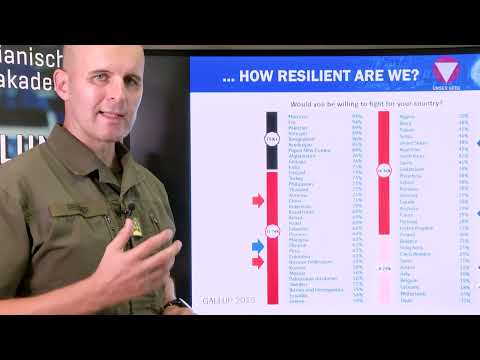 Those resiliency numbers are really low for the number who would fight. Or maybe they are right and it explains Russia’s problem with people fleeing.

Today the Kremlin leaked and then denied that t/he mobilization could be up to 1 million men. There have also been interviews with en being called up with no military experience. And still Russia says they have lost less than 6,000 troops.

Every time I think it won’t get worse, it kinda does. It seems to raise more questions:
If Russia calls up 1 million or some number close, can they even logistically train and equip them.
Can Russia increase the logistics support to the front lines to support more troops.
How much more support can the west give Ukraine? Military production is not supporting current usage.
How much campaigning can really be done by either side through the winter.
Whose economies are going to break first? Both sides are at risk here. This war is going into 2023 and it’s going to be a long cold winter with gas shortages. We start seeing videos of people freezing it will have an impact.

Is this situation still under control or is it moving out of control for both sides?

Russia is moving out of control, or rather it is doublng down.

There really isnt much to negociate anymore; it’s a war of aggression wherein kyiv wants its 2014 borders back and russia to stay out of ukrain’e foreign policy.

At this point NATO will have to consider an economic mobilization to support continued arms production.

One move against those tripwires in the baltics though and its a different ballgame. The Finns, the poles, romanians, the turks, all hostile instantly. Cant say about hungary. Nato vs. Russia isnt even a contest, Russia will llose.

I was watching a live feed of the Georgian border with Russia this morning and a drone was flying overhead showing a lineup at the time 27 kilometres long of Russians trying to flee to Georgia.

Currently Russia has sent an armoured BMP and several soldiers and border patrol guards to the crossing and have been detaining men who received papers for conscription and often using force to detain the men who were conscripted.

Although the Russian military denies it several hundred conscripted soldiers have intentionally harmed themselves in order to get out of the military or being sent to Ukraine and an undetermined number have also committed suicide.

In Ukraine unofficial numbers of Russian POWs puts it at over 7,000 since the beginning of September and the number is likely higher as many conscripts are surrendering every day.

97% approval? Russia couldn 't be satisfied with 75% or some more reasonable number in its sham referendums? The heirs of the KGB seem to have forgotten to make their propaganda claims believeable. Complete Amateurs.

I informed my neighbor when he returned from holiday that there had been a referendum about his garden wanting to join me.

Since he was not there I voted on his behalf and the results are in, 100% of the voters say that I can start annexing the terrain, all the neighbor needs to do is just to sign on the dotted line to recognize the democratic referendum.

Welcome to greater Russia! Don’t like it then get nuked!

We blow up pipelines too! Or someone does.

On that note the horror stories of those called up are many and numerous and are backed up by captured conscripts already being sent to the front lines. Several stories have emerged of conscripts showing up getting a uniform spending a day or two at a marshalling area then boarding buses and shipped directly to Ukraine with no training, no weapons and no idea what to do. Once in Ukraine they are sent to various locations with a rifle, grenades and basic or no kit and being told to take kit from the dead. Several videos have surfaced of sergeants telling the conscripts to call their wives and girlfriends and asking them to send tampons as there are not enough tourniquets to go around and to take medical supplies from vehicle roadside first aid kits.

Other recruits are given 2-5 days of training and then sent to the front lines. A tank driver who was wounded and captured said he received 5 days of tank driving and nothing else and was told he would learn everything on the fly at the front lines. Basically the conscripts are being sent in to die.

On the other side Ukraine today submitted paperwork for an expedited membership to NATO. It is unlikely all NATO members will endorse the membership which a unanimous vote is required for membership. Still you never know.

Add to that Ukrainian forces are gaining momentum and despite Russian military shelling civilian targets in earnest now, morale in Ukraine has very high and it is felt that it won’t take much more pushing to topple what’s left of the Russian military in Ukraine.

Bet Putin is hoping to hold out until his buddy, who owes money to Russian banks, gets back in the WH.

Ukraine is fighting like a modern and competent army, those called up after the Russian Invasion received adequate basic training and have been sent to the front lines with full kit; any shortages have been rectified by a friendly populace.

Russia is fighting like they are trying to turn a Stalingrad movie into real life; mobilize everything that moves, who cares if it has a rifle and URA!

Stalingrad wasnt like that. It was desperate but the Soviet Army was not so short of rifles that every soldier who should have had one did in fact have one.

Stalingrad was won through Operation Uranus which took place around but not in Stalingrad. It was strategy, not brute force that won. Soviet Command had issues but they weren’t idiots nor did they fall for their own PR.