"the third reich could've won if they did this one thing!"

There’s this thing I often see among wehraboo wich is for them the third reich was able to win the war. I think it come down a lack of research on their capabilities ,logistics ,industrial capacity and ressources and documentaries overhyping the third reich, particularly when they treat the wunderwaffle as something that’d won the war for the nazis. What are your thought on that one?

I think James Holland’s War in the West books (Where’s the third volume, James) are the best analysis of the inability of the Nazis to win the war,whatever they did. Logistics win wars, tactics win battles.

OK, now I ya’z got me angry, or at least annoyed. This “logistics wins wars” or “production” wins wars comes down to one of Peter’s other principles “only that which can be measured will be considered.” But logistics and production to the exclusion of all is the marked of the pedant, specifically the one that puts on airs and calls himself the technocrat but should more accurately be called the the technically proficient pinhead. I’m not saying logistics aren’t important, I am saying nearly any war that isn’t Zanzibar versus the British Empire is a foregone conclusion is the mark of a deeply mediocre mind who lacks the imagination, experience or even historical grounding to understand how things can and do go catastrophically tits up. Certainly there a lack of humility in the face of cosmos, a thing not to be sailed lightly of the four dimensions.

To that end I present to you one of the more preeminent historians of the 20th century John Keegan: 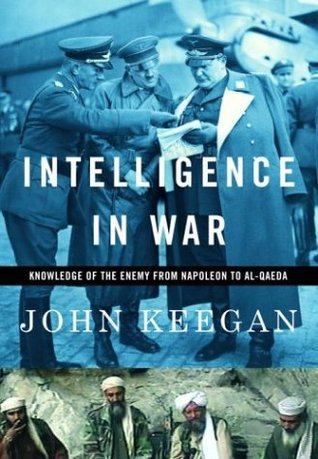 Intelligence in War: Knowledge of the Enemy from Napole…

In fiction, the spy is a glamorous figure whose secrets…

It’s his assessment of the relative else of invading Turkey and seizing the Iraqi oil through the Berlin Baghdad railway. He never says the Germans would definitely win, there’s too many other factors, but in his words “everything would open up.”

His work on the Civil War illustrates just how much NOT of a foregone conclusion that war was despite the North’s many industrial and demographic advantages simply because the South had so much defensible terrain and even just the South is so vast that conquering it before time and money ran out in the North was a real possibility. It’s that the South was too prideful to fight the Fabian War it needed to fight. Also not in Keegan, but there’s a devastating book about the Southern war economy called Fall of the House of Dixie and it’s very clear that despite copying the Constitution almost word for word except slavery is good, they clearly forget or ignored Ben Franklin’s warning “We must all hang together or most assuredly, we will all hang separately”

Wars are POLITICAL events. America post World War 2 is 1-1-2 in its long wars, and its only win is if you count winning the Cold War. In the case of Korea, Vietnam, and the ‘War on Islamic Terror’ we tried to play the war is one by logistics game and outspent our opponents by several orders of magnitude. Osama bin Laden had those planes flown into the World Trade Towers COUNTING on this. And he won! He died, but that was in the calculations from the start.

You can’t shovel money into the rabbit hole and win. There’s a political dimension as well, as I keep pointing out this gem of a book:

The world is blowing up. Every day a new blaze seems to ignite: the bloody implosion of Iraq and Syria; the East-West standoff in Ukraine...

So, is there one thing the Nazis could have done to win? Or survive in a position of stregnth? Hell yes!
The first:
Don’t be assholes. Or at least Flaming Hemriods of the Blast Furnace of Hephaestus Assholes we’ve seen from the very first episode. Be pragmatic assholes, not X rated Saturday morning cartoon villains. The Russian peasants will LOVE them…because Stalin is a psycho.
The second:
Don’t declare war on America. Congress will NEVER give FDR the DoW, Japan attacking Pearl or not. They’ll be at war with the Roosevelt administration and they’ll have to worry about lend-lease, but that 40% of the world’s industrial capacity either goes to wiping Japan off the face of the earth or keeps on making refrigerators, refrigerator magnets and civilian cars. Just don’t attack their flagged shipping
The third:
Use Cargo Subs to get the most essential wartime assets. They already had a sub that could do it, that was similar in capacity to the Deutschland class of world war I, that is the type IX, the moo cows, and hey, it actually has an effect on the war economy. I’m not gonna link, but look up merchant subs and the Deutschland, and historian assessments on it’s effects on the German war economy. They concluded they extended the German’s ability to continue the war by another year on four or maybe six trips over the course of 1916.

I don’t want these buttholes to win. But it was vicious arrogance on the part of the Nazi Leadership that made them enemies of the whole world, and a supreme lack of vision and imagination in German strategic thinking that cost Germany both world wars. German education strangles the imagination, so does German bureaucracy, I didn’t say it Einstein did.

All of this comes down to Sun Tzu’s maxim about knowing yourself and knowing your enemy and you will never lose a battle in a a hundred. This is why racism is bad, not because it leads to murder, not because it degrades others, it’s because it causes you to lose touch with assessing people properly, both yourself and others. Also, the factory model of schooling, which Prussia pioneered and I think all of Germany adopted before Unification (as did everyone else on earth over the next 100 years) is awful and needs to go: 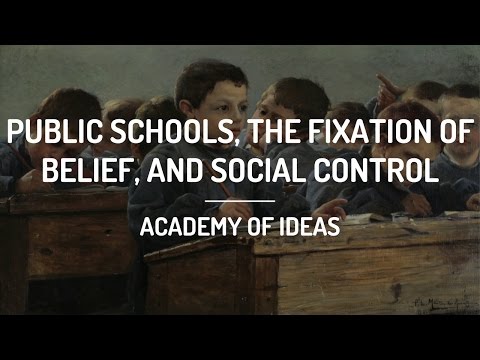 I do think some of these ways feel like nazi not being nazi like them not declaring war ont he US. I don’t think cargo sub would won the war, the UK would still be there and improve their anti submarine warfare and even if the war lasted longer, they’d still get bombed by the british or get the atomic bomb. I’d not say what happened at 9/11 is comparable to world war 2, both are verry different kind of war.

What you’re failing to see Jean Marc, is the precarious situation of the Soviet Union. Tik has done very good videos of how desperate the situation was for them in terms of economics and food and I think even oil in 1943. Kursk for example did not have to go NEARLY as badly as it did, timing is everything.

If for instance, and this might not be the most likely thing, in lieu of waiting for the panthers, a load of several tons of tungsten from a cargo sub allowed the current reserve in Germany to be reallocated in November 1942 to be made into high-grade AP rounds for the 37 doorknockers to help with the relief of Stalingrad. Doesn’t come in time for that BUT it allows the Germans to launch Zidaelle on the heels of the Kharkov instead of letting Zukov fortify the salient until summer.

The thing is the Germans didn’t LOSE Kursk, they withdrew. They were stalled badly on the north but making good progress in the south and then the invasion of Italy happened and Hitler made a tough but sensible call to withdraw forces to deal with that to try and keep Italy in the war. It was the aftermath of Kursk that was the utter distaster.

Here they strike with the Reds off-balance with the equipment they already have in spades, which under the right conditions (tungsten AP) are more than capable of dealing with T-34s. It’s just under blockade conditions the Germans all but abandoned tungsten rounds because tungsten had so many other uses and was so had to come by in Europe.

Also, there are many ways to be a “Nazi” at many many levels of dickishness. Otto Skorzeny, Rienhard Heydrich, Heinrich Himmler, Adolf Hitler, and Herman Goering were all Nazis. Of these Herman Goring would never have started World War II, signed off on the Holocaust, only signed off on the Holocaust because Hitler ordered him to, and generally I don’t want to underplay how nasty he could be in a pinch, and he was corrupt and didn’t have much of a conscience per se, but he wasn’t a malevolent asshole the way Himmler and Hitler were. Skorzeny is actually charming, and Heydrich was pragmatic enough to rule with a velvet glove and it was working wonders in Bohemia before Anthropoid. Hitler should have implemented his example everywhere despite his death.

And yes, The War on Terror and World War 2 are both wars, especially for the ones who live in the war zones. Especially when you consider time’s a factor. Don’t poo poo the lack of flash. DIabetes kills just as surely as a stab in the pancreas, that it takes longer doesn’t mean it isn’t the same organ. Wars are negotiations with bombs and bullets. It’s why Unconditional Surrender is a stupid idea, and it only worked in WW2 because our enemies were bigger jackasses than our leaders, which was a feat to be lamented.

The “War on Terror”, like the “War on Drugs” was never winnable. Logistics are irrelevant in both situations, as there’s no definable target. Vietnam was a strategic failure, using the wrong tactics. It’s almost impossible to defeat a guerilla insurgency using brute force.
The Germans in WW2 not only ignored Sun Tzu, they also ignored Klausewitz. However many counterfactual ideas you throw around, you can’t get away from the incompetence of Hitler as a supreme commander. Britain was spared Churchill taking full military control, for which we must be profoundly grateful.

I don’t completely agree, but it could depend on your definition of “battle.” What historians and journalists have called battles have really been lengthy campaigns that haven’t been over specific pieces of geographic territory. As disturbing as it may seem, the Nazis could have won WW2, even after the loss at Stalingrad.

Just how, exactly? Stalingrad didn’t happen in a vacuum. The occupation of Vichy increased the demand for occupation forces in the West, the stand and hold operation in Africa was sucking in troops and materiel, the manpower pool wasn’t increasing, there wasn’t enough labour to operate manufacturing…

while being both wars, each got verry different context, method and theater, hence why I don’t tihnk they should be compare. If the situation of the USSR was so precarious, I don’t think they could’ve launch counter attack like they did. And yes, the german lost at kursk, sorry but the soviet defences were too tuff for the german to penetrate and even if they won kursk, it wouldn’t have won them the war. On Goring, he was still ok using the concentration camp prisonners as slave for producing aircraft like the heinkel 162 and still stoled artwork too.

WWII was a symmetric war, both sides used conventional forces, weapons and tactics. Most American wars after WWII were far more assymetric where the opposing side relied on guerilla tactics and insurgency.

The results of assymetric war are far less predictable.

Given WWII’s symmetric nature, production is what mattered and could cover for a host of other shortcomings.

Strategy and tacticscare were both dictated by production and expressly designed to minimize oroduction needs. There is no such thing as a free lunch and that was the tradeoff.

Ask Joshua: “strange game. The only, winning move is not to play”

No war and Germany is twice as dominant.