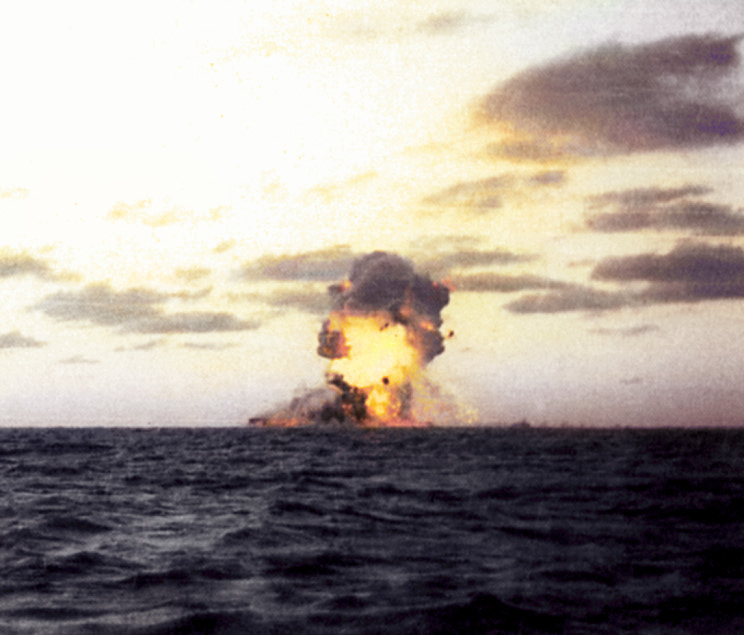 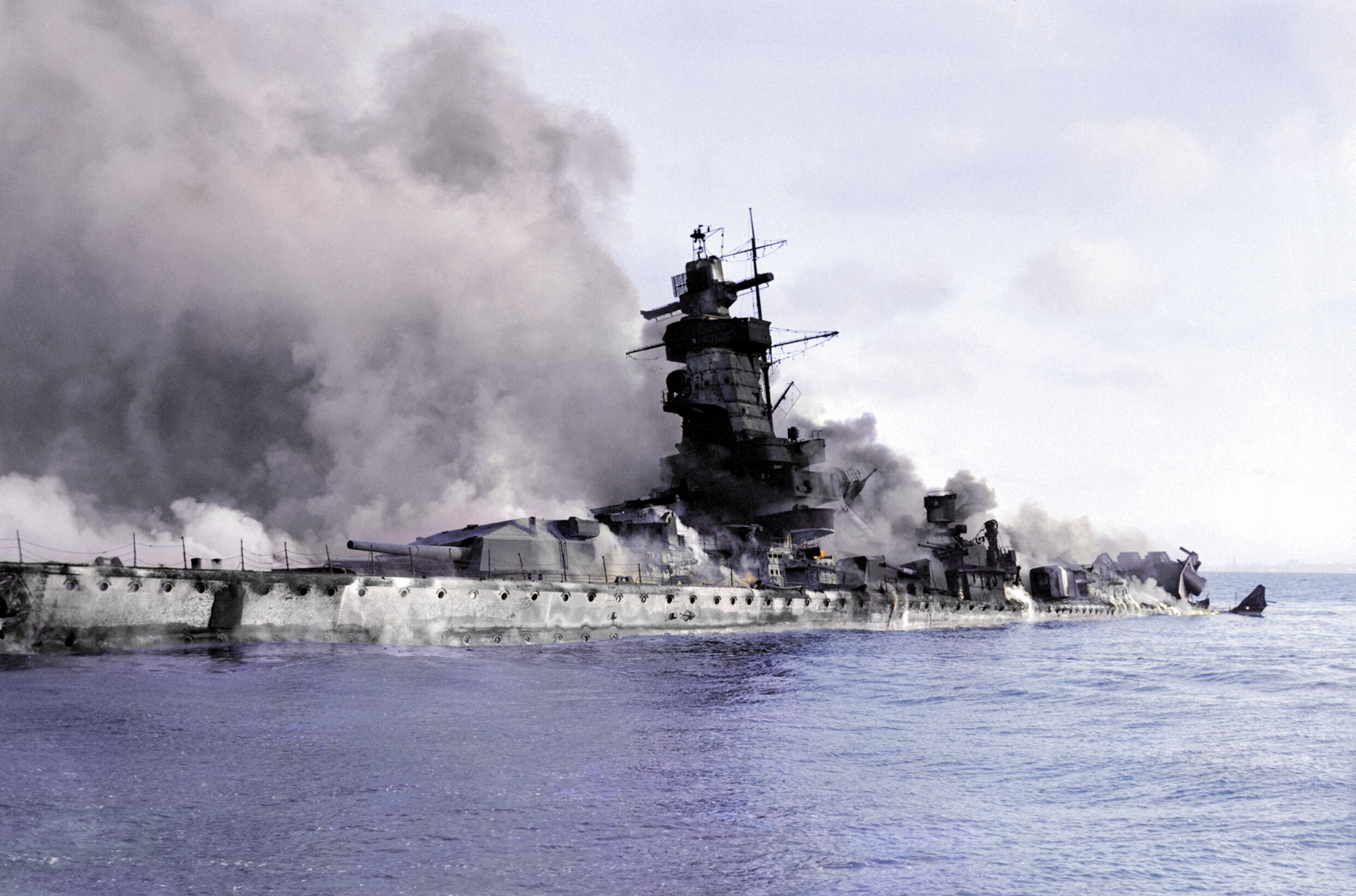 As a result of battle damage and casualties, Captain Langsdorff decided to stop the ship at Montevideo, where repairs could be effected and the wounded men could be evacuated from the ship. Most of the hits scored by the British cruisers caused only minor structural and superficial damage but the oil purification plant, which was required to prepare the diesel fuel for the engines, was destroyed. Her desalination plant and galley were also destroyed, which would have increased the difficulty of a return to Germany. A hit in the bow would also have negatively affected her seaworthiness in the heavy seas of the North Atlantic. Admiral Graf Spee had fired much of her ammunition in the engagement with Harwood’s cruisers.

After arriving in port, the wounded crewmen were taken to local hospitals and the dead were buried with full military honors. Captive Allied seamen still aboard the ship were released. Repairs necessary to make the ship seaworthy were expected to take up to two weeks. British naval intelligence worked to convince Langsdorff that vastly superior forces were concentrating to destroy his ship, if he attempted to break out of the harbor. The Admiralty broadcast a series of signals, on frequencies known to be intercepted by German intelligence. The closest heavy units were some 2,500 nmi away, much too far to intervene in the situation. Believing the British reports, Langsdorff discussed his options with commanders in Berlin. These were either to break out and seek refuge in Buenos Aires, where the Argentine government would intern the ship, or to scuttle the ship in the Plate estuary.

Langsdorff was unwilling to risk the lives of his crew, so he decided to scuttle the ship. He knew that although Uruguay was neutral, the government was on friendly terms with Britain and if he allowed his ship to be interned, the Uruguayan Navy would allow British intelligence officers access to the ship. Under Article 17 of the Hague Convention, neutrality restrictions limited Admiral Graf Spee to a period of 72 hours for repairs in Montevideo, before she would be interned for the duration of the war.

On December 17, 1939, Langsdorff ordered the destruction of all important equipment aboard the ship. The ship’s remaining ammunition supply was dispersed throughout the ship, in preparation for scuttling. The ship, with only Langsdorff and 40 other men aboard, moved into the outer roadstead to be scuttled. A crowd of 20,000 watched as the scuttling charges were set; the crew was taken off by an Argentine tug and the ship was scuttled at 20:55. The multiple explosions from the munitions sent jets of flame high into the air and created a large cloud of smoke that obscured the ship which burned in the shallow water for the next two days.

On December 20, in his room in a Buenos Aires hotel, Langsdorff shot himself in full dress uniform and lying on the ship’s battle ensign. In late January 1940, the neutral American cruiser USS Helena arrived in Montevideo and the crew was permitted to visit the wreck of Admiral Graf Spee. The Americans met the German crewmen, who were still in Montevideo. In the aftermath of the scuttling, the ship’s crew were taken to Argentina, where they were interned for the remainder of the war.