Facebook Twitter Google+ Email While the Finish and the Soviets seem to be moving ever closer to war, the Royal Navy is losing ships at a frightening rate to an explosive threat not yet understood. Written and Hosted by: Indy Neidell Produced and Directed by: Spartacus Olsson and Astrid Deinhard Executive Producers: Bodo Rittenauer, Astrid…

Spartacus at 8:28 Indy announces activity in South Guangxi many people are not familiar with Chinese geography and a map insert would really help.

a map insert would really help

Good point, we will be doing that going forward!

(we should really, really consolidate or forums on a related but unrelated note)

Hmm. What an odd phrase.

A the risk of seeming like a military history geek pedant (as if!) , I think the big cylinder shape thing the Lancaster bomber is dropping in the video is a 4000lb “cookie” demolition bomb, not a mine. The little bombs are incendiaries, which was a common loadout in the later part of the war. The idea was that the “cookie” would blow a hole in the roof of a factory or similar building so that the incendiaries could get inside the building and set it on fire.

The blockbuster bombs were used to create kindling to get the fires going and to dump rubble in the streets to impede firefighters. The allies and Germany also used time delay bombs to mess with rescue and reconstruction efforts. They are still finding buried bombs in Germany.

Not just Germany either. I remember them digging up a few in Bristol in the UK when I lived there.

There could be HUNDREDS of unexploded bombs buried in Bristol

This is the famous BBC radio play of the book:

I think the big cylinder shape thing the Lancaster bomber is dropping in the video is a 4000lb “cookie” demolition bomb, not a mine.

I suggest you do the honorable thing. This an aerial sea mine 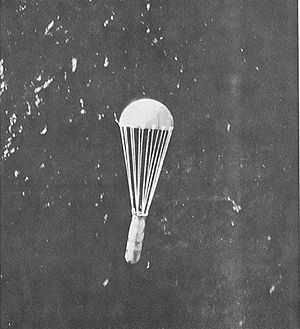 I suggest you do the honorable thing.

Yeah… considered that… but then I decided to re-upload the video instead. Less messy