Here follows a story of a skirmish during those hectic days of may 1940.

After the failed British counter-attack at Arras, the BEF prepared to withdraw towards the channel. During this initial withdrawal from Arras the Welsh Guards formed the rear-guard.

As the withdrawal began to get disorganized the German dismounted motorized infantry established an ambush position with 4-6 MG34 machine guns and an AT-rifle. They occupied a small rise overlooking the main road. As the morning mist began to clear on the 24th of May, 40 trucks packed with Welsh Guards where heading straight into the ambush.

The scene was set for gallantry and Lieutenant the Honourable Christopher Furness stepped up. Lieutenant Furness of the Welsh Guards was in command of the Bren Carrier platoon. The platoon normally had ten carriers but five had become unserviceable during the retreat. A further two carriers broke down during the morning. Only three carriers remained fit for action. This did not scare Lieutenant Furness and he calmly ordered his remaining carriers forward to relieve the column.

Each carrier had a three-man crew. A driver, a commander armed with the forward mounted Bren gun and a rear gunner with a Bren gun.

One carrier under the command of Sergeant George Griffin had an extra passenger. Private Williams with a Bren gun sat on the unarmoured part of the carrier. The Sergeant told him to get off but the Private answered back “No fucking fear, I´m browned off with this. I´m going to have a bundle with you blokes”.

The carriers came up from behind the German platoon positioned in a field with some haystacks. Furness was standing up in his carrier, fired his revolver and hurling grenades.

Sergeant Griffin recalls: “Fire was very hot indeed by this time, pinging on the plates. It was suicide to stand up. Two Germans came out from the post and started walking towards us. [The Sergeants carrier had stalled]. Perhaps they thought we were finished too. Anyway, I had a lovely clear shot and wiped them out with a full magazine [30 rounds in a Bren gun magazine].”

Private Williams was shot dead by a AT-rifle round in the chest. Sergeant Griffins driver was severely wounded. The two other carriers were damaged and their crews killed in action. Lieutenant Furness was killed around the wreck of his carrier most likely by machine gun bullets.

Sergeant Griffin concludes: “I was going to raise myself and give the two-finger sign, I was so frustrated. But then a burst of machine gun fire on the plates made me change my mind.”

Lieutenant Furness was awarded a posthumous Victoria Cross. His attack, although it seemed reckless, saved the forty lorries and the crew of six light tanks.

Sergeant Griffin continued his service and no doubt had a later chance to give the “up-yours” sign during Normandy. 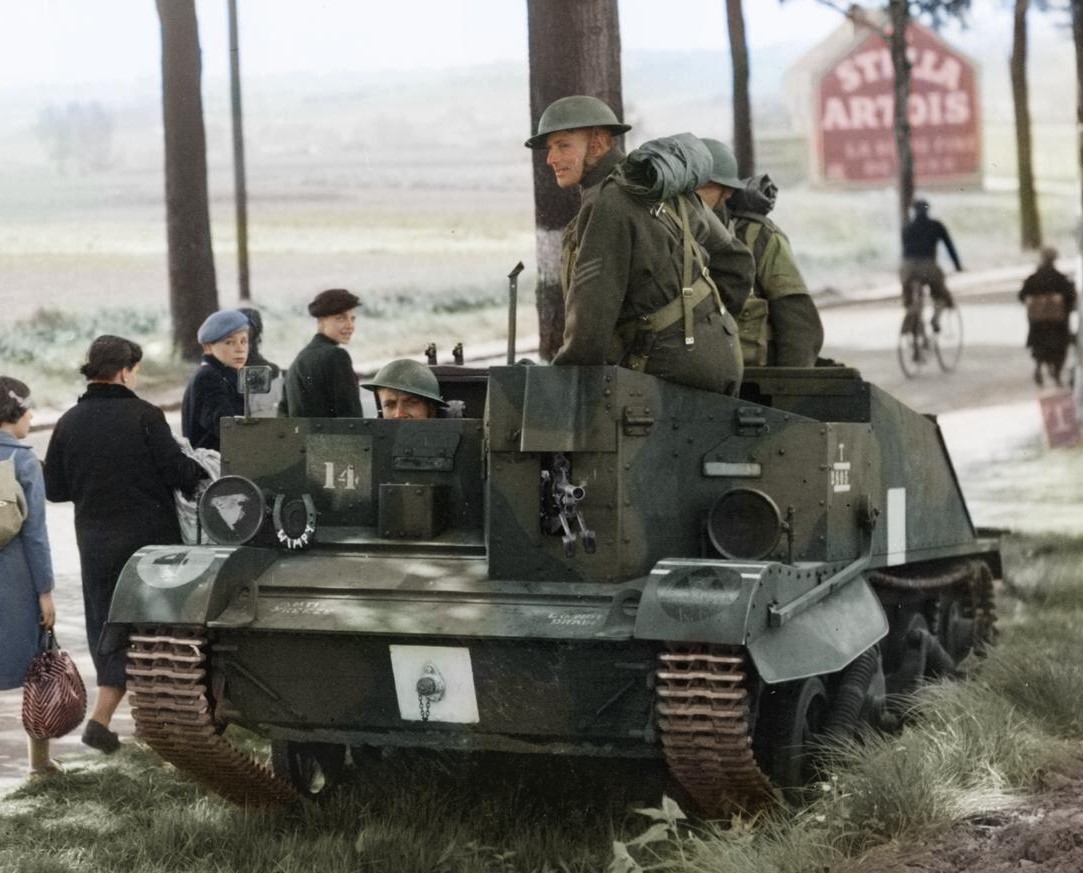 A British Bren Carrier. A rather silly design if you ask me. 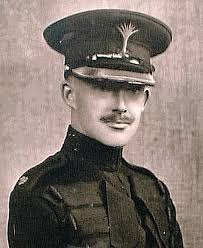 Uh I forgot my sources:

Official history of the Welsh Guards