As the British make spectacular advances in East-Africa, with even more spectacular advances on the horizon, South-Eastern Europe is getting increasingly tense. Join us on Patreon: https://www.patreon.com/TimeGhostHistory Or join The TimeGhost Army directly at: https://timeghost.tv Check out our TimeGhost History YouTube Channel: https://www.youtube.com/c/timeghost?sub_confirmation=1 Follow WW2 day by day on Instagram @World_war_two_realtime https://www.instagram.com/world_war_two_realtime/ Like us on…

From the Italian newspaper La Domenica del Corriere: a group of 4 downed German aviators is rescued in the Mediterranean by an Italian red cross ship. 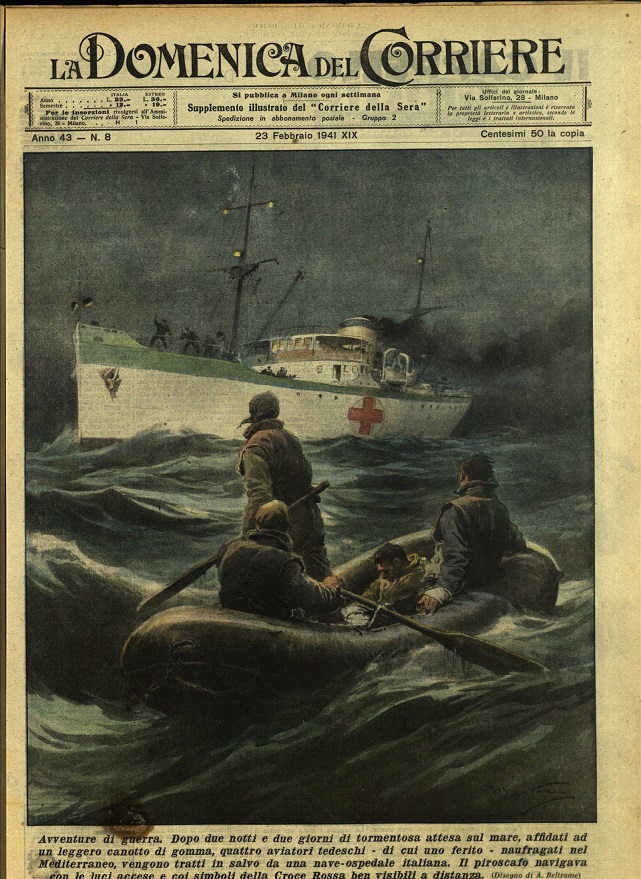 Suspiciously reminds me of this song