Spartacus temporarily offline due to thunderstorm

Lightning struck right between our houses last night and caused a massive power surge in our DSL line. The TAE connector box literally exploded and the router was fried.

Sampath and I have been working on getting it back up all day. We’ve replaced the router and repaired the TAE, but it turns out that the main line going into the house has also been fried. Technicians from our provider are coming out tomorrow June 9 so that it will hopefully be up and running again sometime on the weekend.

Until it is fixed I only have intermittent internet connection via mobile hotspot, so please don’t be offended if I reply, or react slowly. Moreover editing is at a standstill as we have no connection to load media on, thus no access to archive images and videos (to not mention uploading).

Sampath (who just moved here to Germany from India) has access to the Internet at his place and is working from there to fix the problems we’ve experienced with renewals (we’ve found the problem and this should be fixed shortly). Unfortunately the editing suite is too cumbersome to move only for 48 hours, so we’re betting on the fix for tomorrow rather than relocation.

Yeah, and not only that. My finals are next week. How the hell I am supposed to study in this conditions?!

@Spartacus The most important thing is that no-one is hurt, at least I hope so. I imagine that you’re quite stressed and tired of complications right now. Sending positive energy.

The most important thing is that no-one is hurt, at least I hope so.

Miraculously no one was. But it was damned close. I was in our editing room, which is in a cabin separate to the main house. I had sheltered our dog and our 10 week old puppy with me as it was raining cats and dogs (see what I did there

). The downpour stopped and the dogs wanted to go over to the main house because Astrid just then came home from shopping. Just as we got out of the cabin the lightning struck about thirty meters away from us. The puppy almost jumped out of her fur and tried to run in five directions at once (as did I, our big dog was cool as ever though, he just calmly grabbed the pup by the neck and hearded her back to the cabin). Astrid had been outside round about where the lightning struck only moments before, but was now in the main house in the hallway right in front of where the line goes in. The TAE blew up, sending blue flames out of the connector cabinet right in front of her. It was damned loud I’ll tell you, my ears were rininging for 30 minutes.

Umm AFAIK, it’s the comparatively positive charge of the ground which causes the negative charge in the cloud to discharge, causing the lightning strike in the first place. As counter-intuitive as it may seem, it could be more beneficial to send negatively charged energy. I’ll get my tin foil hat, and let myself out…

Seriously, @Spartacus happy to hear that you only lost hardware. And, from the sounds of it, Big Dog rocks.

He sure as hell does… here’s both of them: 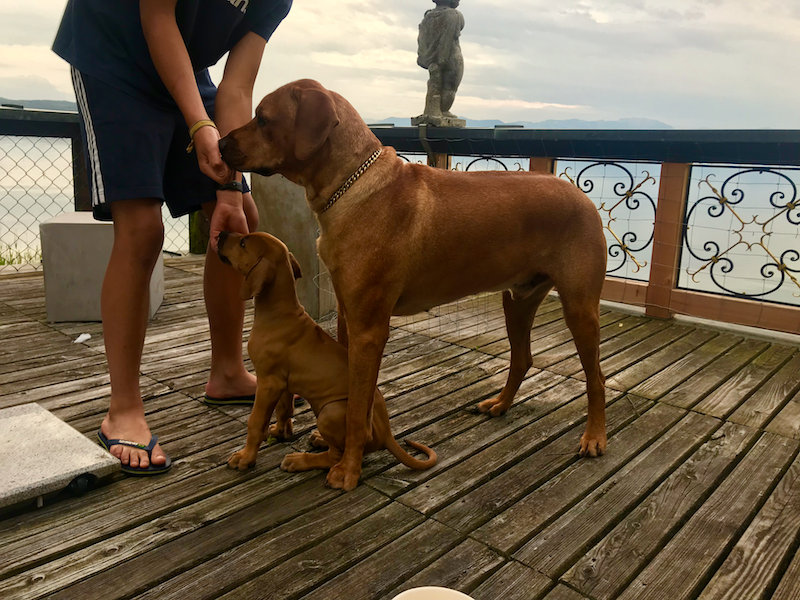 BTW, I’ve set myself up so that I’m halfway operational now by tethering to an unlimited (true flat rate) LTE mobile hotspot, still a bit choppy though.

Are those vizslas? My Vizsla pup is now 6 months old!

They’re Rhodesian Ridgebacks - a bit heavier than the Vizsla - big dog weighs in at 45kg with a shoulder height of 69cm, a male Vizsla in the same percentile of the breed’s size distribution would be about 30kg and 60cm. Lovely breed the Vizsla - they’ve actually been cross breeding them with Ridgebacks in some places because of looking similar and resulting in genetically sounder and even sturdier dogs. A neighbour has one of those - similar size as the ridgeback but with more hunting temperament, a little easier to train. The Ridgebacks are not really hunting dogs, they were bred for keeping big game off the ranches in Southern Africa, thus they’re very independent, despite a fierce pack loyalty, and can get quite hard to handle. Argos (big dog) is super gentle and very, very friendly, but woo when someone comes too close to the garden fence after nightfall, or another male dog threatens him - sounds like a lion, moves like a panther, and punches like a wolverine.

As a kid I once had lightning hit the ground not far from me (thankfully it just struck into the ground and didn’t blow up anything). It was a frightening experience, so I can relate. Glad that no one got hurt. Hardware can be replaced, people and dogs can’t.

I see, they do indeed look very similar at first glance. This is my Dexter 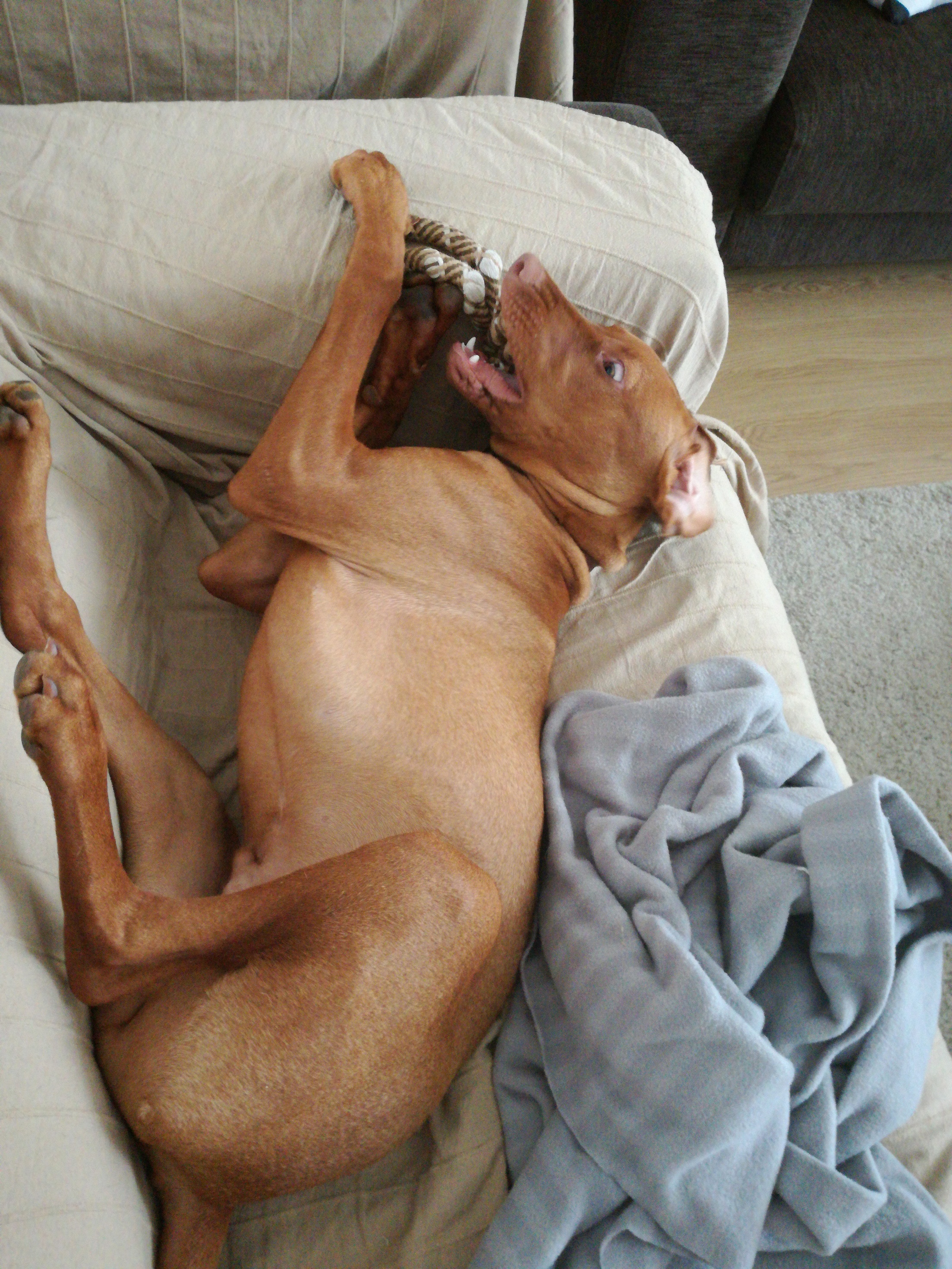 as you can see he is crazy, but I still love him!