Hello everyone! I thought it would be a fun idea to have everyone share pieces of history your family members have lived through. This could be them witnessing a major event, taking place in a major event, military duty, or anything you deem worthy of mentioning.

I’ll start with the story of my Grandfather, who is now 88.
In 1956 in Hungary, there was a big revolt against the Soviet Union who largely controlled Eastern Europe (and also Hungary). The revolt started as a result of the people’s discontent with the secret police’s terrorising grip on the people of Hungary. The revolt started with a large group of students tearing down a statue of Stalin in the centre of Budapest. My grandfather is one of the only witnesses of this event alive today. Below is a picture of Stalin’s torn-off head. 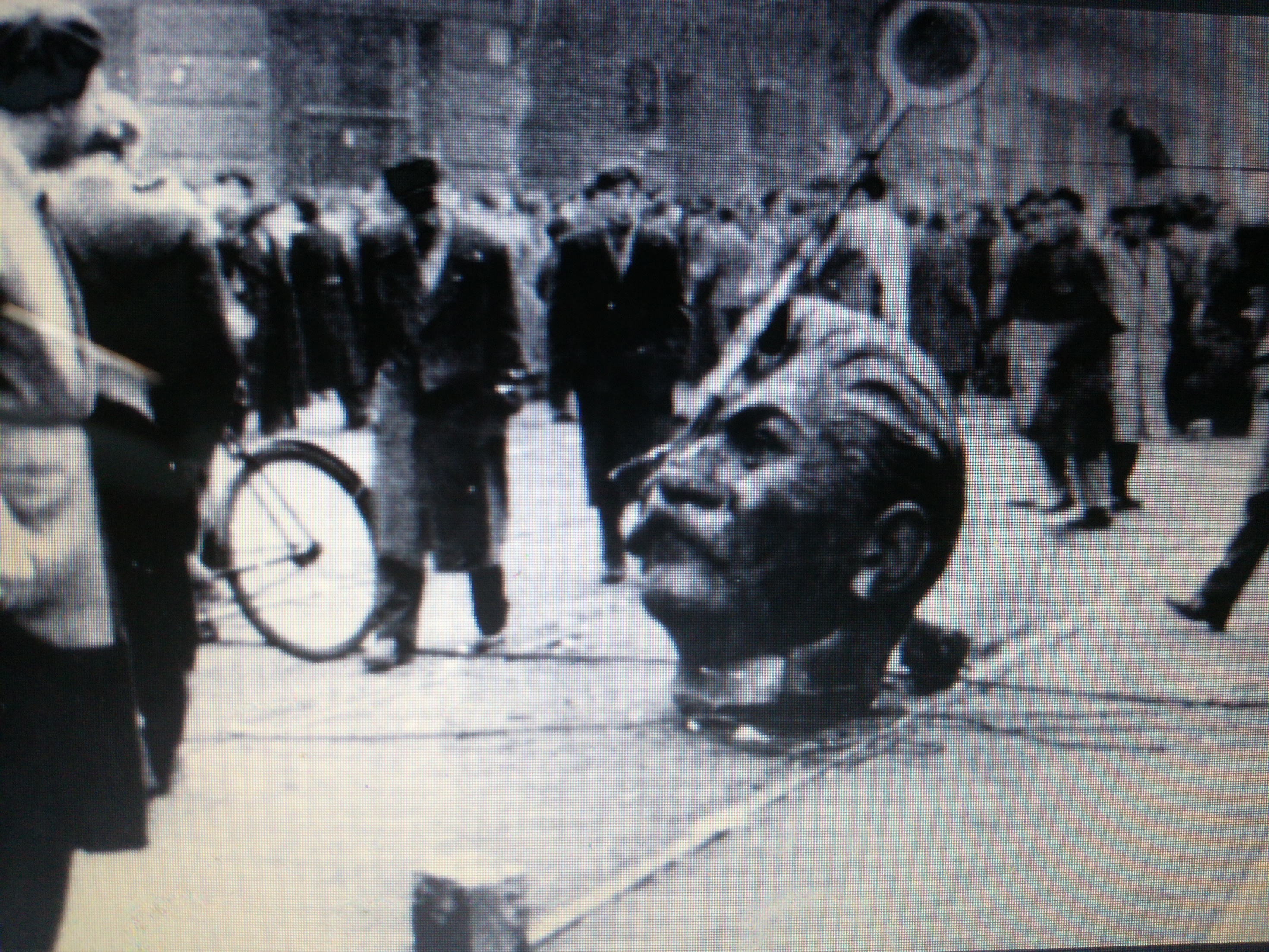 If you’d like to know more about the Hungarian revolution of 1956, please reply with a question of what you wish to know.

I have more noteworthy stories, but I’ll keep it to just this one for now, so as to not clutter a new thread before it has even started. If the thread gets more replies, I might post some other stories.

I’m interested in hearing your tales, so please do reply!

Although it is not a major event in the big scheme of things, it is a major event within my community. My grandfather was a witness to what is know as the “Battle of Hayes Pond”, which occurred in Maxton, North Carolina. It was a conflict between the KKK and members of the Lumbee Tribe. Around 50-100 KKK members began holding a rally and more than 500 armed Lumbee confronted them and successfully broke-up the KKK rally.
I grew up with my grandfather telling me about the events of that night and how proud he was that he took part in “makin’ them Klansman run home to their mommas”. 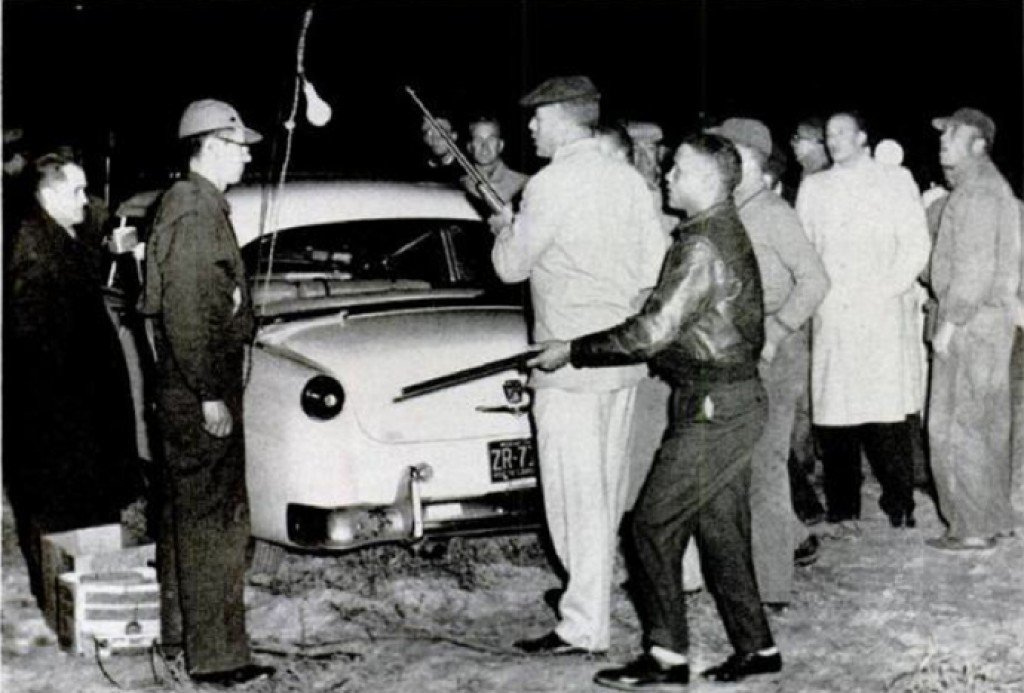 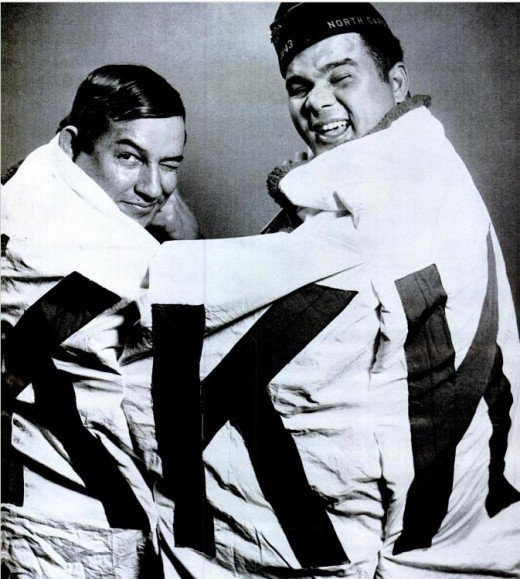 My father fought in the Korean War. He is 86 now and still kicking. He lost his best friend at Bloody Ridge though, which affected him deeply. 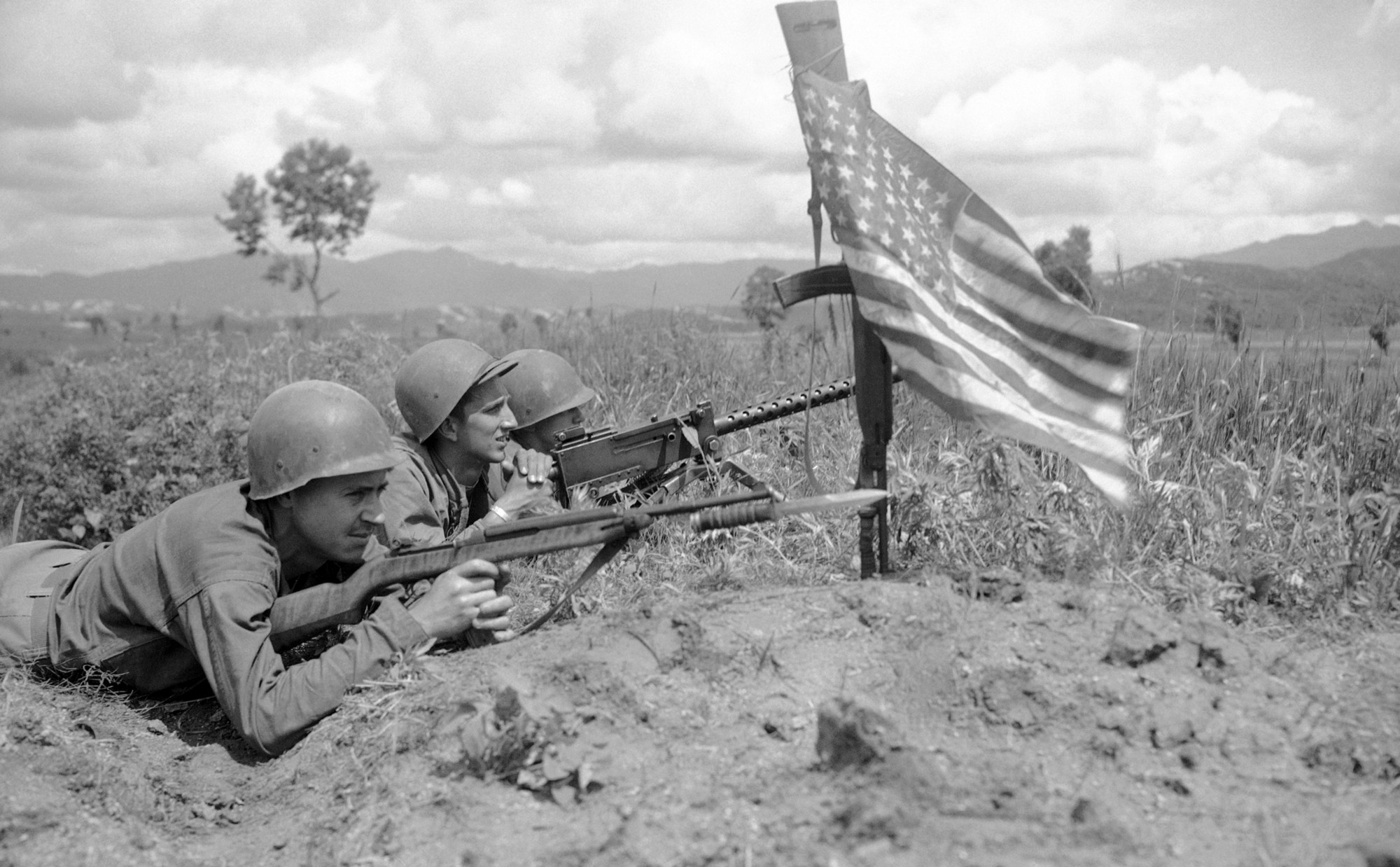 This war may be “forgotten”, but remember, those who don’t learn from history are doomed to repeat it.

On a positive note, if anyone wonders why I am a big fan of Marilyn Monroe (other than her movies), well, that was because my father had apparently seen her during her visit there. When I asked how he felt about it, he replied, “I felt the same way you do when you look at cats!” 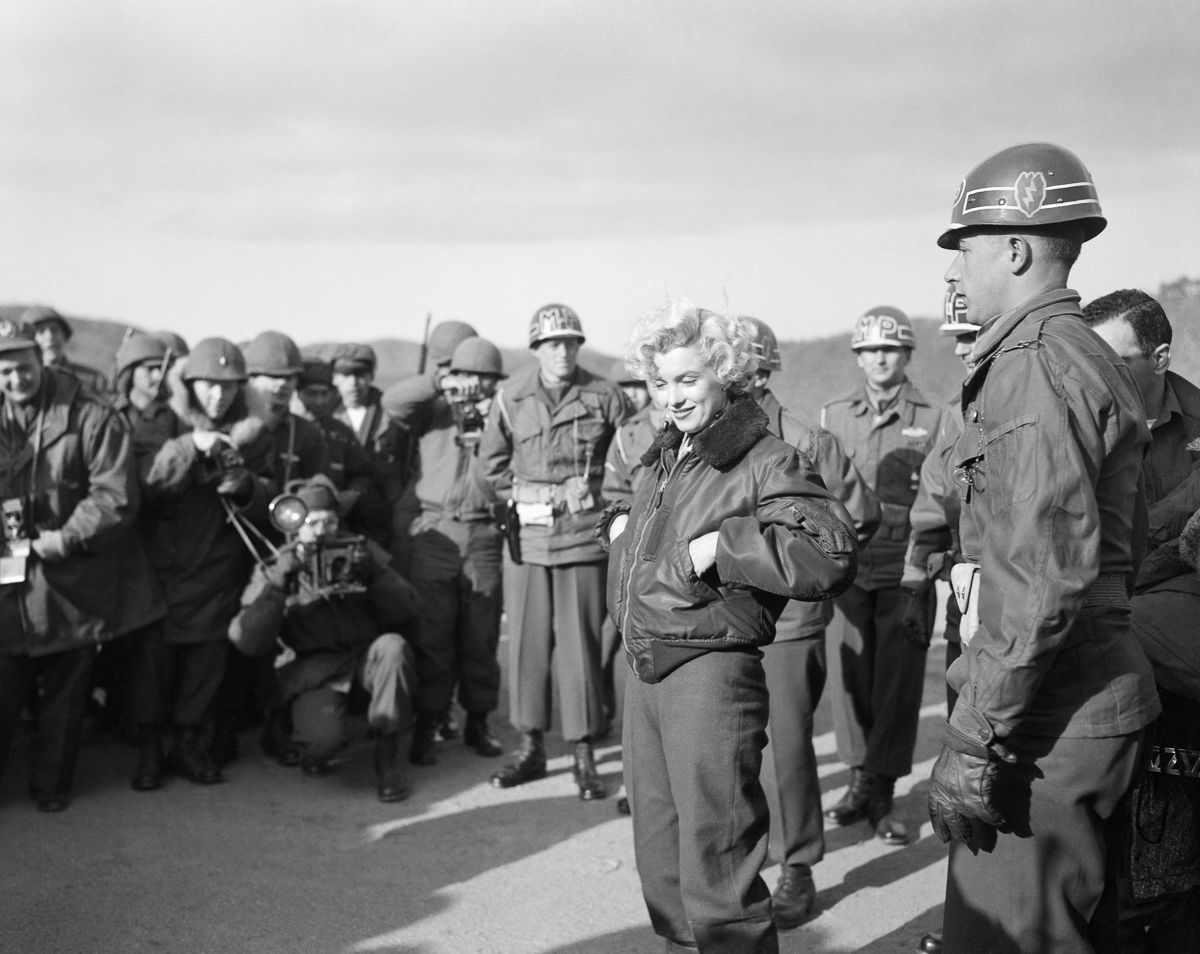 Also, he is a Trekkie. Deal with it.

My great grand-father, who actually just died, lived in Denmark during the Nazi Occupation years. He was a saboteur, a member of the Danish resistance and helped sabotage and destroy railway tracks. As he was working for the Danish Railway System prior to 1940 he helped reroute Danish trains to avoid them colliding with an explosion. He made it through the war without the Nazis discovering him, and I’m very proud to have known him!

In regards to World War II I had the circumstance of being a Dutch person with a German grandfather. Naturally that made good “jokes” in school whenever the war was discussed. My grandfather is from 1920 so he was enlisted into the army but I don’t know much about, he never spoke of it really. From what I remember my mother and aunt telling he was a member of a FLAK-company and met my grandmother when he was station in her village for some time (probably for practice as there was nothing worth protecting there).

I think he went to the Balkans and later into Russia and was severely wounded by shrapnel, initially even left for dead I think. That may have saved his life as one piece of shrapnel was dangerously close to one of the vital organs in his lower abdomen. He carried a scar (I have seen it) and the piece was still in there when he died in 2001.

From what I recall he was later sent to Denmark as an occupational soldier until the end of the war. The family he was quartered with had adult children living in the US and they sent my grandparents (after he had gone back to Germany, married my grandmother and had my aunt (1946) and mother (1948) stuff, like clothes and toys for the kids. So I guess my grandfather wasn’t that bad. I also recall from my mother that he once was offered to become foreman (or whatever you call it) of the local Schützenverein (not sure how to translate that into English, maybe Spartacus can help), like shooting at wooden targets in traditional garb, but refused saying something like "they once gave me a rifle to shoot at people, I will never touch one again).

I don’t know of any stories from my Dutch side as our village has had the fortune of being spared the war, both in 1940 and in 1944, war happened all around it but not quite here.

My Grandfather volunteered for the US military after the attacks on Pearl Harbor. Short, skinny and flatfooted he was worried he’d not get in, so he walked around on his toes during the physical complaining the floor was cold so they wouldn’t know about his feet. He got in, tested out in the 99% percentile and was sent to train as a navigator and bombardier for the Army Air Force. The first year or so of his service was spent in training, testing and developing navigational equipment and bomb sights for the B-17. He eventually was shipped over to England to join the 487th Bomb Group in Lavenham. As the bombardier of the B-17G Weary Willy he flew multiple sorties over Germany culminating with his participation in the Battle of the Bulge where he and his crew were shot down over the Belgium, Dec 24, 1944.

He, his pilot and a waist gunner survived. From what I understand, he injured his leg quite badly and was picked up behind German lines by an old farmer and his wife who put him in the basement for a few days until the Bulge was pushed back and the US lines caught back up allowing him to be picked up by some MPs attached to an armor division while dodging sniper fire. After spending time in a hospital in England recovering, he spent the remainder of the war training new bombardiers while also learning the new B-29 in preparation for being reassigned to the Pacific theater and the invasion of Japan. The atom bomb ended the war and the invasion never happened so my Grandfather never had to leave California before his enlistment was up and he returned home. He eventually made Captain in the reserves. My Grandfather was 500% more badass than I’ll ever be.

In the photo below, my Grandfather is in the back row on his far right (our left). 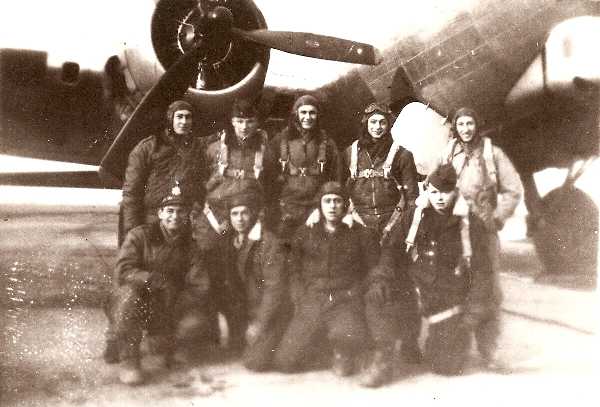 Edit: Changed one or two details I got wrong initially after going back through my papers. Belgium not Netherlands.

I will share two stories of men Im related to by marriage. One was Bror Damen, my step-great-granddad, if that makes any sense. He was a ship mechanic who served in the Finnish Winter War of 1939-1940. During the brief peace he returned to the sea and was aboard a ship when war broke out again. Determined not to die in the Karelian woods, he sought access to the Unites States... which had just declared war on Finland due to Finlands alliance with the Nazis.
According to his own account, he spoke very little English at the time, and didnt understand the forms the American officials wanted him to sign. In any case, next morning he woke up at boot camp. According to my history professor military service may have been offered to him as an alternative to internment. Remember, America had just joined a war other nations had been fighting for years, so they had a severe shortage of men with combat experience. Bror became a sergeant and in a very ironic twist of fate the man whod fled war to the other side of the world wound up on Omaha Beach. I dont know a lot about his service after that but he survived and I was lucky enough to meet him before he passed away in 2005. Brors brother, Thor, was a radio operator and during the war worked for the Finnish Broadcasting Company, essentially producing propaganda. He is remarkable because he was responsible for implanting a microphone in the train car where marshal Mannerheim and Hitler had talks during the formers birthday celebrations. He wasnt authorized to implant the mic and couldve ended up in serious trouble for it. In any case, the recording survives and is one of the only (some say the only) recording of Hitler speaking in a casual situation and not holding a speech. I´m only related to the two brothers by Bror`s post-war marriage to my great-grandmother, but theirs was definitively an unusual war experience. My actual great-granddad fought in the Finnish army throughout the war but developed a serious drinking problem (possibly due to war trauma) and died before I was born.