On what was only recently theEastern Front of World War One there is no end to war. Russia is at war with itself while it tries to reconquer the former territories of the Russian Empire. These new countries are also at war with themselves and each other, while they fight the Bolshevik Russian armies invading…

The second episode of 1919 deals with the wars in the former Russian Empire in 1919. We’re a bit late with the episode - editing was quite extensive… Despite the delay, we hope you enjoy the video. We hope to catch up to the schedule during the coming fortnight, but our resources are tiny and we’re stretched very thin at the moment, we hope for, and appreciate your understanding. channeling Anton Denikin in September 1919

Please read the comments before commenting on maps and troop movements:

Maps
The maps only reflect up to date borders for the regions involved in the action covered in the video. Borders that change in 1919 are not reflected as it would be impossible to time the changes correct - borders are at the state of 31. December 1918 (with one notable exception, Belarus).

Specifically:
Poland and Germany: the borders of Poland and Germany do not reflect the territories that change control through the Treaty of Versailles - this will happen in the next video.

Czechoslovakia: Slovakia is not included as the annexation of Slovakia only happens in this year (later video)

Lithuania: the borders area as proclaimed although in effect Poland annexes large part of Lithuania already this year (the campaigns are covered in this video)

Ukraine: the borders of Ukraine and Western Ukraine, when added together reflect modern Ukraine with some notable subtractions. As the nation of Ukraine falls to form at this point it is impossible to draw a correct border (the country doesn’t actually exist until after the velvet revolutions of 1989-91). The Ukrainian People’s Republic in 1919 laid claim to a border further east of the modern border to Russia, it is unclear were that border would be. The annexation of Bessarabia by Romania is an approximation (the border south of the Dniester line remains unclear).

Russia: for reasons of complexity the territories held by the White and the Red Armies have been simplified. Allied controlled territories in North Western Russia and Eastern Siberia are not included for reasons of clarity. The southern Russian borders do not correctly reflect all of the territories that were independent, because of the ingoing conflict between the Whites and Reds, as well as local revolutions and counter revolutions making it very hard to get the borders right.

Finland: the Finnish borders are the Finnish claims as they were in 1919 (some of which are not fulfilled after peace with the Soviets). Although strictly speaking not correct, this needs to be so that when Russia moves towards Finland there is a clear line (a mixed line is even more confusing).

Hungary: it will be some time until Hungary changes due to the Treaty of Trianon, only current 1919 changes relevant to he episode are reflected.

Troop Movements and Frontlines:
The movement of the conflicts have been simplified and in some cases approximated. It is almost impossible to select the exact movement of troops on the scale we’re at. We have done our best to reflect the essential movements and to stay true to the general outcome.

In some cases armies that divide paths were in fact multiple armies from the start and in some cases we have split armies that were united to make it clearer. In some cases (specifically example: Zinoviev and the Turkestan Cavalry) it remains unclear how the troops moved as sources are not in agreement.

In the case of the Estonian war of independence we have stuck to the front-line as best as possible, but the armies are not correctly divided.

Lithuanina and Latvian forces participated in the Polish campaigns of 1919 against the Bolsheviks - for reasons of efficiency we have not include this in the text and on the maps.

Commanders
We have tried our best to reflect the correct commanders in the right place - in reality this is very fluid and when telling the story in this rough way there is no way to get it exactly right. Some armies changed commender during the campaign - we have not reflected this to avoid complexity.

Thanks for reading these ramblings this far and once again we hope you enjoyed the video.

Clicking the link but redirects me to the sign-up page…

Clicking the link but redirects me to the sign-up page…

Yeap… when I click the video, it redirects me here Signup 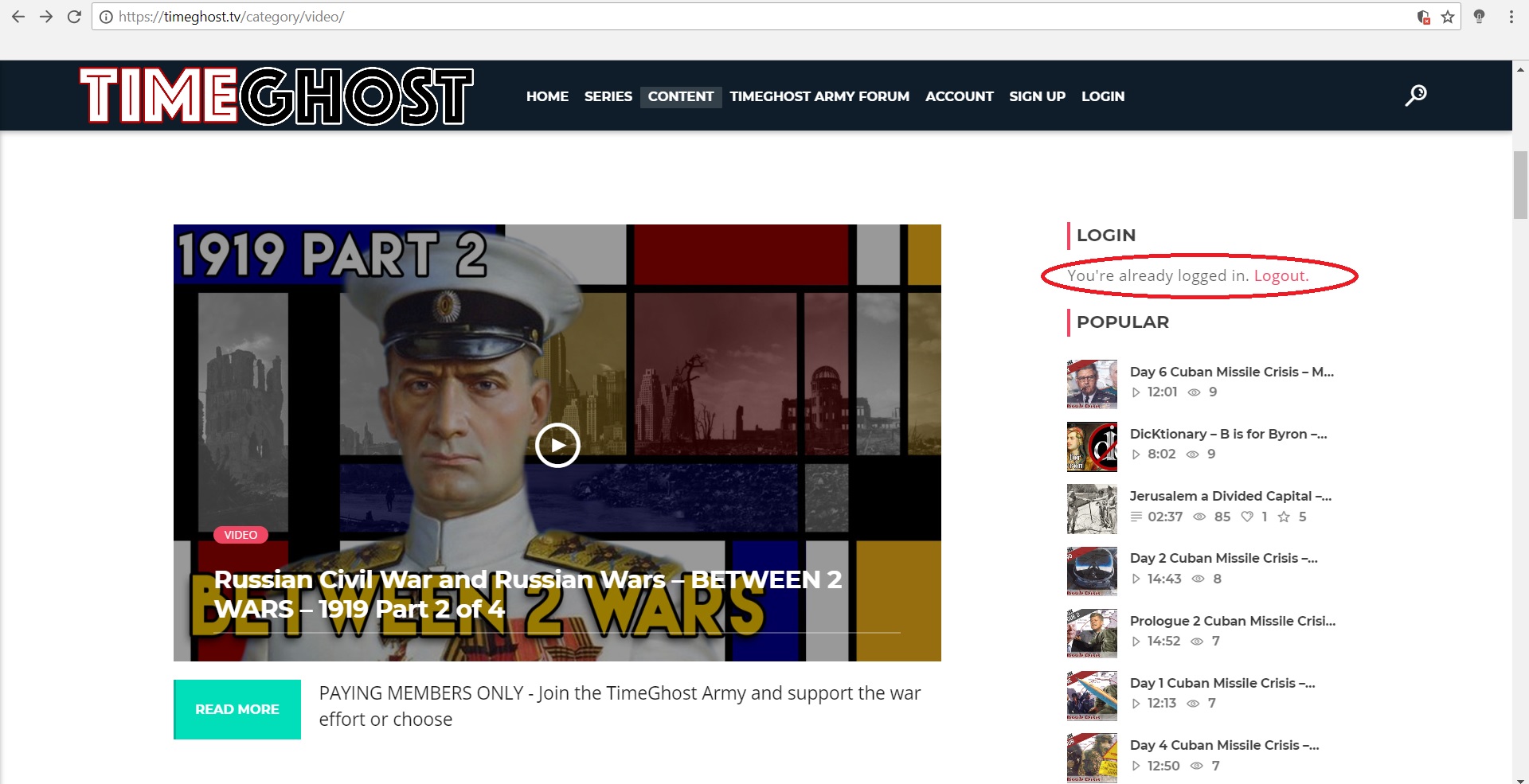 Fixed - you should be able to see it now! We have an error in the system, it’s lapsing memberships (a thought error in settings regarding exoneration dates, we’ll fix it ASAP). I’ve corrected your settings manually. Sorry for the inconvenience.

Now works like US arms industry during the war!

I’ve got the same issue. I signed up on Patreon but something seems to have gotten lost somewhere.

I have the same issue as well. I log in, I click on a video, and then it takes me to the sign up page as if I never logged in. Specifically, it goes to this URL: https://timeghost.tv/signup/?mepr-unauth-page=1966&redirect_to=%2Fseries%2Fbetween-2-wars%2F
Nothing appears below the “Login” segment on the right-hand side of the page. If I happen to click on the “Sign Up” in the top banner I get taken to https://timeghost.tv/signup/ and under the “Login” segment on the right-hand side of the page it says that I am already logged in. If I click on the logout link the page then the Username and Password text boxes appear where they should. Logging back in takes me to the home page, but if I try to click on any paying members only links it sends me back to the sign in page.

Same problem, it should be working now- our apologies for any inconvenience.

OK, that seemed to do it. Thanks.

Same problem, it should be working now- our apologies for any inconvenience.

Thanks. On a possibly related note, how come some people have a little TGA logo next to their avatar? Is it to do with what level of donation you’re making?

Is it to do with what level of donation you’re making?

That is correct - but automation is not working as it should yet (we might not have captured all members correctly yet). The badge reflects the higher access of our membership tiers starting with TimeGhost Army Captain.