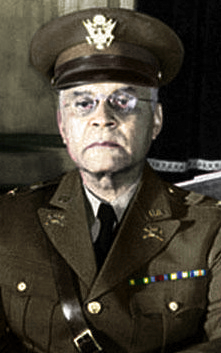 President Roosevelt today promoted Colonel Benjamin O. Davis to be a brigadier general, making him the first Negro brigadier in the history of the U.S. Army.

Mr. Roosevelt announced the promotion at a press conference along with several others.

The list of promotions was led by the advance of Maj. Gen. Delos C. Emmons, commander of the GHQ Air Force, to be a lieutenant general.

2 Likes
Racism of the US Army - Fighting for Freedom? - WW2 Special