New York (UP) –
Britain disclosed today that its new twin-engined Mosquito bomber is made of wood and claimed that it is not only:

…the fastest bomber ever built, but one of the fastest planes in the world in any category.

A British broadcast recorded by CBS said the plane is powered by two Rolls-Royce engines and carries, four cannon and four machine guns.

The Wooden Wonder of Bomber Command is joining the fray. What harm can it do it is just made of wood ?

DCS is busy on an excellent simulation, I hope that someday one will appear in my log book!

The Mosquito has a Canadian connection in that almost all the wood used to build the Mosquitoes came from Canada. The Mosquito in part played a major role in Canada becoming one of the leading manufacturers of lumber in the world.

Thanks for sharing this great info. I went to the De Havilland Museum in 2018 and while it is fairly small it is really cool.

There also was a nature preserver who counted the insects and types. He talked about the insects and pointed out the had the names of the plane, Mosquito/Dragonfly etc. He also had a leech but together we worked out that this probably became the name of the DH Vampire. The excellent single engine Goblin equipped jet fighter. Too late for the war as it wasn’t dumped on the pilots before thoroughly tested.

Leech => Vampire which is way cooler. The week before I took a training flight on a DH Vampire in Coventry, it flies like a Spitfire on steroids and has much better visibility and easier engine management (less handles to worry about, it still is a jet)

what about the engine? Is that made out of wood too?

Also I can’t wait for the germans to counter this plane with planes made out of paper.

Here is a video on the Mosquito, the Germans tried to copy but had glue issues 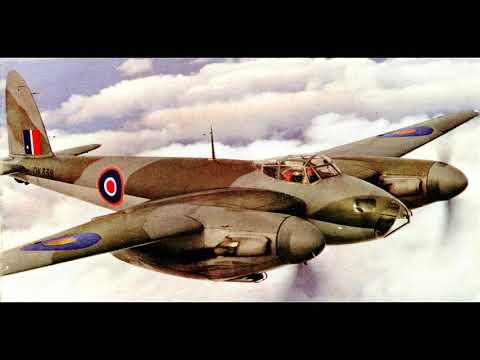 Not only a Wood connection to Canada

A total of 1134 Mosquitoes were built at Downsview, just north of Toronto, from 1942 to 1945. Canadian-built Mosquitoes were flown in combat in Europe and North Africa by the RCAF, Royal Air Force, and U.S. Army Air Force