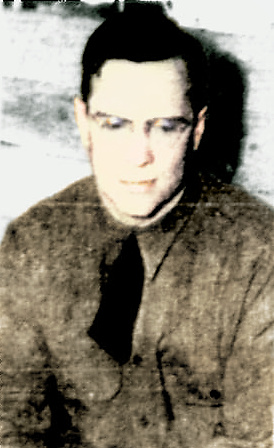 New York, June 27 (UP) –
It was a hot day and the sergeant was getting impatient with a chubby conscript who couldn’t seem to get his feet straightened out in close-order drill.

The sergeant observed in ringing tones:

I’ve seen some stupid people, but you are by far the worst. It’s a lucky you got in the Army, because you would never be able to make a living anywhere else.

The private was William McChesney Martin Jr., who drew a $48,000 annual salary as president of the New York Stock Exchange until his recent induction into the Army. He is telling the story on furlough.