Progress of the Patreon campaign

I’ve been largerly ignoring/postponing the inter-war videos but I feel that now is a good time to clear my backlog and get up to speed, now that the proper WW2 content that I was very much looking forward to has begun.

I was one of the earlier patrons and also pledged as much as a broke student can during the Kickstarter campaign to help a bit with initial funding. The first couple of months, the Patreon campaign looked worrying with what appeared to me to be very slow progress. I understand that pushing this project without piggy-backing on the TGW channel was going to be hard and I really want this awesome project to succeed, and to succeed largely independent of ad revenue or external funding.

I was wondering if there is some kind of publicly visible data (or at least some figures you could share) to visualize the progress of the Patreon campaign. I can’t exactly explain why, but I’d be interested in seeing how the number of backers and the financial result evolved. From time to time I look at those numbers over at the Patron website and wonder when and why there may have been a jump.

I’ll keep my fingers crossed that the word about Time Ghost spreads exponentially in the future, as this is a very important project the brave people behind it have decided to kick off. Thanks for that.

This is a very good idea - I like transperancy. There is no easy way for granting access to the data as it would open up the whole Patreon system including bank transfers, but I will try to post occasional updates here in the forum. Even without the data I can say that growth in all ways happened through WW2 and the amazing amount of shares that we got from you guys. As a first glimpse here three charts with YouTube Subscriber growth compared to Patreon Pledge growth: 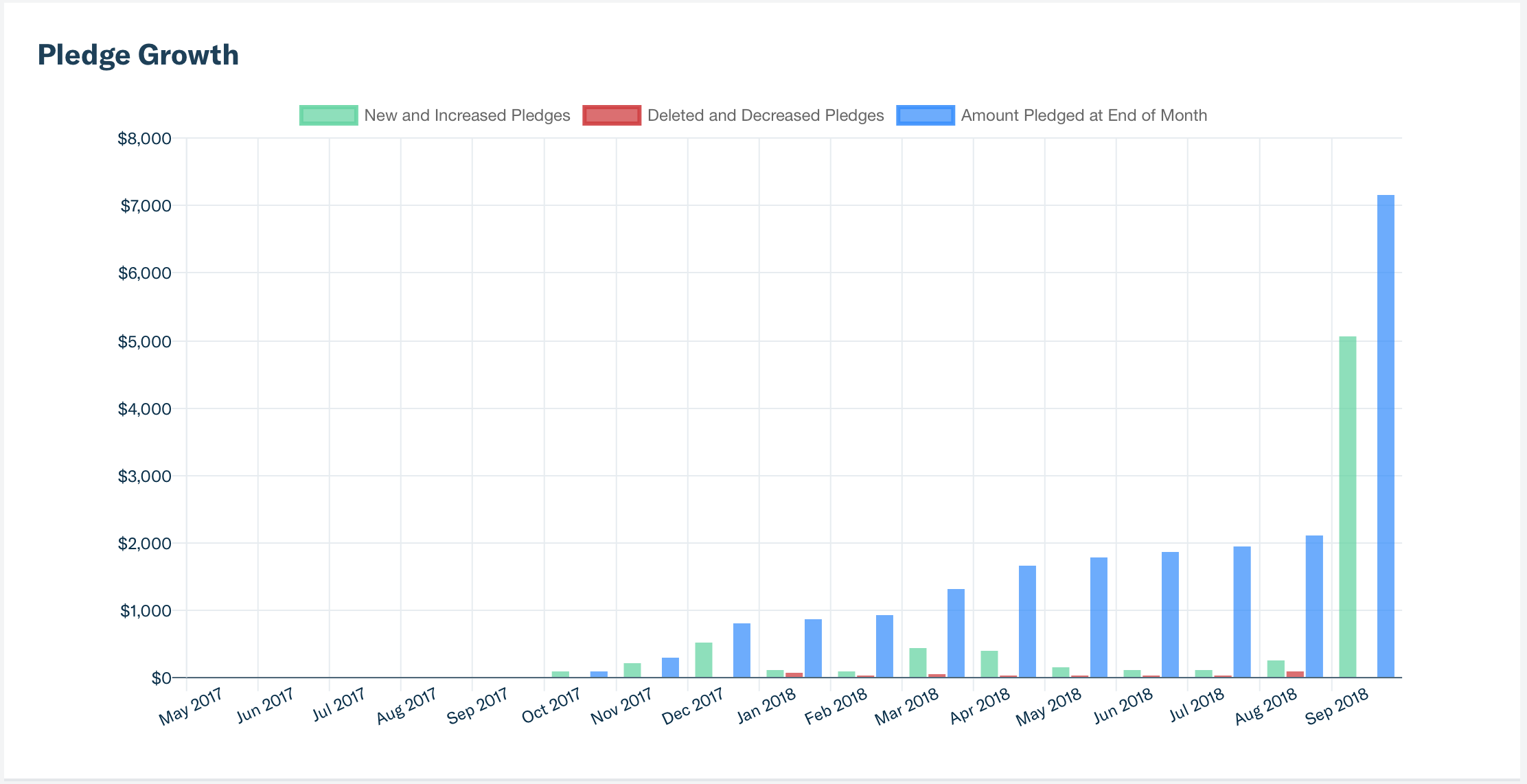 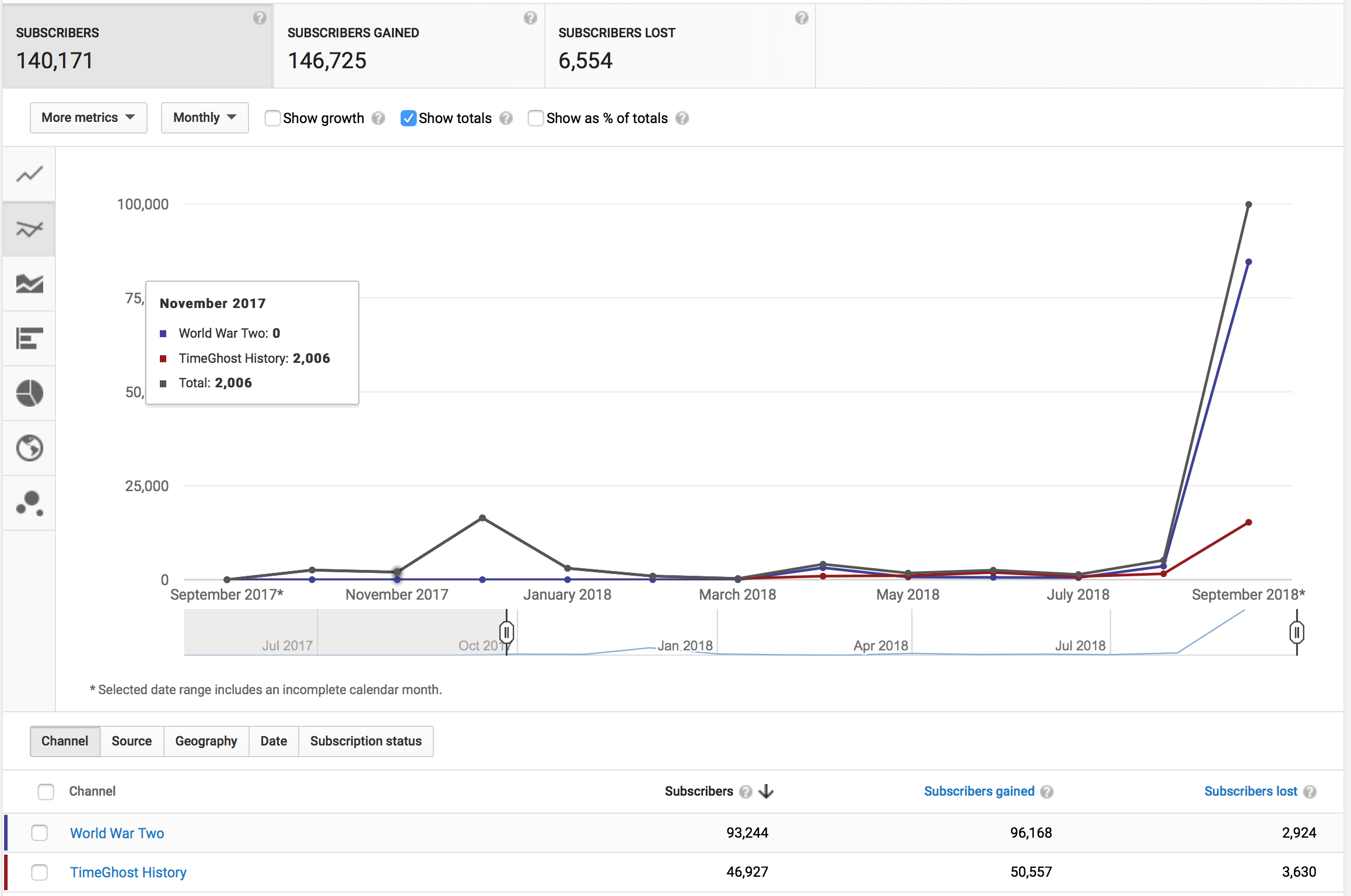 This is fantastic, Spartacus! I wasn’t 100% sure there was a big leap recently, but the graphs make it apparent instantly. Thank you so much for the data!