After Field Marshall Harold Alexander took command as Commander in Chief Mediterranean and Middle East Theater and General Bernard Montgomery as 8th Army commander on August 1942 they set up a series of ruses , deceptions to deceive and manipulate the enemy before Rommel’s next attack towards El Alamein Line and Nile Valley. 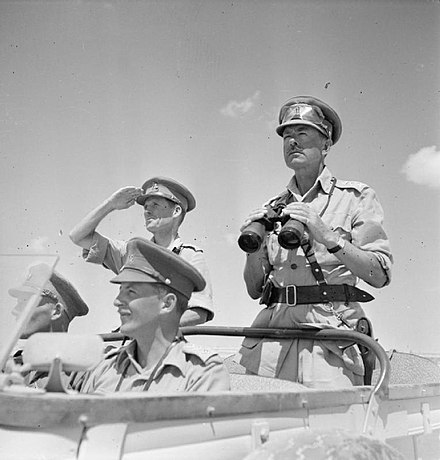 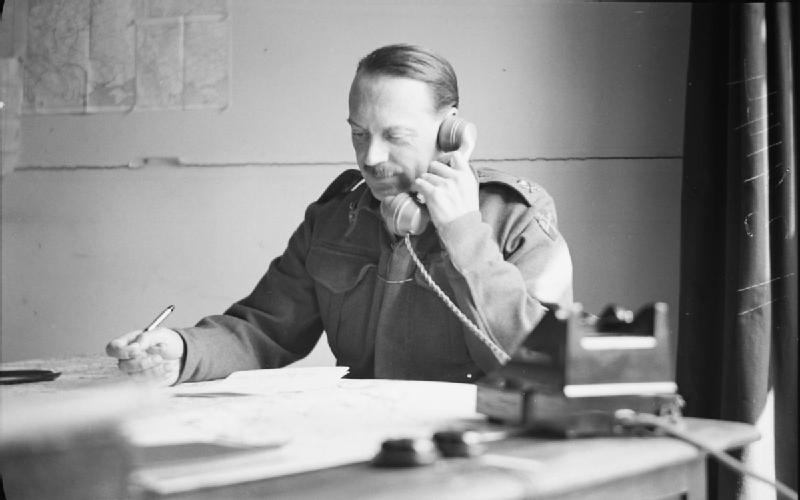 Since Panzer Army Afrika could not outflank Eighth Army again this time (one end of Alamein line was at sea at Mediterranean , other end was at Quattara Deppression beyond south of Quaret el Himeimat) the only way to attack for Rommel was frontal , either from south or north , breakthrough and outflank other half of El Alamein line. To prevent this and manipulate Rommel’s move to the most expected defensive area of the El Alamein line a series of deception plans and ruses put into motion.

One idea came up by Montgomery’s Chief of Staff Brigadier Freddie de Guingand and Monty’s Chief of Intelligence Brigadier Bill Williams was planting a misleading fake map on edge of Axis minefields on No Man’s Land at Alamein line inside a damaged armored car. Eighth Army headquarters was aware that Rommel and Panzer Army Afrika were frantically trying to get hold any kind of intelligence about British defences at Alamein line before the attac since Axis intelligence resources like Col. Bonnar Belar reports from Cairo encrypted byt US State Department “Black Code” that was decoded by Axis decoders or destruction of German Signal Company 621 during First Battle of Alamein at Tel El Eisa Ridge on 10th July 1942. The map was obviously put there to be captured by Germans and designed and drawn by British military intelligence to deceive the enemy. The aim was to deceive the Axis by displaying the southern sector of Alamein line ( the sector between Alam Nayil hill and Qaret el Himeimat box) as hard ground suitable for tanks and motorized vehicles and protected by a thin minefield and not held strongly.

Actually it was quite opposite. Southern sector of Alamein line south of Alam el Halfa was soft sand , highly unsuitable for armor and motorized / mechanized operations and British engineers planted some very deep minefield with multiple belts in that sector which was not displayed on planted map at all. They also dug heavily on high ground above Alamein at Alam El Halfa ridge , put 17 pounder anti tank guns of 44th Infantry Div. and 8th Armored Brigade plus elements of 7th Armored Division. Montgomery was expecting Axis attack from this location and wanted to manipulate enemy to assault on that sector. 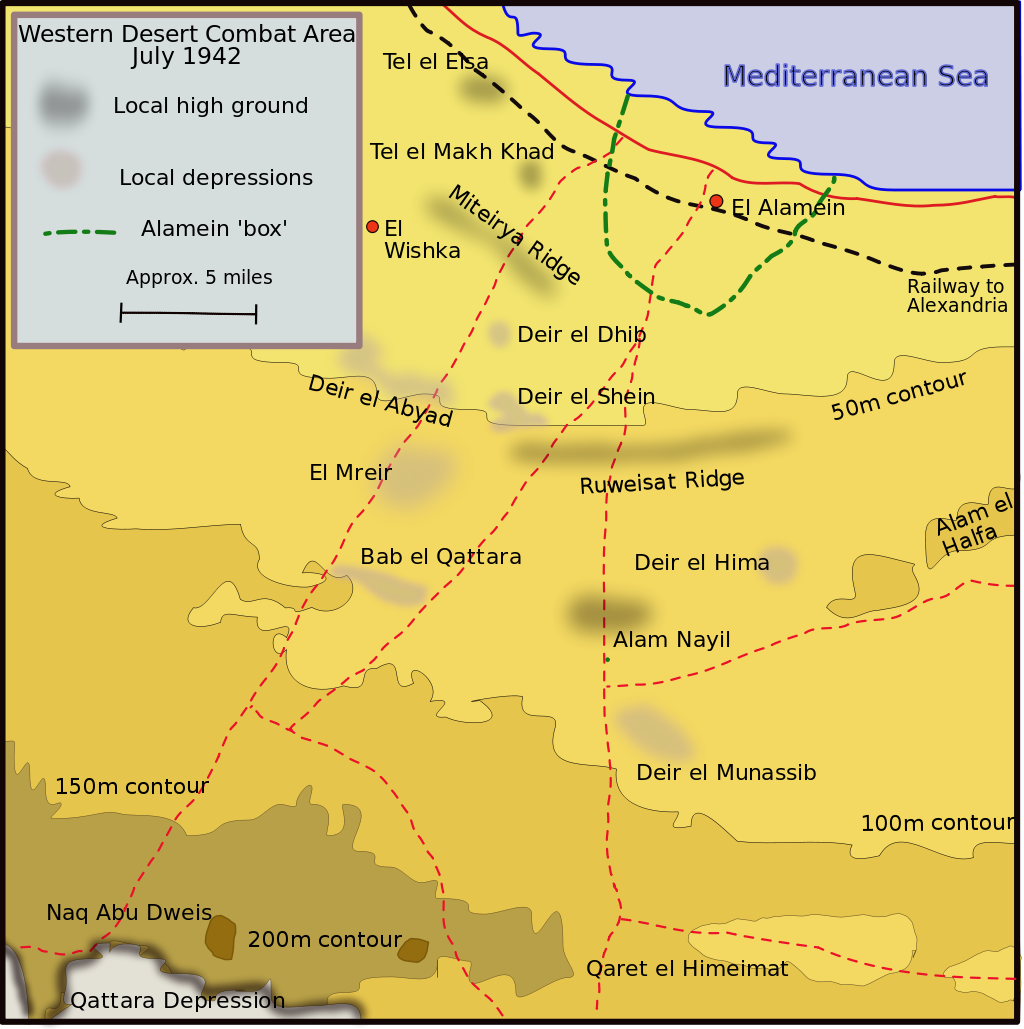 The map planting operation was carried out on night of 19-20 August 1942. A ‘going’ map was a specially coloured map produced by the Survey Branch showing what parts of the desert were possible for vehicles and which areas were impassable. The map was specially drawn up to show that a wide flanking move around the Alam el Halfa position would be hard ‘going’, while an advance against the south of the position would be relatively easy ‘going’. The map was ‘aged’ with folds, creases, tea and oil stains and given to an 11th Hussar armoured car reconnaissance patrol. The patrol drove within sight of the German lines at Ruweisat ridge and attracted some fire, at which point the crew of the armoured car faked a breakdown. The crew bailed out, ran away to the safety of another vehicle in the patrol and sped off, leaving the map and several other documents behind. At morning British recon observed an Axis patrol arrived to damaged car and retrieved the map. Later that day General Brian Horrocks commanding 13th Corps in this sector informed Montgomey’s Chief of Staff Brigadier Freddie de Guingand that "enemy took the eggs" Reply “Lets wait the chicks out of them then”

At the headquarters of Panzer Army Afrika on 21 August there was almost festive mood for this sudden intelligence boon they got just before their offensive on Alamein line would start ten days later , showing exact topography and defences British had on the sector exactly Afrikakorps would attack just like they needed. Rommel’s Chief of Staff General Fritz Bayerlein in exhilarant mood claimed “That is extraodinary , the road to Alexandria has opened to us.” All German assault planning mostly based on this captured map.