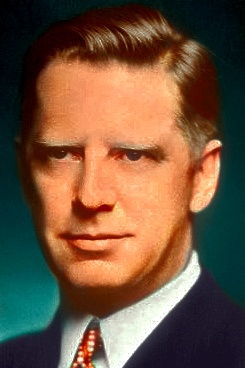 Pegler: On the Zooter Riots

Chicago, Illinois –
The so-called zoot-suit riots in Los Angeles may seem to be strictly local trouble arising from the local peculiarities of that peculiar community, but the problem is broader and more dangerous than that.

The same friction between gangs of young civilians and lone men in American uniform was noticed in Tucson, Arizona, during the winter, and an outbreak which might have been equally bad or worse was averted as soldiers and university students made more or less informal plans to go to town on Saturday night and beat up anyone found wearing a zoot suit.

Being forewarned, the police, a local judge and the editors of the papers started a counterpropaganda to minimize as isolated and strictly personal troubles a number of street fights which had previously aroused public alarm and moved one judge to declare that anyone brought before him wearing a zoot suit would be found guilty. Thus, a riot was averted.

Trouble is a mystery

In Los Angeles, as in Tucson, the trouble is a mystery, and in both places, there has been idle, troubled speculation as to whether the fights could be provoked by some enemy power, although there seems to be no evidence of that. Because the strife has been more dangerous in Los Angeles, it has been given more serious thought there.

One liberal newspaper reporter, who knows the Mexican people from many years of contact not only in Southern California, but in old Mexico as well, believes the young Mexican-American marauders are victims of frustration. Contrary to intimations in recent dispatches from Los Angeles, the majority of them are not Mexican nationals, but native Americans of Mexican blood.

This journalist says they feel that they are socially excluded for racial reasons, but admits that the gangs are made up of thoroughly vicious young hoodlums, including some girls. It is undeniable that they have been guilty of a number of killings and rapes.

Therefore, when they are moved to mob action against any element of the community, as they were in Los Angeles, it is plain that they are acting under great provocation. That was the fact in Los Angeles. So many men in uniform had been beaten up or “pushed around” that their individual resentment broke out in mob action.

Nobody seems to understand why the zoot-suiters, not all of whom, incidentally, wear the outlandish uniform of the group, are so bitter against men in the nation’s uniform. It may be bravado, but that is only speculation. But there is nothing mysterious about the delayed, violent reaction of the servicemen.

They just got tired of taking it and, as fighting men, will fight back. It is all very well to say they should have let the law take its course but the law was not doing its job, and when an individual is attacked on the street, he does not wait for a cop to happen along. He takes law enforcement into his own hands to the best of his ability.

It is a mistake to sympathize with these gangsters on the theory that they are misunderstood or the victims of social yearnings. The soldiers and sailors deserve the public sympathy and the protection of the law, and the problem will not be solved by placing out of bounds permanently the attractive city areas, which, in much of Los Angeles are pretty sordid at best, lest they undertake to defend themselves and their wives and girls against unprovoked attacks by repulsive gangs of cowards who always outnumber their victims.

It is the gangsters who must be restrained, and American cities must be policed so that others may go about in safety on the streets.

Indirectly but unmistakably, this cult got its inspiration from the degenerate exhibition of youthful mass hysteria which began on Broadway with hundreds of them writhing, twitching and howling gibberish to the horrible squeals and squawks of the jive bands.

That all this was sheer, intentional affectation, there is no doubt, for they behave so only in numbers, when they have an audience to show off to. The newspapers had a part in the promotion of the cult by treating it as a new expression of the spirit of American youth.

Although the zoot-suit gangs are predominantly native Americans of Mexican blood, not Mexican subjects, that does not mean that there is hard feeling, although obviously there is a danger of indiscriminate distrust and hostility on both sides. A little dose of good quick police work by efficient detectives and cops should be the answer.