On October 8, 1941, Quality Comics releases the cover-dated December 1941 issue # 18 of National Comics. In the Uncle Sam story, Pearl Harbor, Guam, and Portland (Maine) are attacked by forces that look a lot like the Japanese and Nazis! Uncle Sam and the Spirit of John Paul Jones team-up to defeat an attempted Nazi invasion of Portland itself!

While cover-dated December 1941, this comic book would have been off the newsstands by mid-November 1941, it nevertheless cast an eerie foreshadowing of the events of December 7, 1941. 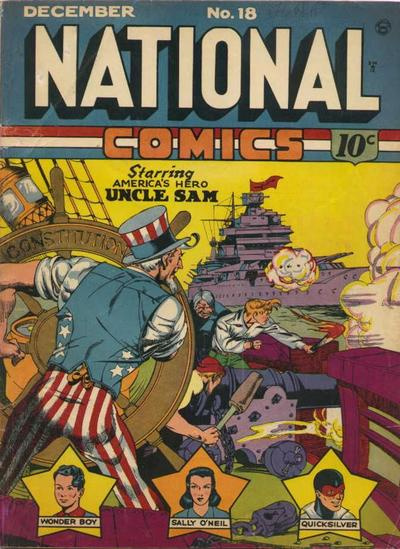