So I didn’t get the episode early despite being part of the tier for it. Anyone know why? If I open the app on my phone I only see the Between 2 Wars post. If I go on the computer to the site I see the new WW2 video but it’s locked.

Same here. Not getting the posts early.

I have had the same problem. Twice last week. I sent an email to customer service last week but have not gotten a reply. It’s very frustrating!

So I didn’t get the episode early despite being part of the tier for it. Anyone know why?

If the tiers still don’t match with what you’re getting, something is wrong and needs to be fixed. Please let me know in a reply. FYI, you can see the content early both on https://timeghost.tv and Patreon. so even if Patreon doesn’t work, there is still an option to see the previews.

I’m in the Army Private Tier. Until last week I was seeing everything early.

And to be clear, I don’t mind jumping to the next tier since it’s only 10 cents more (and I love the content). I was more upset that it happened with no clear notification and when I didn’t get the usual email about the early video it worried me.

@idigcrzychicks @oodlesofpoodles0923 the preview for Between 2 Wars is live now. Are you guys able to watch it?

Nope. I just switched to the $3 tier from the 2.90 one this morning 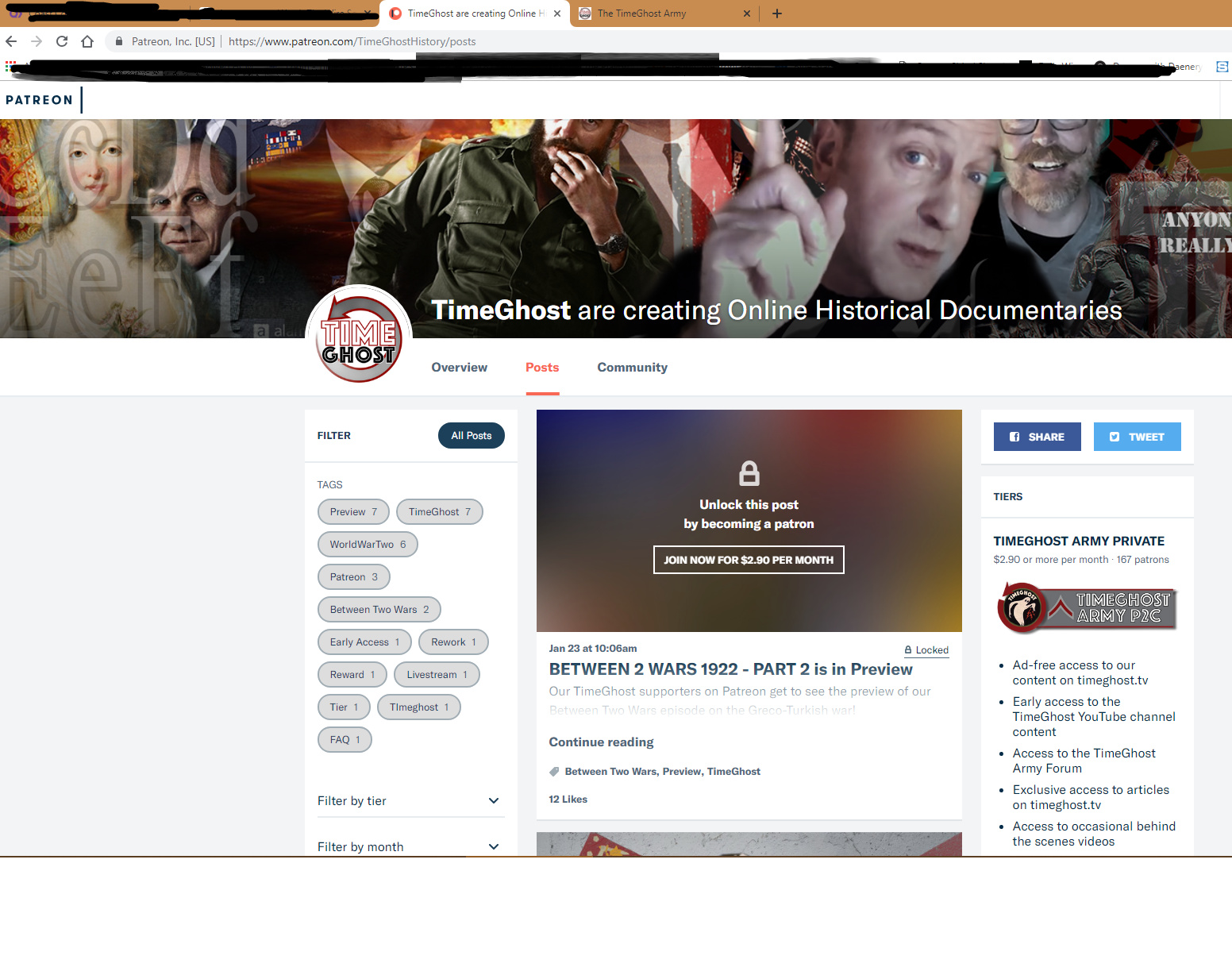 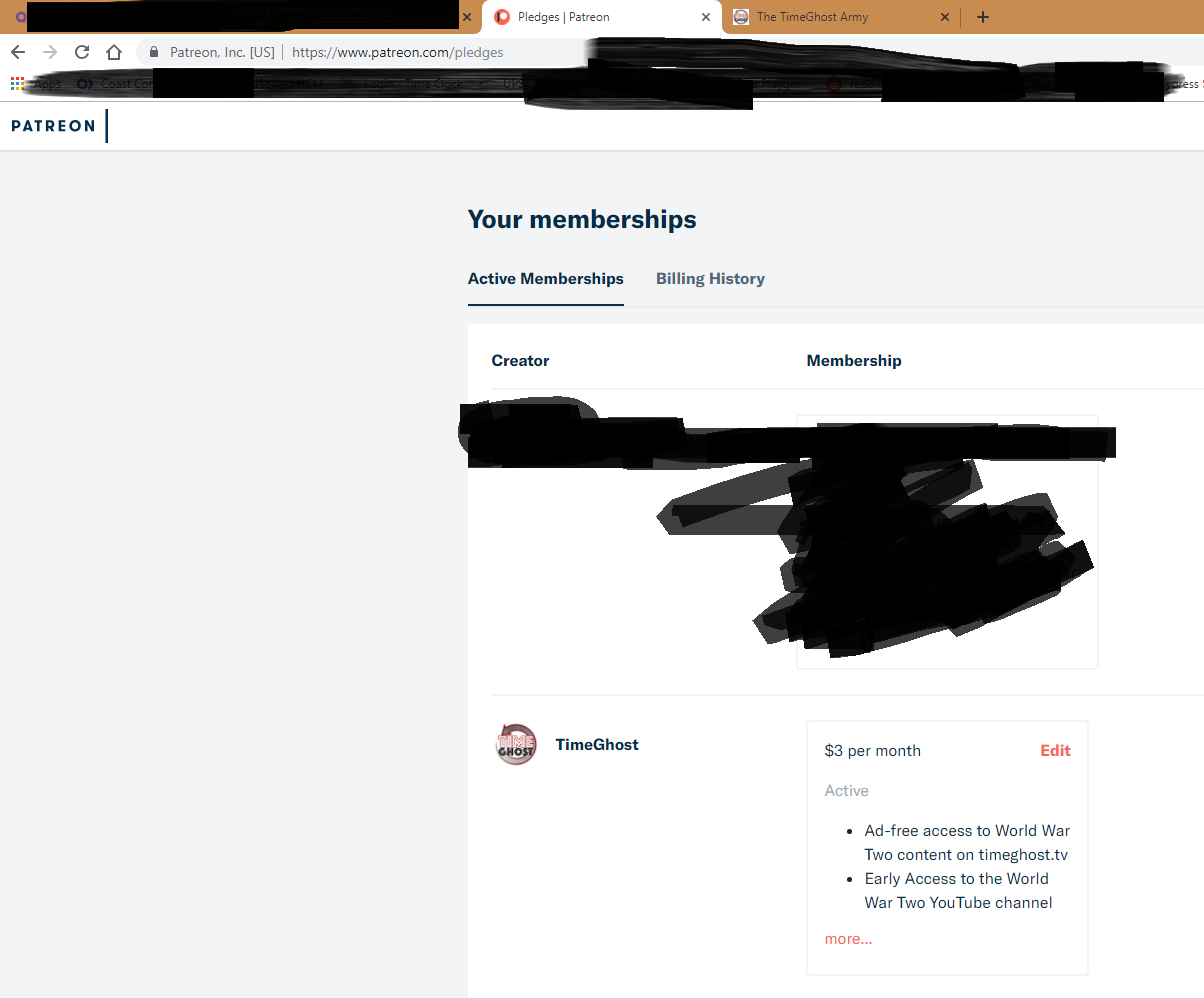 If these screenshot won’t show up for you let me know.

@idigcrzychicks
I checked, and you’re a TGA WW2 DIVISION PRIVATE. You should be able to see all the World War Two Previews, but not the TimeGhost (Between Two Wars) previews.

I just switched to the $3 tier from the 2.90 one this morning