NEWS BEHIND THE NEWS
By Paul Mallon

Washington, Feb. 8 –
Pulse of Washington is being stepped up gradually toward the martial tempo. What has impressed this speedup personally upon minds of all in or near official life is the quietly adopted regulation requiring government employees and newsmen to wear badges with their photographs for entry into the White House and some other government departments. Process of photographing and fingerprinting has been going on the past few days.

Such steps are obviously not necessary now, but would be in times of emotional stress. The White House grounds, for instance, have been open for all to enter since election day. But during the election campaign when temper ran high, the iron gates were closed to visitors.

Only merry Bill Knudsen, defense director, has smiled his way out of the new rigamarole. He simply refused to be photographed for a badge, saying he had “punched all the time clocks” in his early working days that he intended to punch. As no one dared to draw the issue with him, copies of his physiog have been surreptitiously furnished guards in his building. But he still runs the chance of being thrown out one day.

Joseph Martin, Republican director, had a hard decision to make against the lend-lease bill. He is convicted the nation will go to war. He knows his opposition cannot be popular, yet he could not take any other course. What finally made up his mind was that all his life he had been fighting against centralized federal government powers, and he just could not support a bill giving Mr. Roosevelt everything he has ever wanted and even some things he has not.

Martin does not care particularly whether he is reelected if a war is on 18 months hence. He is content to be right. 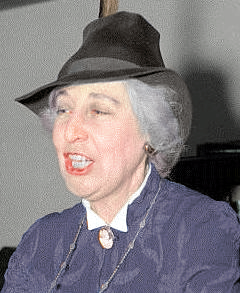 Who said a woman could not keep her mouth shut? Jeannette Rankin, only Congresswoman who voted against the last war, has actively resisted the lend-lease bill, but so quietly no one knows it. She has refused to give out statements of her position. The lady representative from Montana was defeated after her conspicuous stand against war 24 years ago. She explained her contrasting silence in this debate to her associates:

My two predecessors talked themselves out of this job.

The hand is more powerful than the tongue in Congress, perhaps because it is used less.

Exact figures are a military secret, but we will slip the British an average of $300,000,000 war materials monthly this year. Current monthly exportation is slightly under that amount but the average level will be reached within four months and the last half of the year will be higher.

This is not very much in the administration way of thinking. Some officials claim it is even less than the Germans are getting out of the French in confiscated production and war materials.

Laughlin Currie’s mysterious mission to China ios explained in the upper strata as solely an inquiry to determine the mechanics of handling the forthcoming $100,000,000 loan. He is to ascertain if this government should supervise expenditures of the money and customs receipts there. The Chinese government apparently wanted him to come, but perhaps for a different purpose. They are using his presence on the scene to stress their need for further material aid.

The United States is quietly preparing to defend the Philippines. An official bill has been presented in Congress authorizing the Navy to sell materials (apparently meaning a few small ships) to the Philippine government. The War Department has had such authority and has been helping General MacArthur to whip the Philippine Army into shape for some time.

These steps are not sufficient to make the Philippine defense formidable now, but look forward to 1943 when independence will become effective.