My great grand father, Louis, was a WW1 veteran.

He was drafted in 1918, fought in the french army (Champagne/Alsace campaigns) and stayed in the military until 1921 when he was sent home as a second lieutenant.

He stayed in the french reserve army and became a reserve captain in 1936.

As the war started with Germany, he was incorporated to the 53e RIC, a reserve colonial infantry regiment in the south of France, part of the 5e DIC, a reservist colonial division (rated-B).
(Colonial troops were originally supposed to defend the colonies).

The average age of the regiment soldiers was between 28 and 30.

Louis was then as a captain in command of the Compagnie Hors Rang (non fighting company), which regrouped all the non-fighting related soldiers of the regiment (supplies, repair, trucks, medics…).

In April 1940, half of the reservist soldiers were dispatched to other regiments, and 1,800 senegalese black soldiers were incorporated. (in the french army, “senegalese” stands for black african soldiers from the french colonies, as the first ones of this kind in the 19th century were indeed from Senegal).

Among them, a black french officer, captain Charles N’Tchoréré, in command of the 7th company.

The 53th RIC now became the 53th RICMS (Régiment d’infanterie coloniale mixte senegalais, or something like mixed senegalese colonial infantry regiment, or more simpler a regiment with black and white soldiers, but each in different companies, only the officers being generally white).

After the catastrophic beginning of the battle of France, the division was sent by train to guard the Somme river the 20th of May, between Abbeville and Amiens. The regiment suffered its first casualties (8) during an air raid.

One of the three infantry regiment of the division was sent to support then Colonel Charles De Gaulle in the battle of Abbeville which took place between 28th of May and 4th of June 1940, in an attempt to retake the german bridgeheads on the Somme while the battle of Dunkerke took place (it was a failure…).

The 5th Colonial Division was now reduced to only two infantry regiments ( + artillery, …).

The 4th of June 1940, the 53th regiment of Louis took position in the towns of Airaines, Condé-folie and Hangest sur Somme, right next to the Somme river.

For some reason, the train bridges on the river at this position were not blown, it’s not clear why, maybe cause it was supposed to be part of a french counter attack.

Problem was, the german engineers were already preparing the bridges, removing the train tracks to let the 500 tanks of the german 5th and 7th (Rommel) panzer divisions advance. Right into the 53th regiment, through the town of Airaines.

The order from the french high command came : “pas d’esprit de recul” - “no spirit for retreat”. They had to hold their position at all cost. In the colonial army, there is a motto: “la coloniale ne se rend pas” - “colonials do not surrender”.

The german attack started the 5th of June at 0300. Artillery, Stuka, tanks, flame-throwers, everything. The defenders would hide in the town cave during the bombings and take back their positions. There was no real support from allies planes, only the division artillery. Well, one british plane did show up and promptly bombed the french defenses.
Some german with cars or bikes would get lost thinking the town of Airaines was already taken and my great-grand father Louis would take two german officer prisonners this way.

The 7th of June, the town of Airaines was still holding against the germans. The fight was now urban warfare and close combats. The senegales soldiers had their famous “coupe-coupe”, machetes and along with other french soldiers with grenades, jumped on advancing tanks. The germans after bombing every house would try to remove the french with flame throwers.

The regiment was encircled. Ammunition was low. Officers that had received the order to not retreat decided to stay until they had no more ammo and surrendered. Other officers and soldiers were given the choice to form small groups and try to break the encirclement, during the night for instance.

Captain N’Tchoréré, the french black officer, had held in the town of Airaines and had to surrender when he had no more ammunition and a few men remaining.
The germans would separate the french soldiers and officers but also the white soldiers from the black soldiers.
Captain N’Tchoréré tried to show that he was a french officer and be treated as such. He was shot by the germans.
Other black soldiers that protested were shot too. White officers who protested were shot.

Groups of french soldiers tried to break the encirclement during the night. Some had to attack german soldiers to do so, sometimes with their machetes.
German started hunting for escaping group of soldiers. Black soldiers were captured. They were shot. One white french lieutenant, leading a group of black soldiers, would report: “I was taken prisonner. My senegaleses? all dead, none prisonner”.

My great-grand father managed to escape and then began a long hard walk, crossing the Seine river, then to Paris, Britanny then the Loire river and the south of France. He had survived and was not taken prisonner by the germans.

General Weygand after the armistice would give an army citation to the 53th RICMS regiment. Also the regiment could put the name “Airaines” on its flag.

After the armistice, the colonial regiments were used to guard the french “concentration” camps created for the spanish republican refugees in 1939 but that had all kind of population and were also used for foreign jews in transit to other camps. My great grand father was reponsible of indochinese soldiers/workers that were in one of those camps. In 1942 with the german invasion of the “free area”, the vichy military was disbanded.

Louis, in the middle with the kepi: 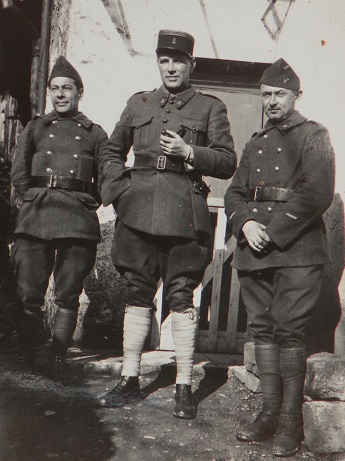 Captain T’choréré before the battle: 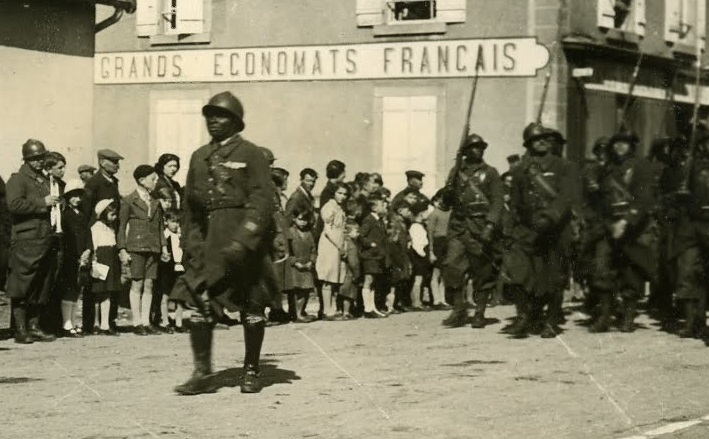 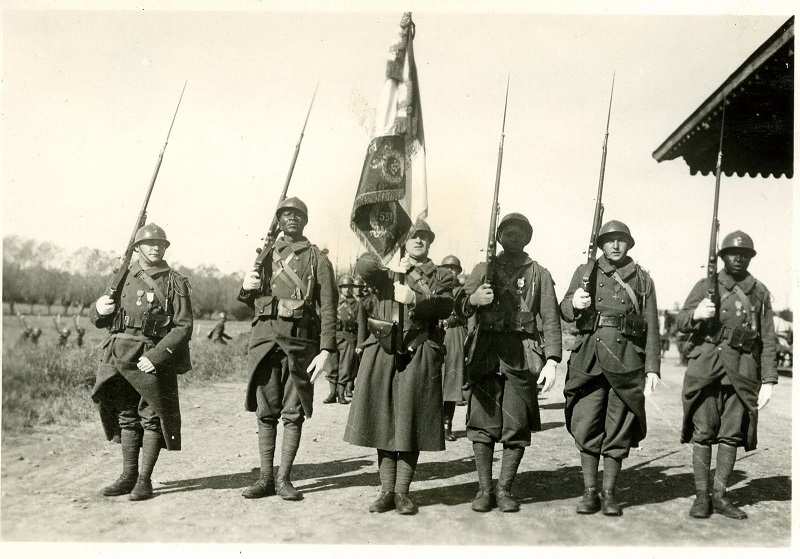 The german attack (red) and the 5th DIC retreat (blue) 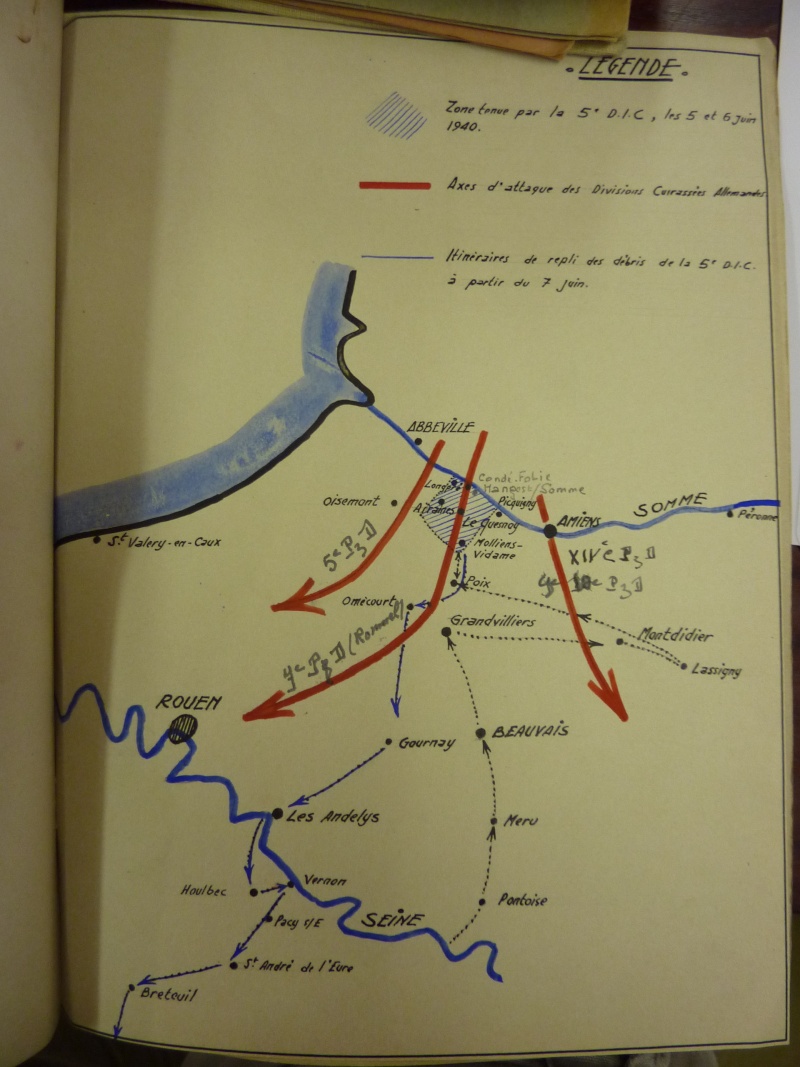 Overview of the front: 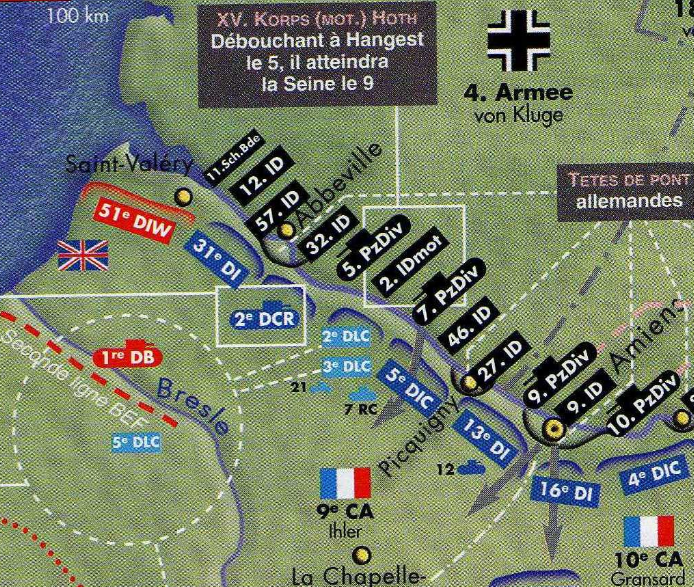 Monument to Captain T’choréré and the soldiers in the town of Airaines:

His son would also die in June 1940, defending the Somme river 50 km away from his father.

Rommel tank assembling before the Somme river on their way to Airaines: 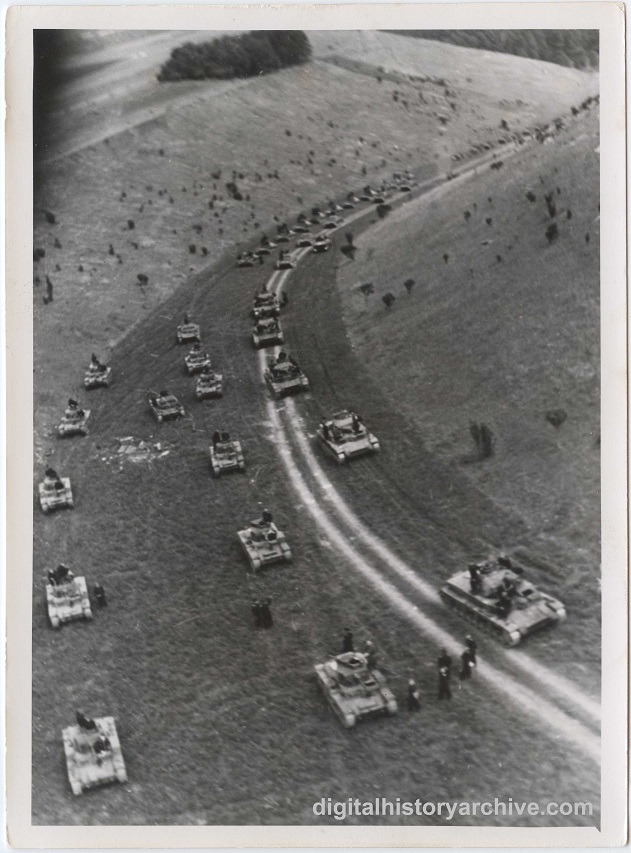 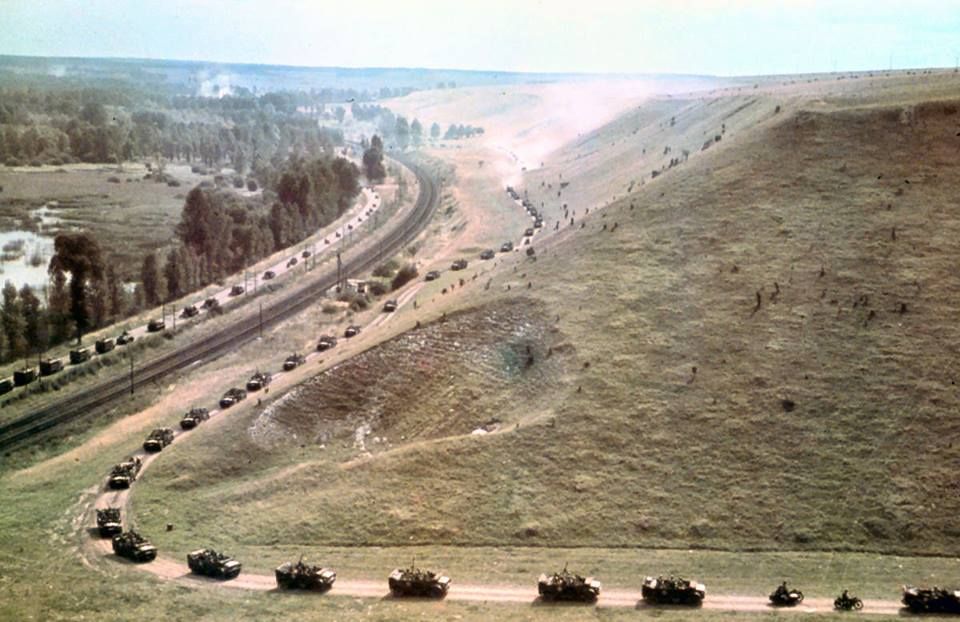 The town of Airaines in ruins and the tomb of two french soldiers: 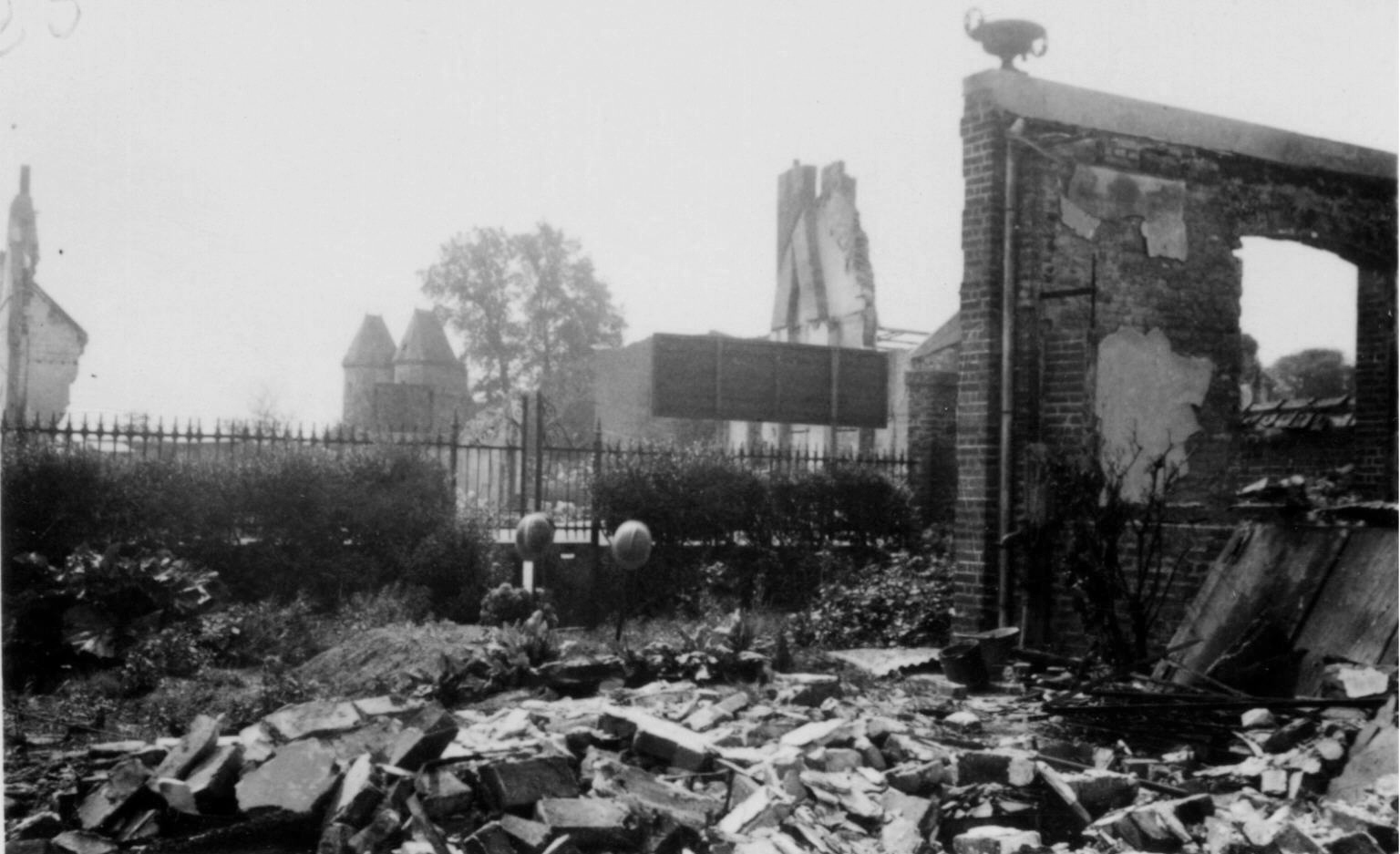 Those are the events detailed in this week episode.