, yet it gets a lot of attention lately with possibly the Japanese racing to help them with their water supply issues. 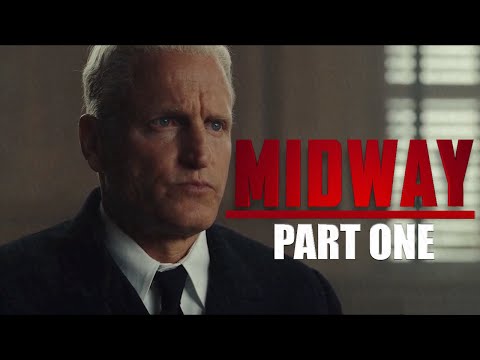 Chew, thanks for sharing this. The movie is very good, my only beef is the silly made up way Dick Best landed on the carrier deck.
I find it amazing that Best was in that battle and put a hit on two carriers in two strikes, amazing danger, amazing success. 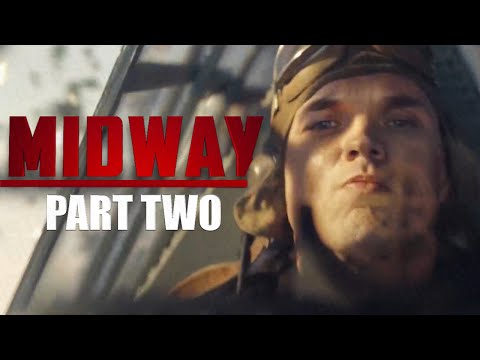 The movie is very good, my only beef is the silly made up way Dick Best landed on the carrier deck.

Yeah I think it was “movie exposition “ to let the viewer know he is a superpilot. “ He flew just plain weird. Putting the bomber into a stall and very quickly putting the mixture from auto full rich to cur off and back to full rich. (Playing with the red handle) makes no sense to me. As the altitude is low so there is lots of oxygen keep it full rich. I guess he wanted som controversy to generate publicity or so.

As for slips to landings, any private pilot should know that you don’t go slip below altitude of the place you want to land. Slip to landing look really cool

to the casual observer. I did one on my first solo pattern as the absence of a 300 pound instructor and the late base call made my plane a lot lighter s I had to get rid of some altitude.

I anyone can give me a good reason for how a Dautless should be handled this way let me know.

PS I thought carriers had these landing officers flagging you in, and even in an uncontrolled airport you are supposed to use the radios. Anyway the real Dick Best was awesome😎

I was a bit disappointed at the number of inaccuracies in that video, considering it’s from a channel called “history buffs”.

Nagumo didn’t keep half of his planes loaded with anti-ship weapons because of Japanese doctrine, this was a verbal order from Yamamoto, in case the American carriers appeared sooner than expected. His order was to have half his force to use against enemy ships. His choice was to switch the weapons on the planes on his hangars for another strike against Midway, and to then arm the returning planes with anti-ship weapons. Also, note that dive bombers were armed on the deck, it was the torpedo bombers which had to be armed in the hangar with either a HE bomb or a torpedo.

No, the issue wasn’t that the American planes were ordered to head towards the enemy as soon as possible, the issue was the opposite. All planes had to assemble around the carrier after launch, which burned precious fuel, so the fighters that took off first didn’t have the range to get to the US carriers. Yorktown sent their planes as they took off (faster planes took off later to catch up to the slower attack aircraft), later rendezvousing on course. This worked much better and Yorktown’s squadrons had escort from VF-3, with famous Jimmy Thatch in command. Added to this, there’s the thing that Waldron from VT-8 went on his own with his squadron, as Hornet’s air group took the wrong direction (Hornet’s flight to nowhere) and that’s another reason he had no fighter escort. VT-6 was the one that didn’t have escort because the fighters almost ran out of fuel and went back to the carrier.

And I’m disappointed that he went for the “decks full of planes myth”, because that’s a serious inaccuracy, and even this movie avoided it. No, the Japanese strike group was never spotted. It was still in the hangars, probably ready to be spotted, but at best half an hour away from being able to take off. The only planes on deck would have been a few CAP fighters taking off and landing. Also Enterprise’s aircraft didn’t find the sky “full of flak”. Akagi and Kaga were caught completely off guard and would have barely put up any AA as their guns were trained at low altitude. Most of the AA would have been from the 25 mm AA guns. The attack on Soryuu, and later on Hiryuu would have faced some more serious AA, but still very limited. Japanese carriers had some 6 twin large AA guns, which would fire at best every 6-8 seconds, so there wouldn’t be that much flak. Unlike American carriers, they didn’t have any escort ships nearby, these operating as pickets a few miles away, so they wouldn’t contribute to the AA. The only ship close to the carrier would be the plane guard destroyer to pick up pilots from planes that may crash into the sea when taking off or landing.

The B-17s he mentions are B-26 Marauders, which would have been torpedo bombing, even if the movie showed them level bombing (another mistake). B-17s took part in the attacks but none were shot down as they flew too high.

Also, I wish he had clearly stated what I consider one of the biggest mistakes in the movies, the idea that the Americans were outnumbered and fighting against overwhelming odds. No, the Americans had almost parity in carrier aircraft (as American CVs carried larger air groups), and once you considered the planes for Midway, the Americans had almost some 100 more aircraft. And of course they knew this. They wouldn’t have sent their carriers into a suicide mission otherwise. Nimitz indeed ordered that the American carriers were to engage Japanese carriers without putting themselves at extreme risk. They knew the odds, and they knew they weren’t bad.

Lastly, I believe it’s important to mention how horribly inaccurate the movie is visually. The planes don’t fly like WW2 planes at all, the AA is extremely exaggerated. The formations the ships sail in are completely wrong, the aircraft formations are wrong as well.

Great input,…and thanks for posting!

The planes don’t fly like WW2 planes at all, the AA is extremely exaggerated. The formations the ships sail in are completely wrong, the aircraft formations are wrong as well.

I can get the “Battlestar Galactica style AA” for movie effects. Even Dick Best doing silly things gets worse, he was a by the book pilot who would never behave like an idiot who wants to get kicked out and makes a suicidal slip until he has a lower altitude then the deck of the carrier.

I kind of hoped they would get the plane models right. In 1970 they didn’t have these CGI graphics so they had to dress up some treasoness T-6 Texans as A6Ms Zero to bomb Pearl. However these days home simulators can do better modules.

Take for example DCS Combat Simulator, my favorite WW2 Sim. The planes look real and really use believable flight models and controls. Still not the full experience but very close.

The don’t have any cats except for the Tomcat but their Mustang is more believable than anything in this movie. And By the way the Civilian Mustang is free, including a course how to fly it.

So it would not be too hard to CGI Real WW2 Planes into a movie these days.

BTW it is the first time that I saw a “history buff” or anyone for that matter confusing a B-26 with the iconic B-17. The B-17 is probably the most famous bomber from WW2.

My son wount se War movies with me anymore, because I have a tendency to realtime comment on historical errors.

Like in Fury: How could it take half the German army half a day to eliminate one Sherman

I have learned (it was hard) to se it as dramas with historical tema. If I want to know was really happend I turn to Indy

I turn to primary sources for a proper factcheck.

I have learned (it was hard) to se it as dramas with historical tema. If I want to know was really happend I turn to Indy

Actually when I with my sequential MA in History I was warned by some people that the “Critical source review” will ruin all the movies as everything is instantly evaluated. This isn’t helped by a number of assignments which involved e.g. “Japanese Revisionist history”. Then again I can see some good points in Midway, Parshall should have been put in earlier and not just at the end for damage control (source:Parshall).

“I have learned (it was hard) to se it as dramas with historical tema.”
That basically explains the movies, Kind of like the final countdown. ’

And I told you the Sherman was underrated

Yeahh, thats why were are here in this forum I guess. Always such a priviledge to hear a veteran tell his story. Sure happy for the effort to put their stories on video before its too late.

I feel like I’m the only non-Italian here who spoke to Italian WWII veterans 25 years ago.

Aahhh - now I understand what your boys are talking about. In Denmark the movie was called USS Nimitz, and I have always thought that was also the original english title.

My favorite line is when the senator see the Tomcats from the yacht : I do hope it is ours

I love that scene, Zero runs into the grumpy grandkids of the F4F Wildcat

In Denmark the movie was called USS Nimitz, and I have always thought that was also the original english title.

That explains, they tend to stick to original titles in the Netherlands and use subtitles for foreign language movies unless these are for kids. Beats the German TV Which has Fran Dresher with a “normal” voice in the Nanny. (and they probably cut down on the Jewish jokes as well, I guess). I couldn’t stand the German version.

I prefer the 1976 Midway, great cast and just feel it was done better.

Same here, I saw in in the theater with my dad (Today’s age restriction busy bodies would have objected

) The old movie was very well done, used real very impressive footage AND pointed out that the US had interned the Japanese bringing some real history inside the “love story”.

Maybe they had better advisors then as well (more were alive) and just brought them in at the start of the movie.

I am getting old but since CGI seems to be way overused in modern movie and they put in too much creative controls. They accessorize the F4F Wildcats with bombs as if accessorizing Ke$ha in a videoclip. It might look cool and balanced but it just makes no effing sense! Dick Best is is also portrayed as an effing idiot, who randomly flips the mixture controle very fast apparently because it is a cool red handle or something.

The sad thing is that this movie could have become a classic with just a little bit more eye for historical details. especially these days when it is VERY easy to get the details and e.g. someone who can read an airplane manual.

The only real good thing is that it builds up to Midway via other battles where the Allies gained experience. That is the really good part. But maybe there is a trend to “go creative” as in CGI even people can fly on broomsticks and whatever!

I am looking forward to the new Topgun because I know that for making this movie, Tom Cruise actually took Jet Warbird lessons in New Mexico.

I should watch the 1976 Midway again