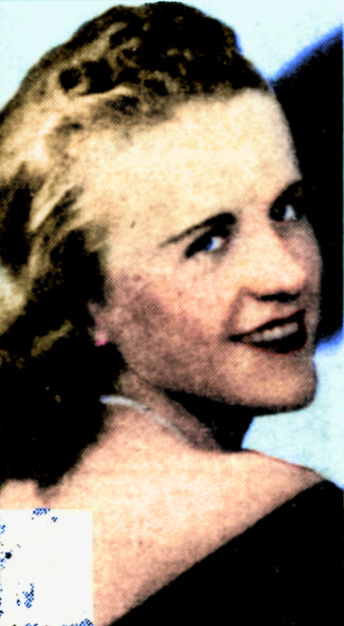 Mike Franco, who stands 32 inches with his boots on, promised on his honor today to stop chasing beautiful blondes down the street and in other ways annoying young women who might not welcome his amorous attentions.

Mike seemed just a bit mystified that he should be forced to take a pledge against violent lovemaking to get out of jail, for as he explained in a matter-of-fact tone to Magistrate William D. McClelland:

Specifically, the 35-year-old midget seemed puzzled that he should have been thrown into the clink on the complaint of Miss Mary Dedkoski, 21, who lives near Franco in Preble Ave., North Side.

He has been bothering me for four years. Because I wouldn’t have anything to do with him, he’s been threatening to hit me or throw a knife.

Every time I go out of the house, he’s waiting on the corner to chase me down the street. He even broke some windows in my home.

Miss Dedkoski said that yesterday she was attired in her Spring prettiest to go to a wedding reception, when a relative came rushing into the house to warn her:

Mike’s on the corner and he says he’s going to shoot you!

That was too much. I called the cops.

When it came his turn to speak, the midget had to be escorted around the side of the magistrate’s bench so he could be seen by Magistrate McClelland.

Why did you try to force your attentions on her?

The midget drew himself to his full height to announce:

If I let you go, will you promise to behave yourself?

Franco promised, the Magistrate said, “Discharged,” and the midget scurried from the courtroom as though he’d seen a ghost. Or another blond.