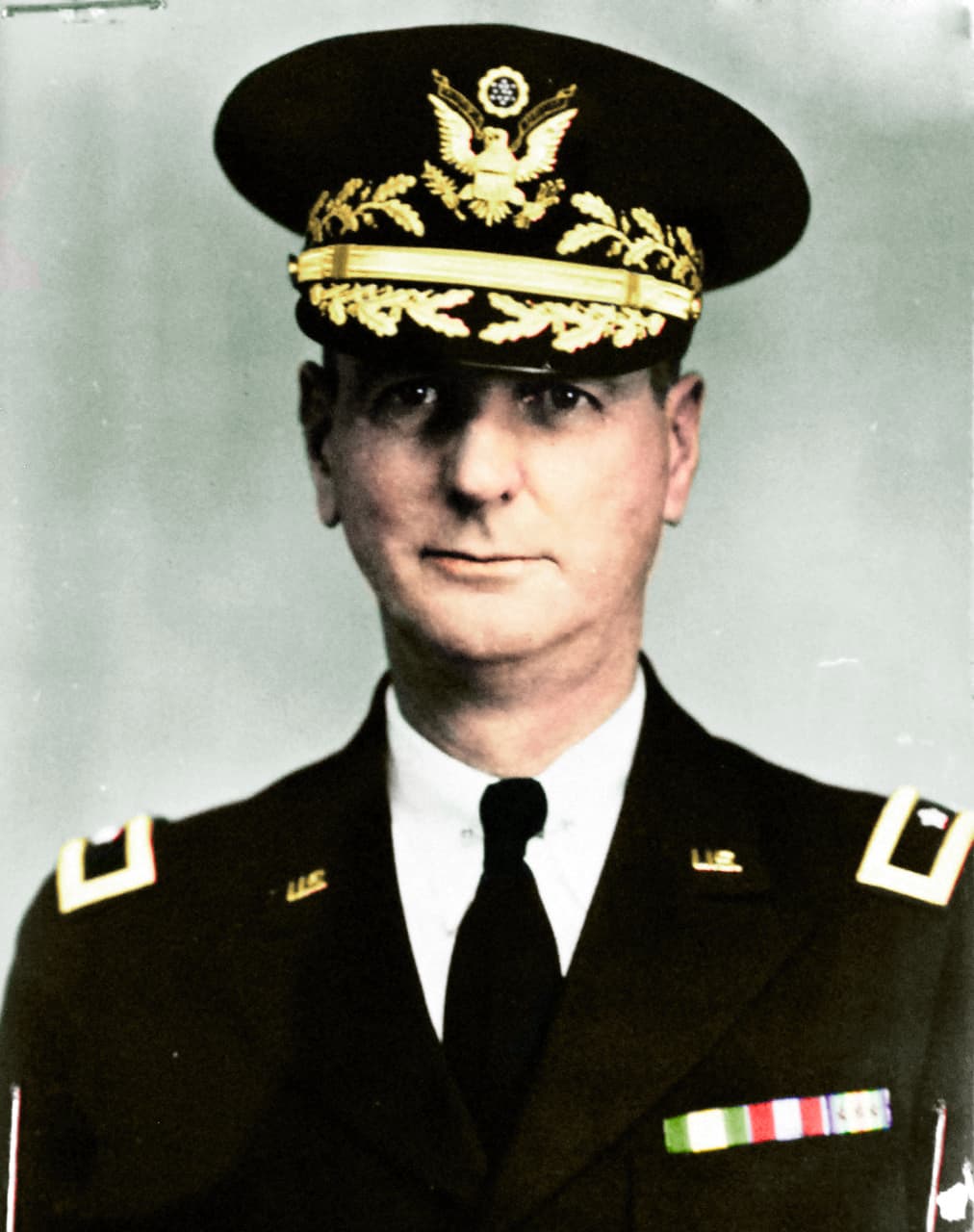 The President of the United States of America, in the name of Congress, takes pleasure in presenting the Medal of Honor to General Jonathan Mayhew Wainwright IV (ASN: 0-2131), United States Army, for conspicuous gallantry and intrepidity in action above and beyond the call of duty from March 12 to May 7, 1942, while serving with U.S. Army Forces in the Philippine Islands.

General Wainwright distinguished himself by intrepid and determined leadership against greatly superior enemy forces. At the repeated risk of life above and beyond the call of duty in his position, he frequented the firing line of his troops where his presence provided the example and incentive that helped make the gallant efforts of these men possible. The final stand on beleaguered Corregidor, for which he was in an important measure personally responsible, commanded the admiration of the nation’s allies. It reflected the high morale of American arms in the face of overwhelming odds. His courage and resolution were a vitally needed inspiration to the then sorely pressed freedom-loving peoples of the world. 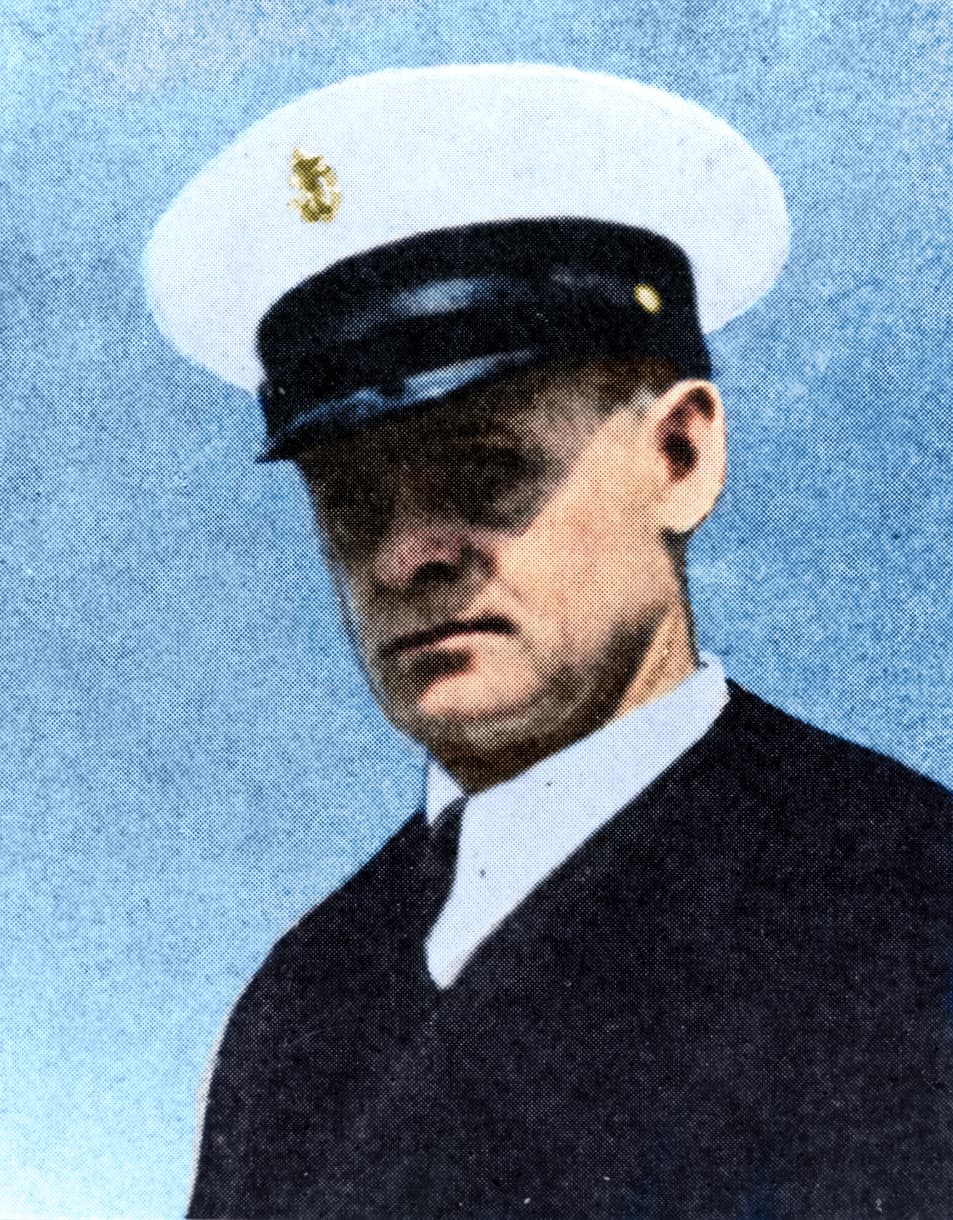 The President of the United States of America, in the name of Congress, takes pride in presenting the Medal of Honor (Posthumously) to Chief Watertender Oscar Verner Peterson (NSN: 3411575), United States Navy, for extraordinary courage and conspicuous heroism above and beyond the call of duty while in charge of a repair party during an attack on the USS NEOSHO (AO-23) by enemy Japanese aerial forces on 7 May 1942.

Lacking assistance because of injuries to the other members of his repair party and severely wounded himself, Chief Watertender Peterson, with no concern for his own life, closed the bulkhead stop valves and in so doing received additional burns which resulted in his death. His spirit of self-sacrifice and loyalty, characteristic of a fine seaman, was in keeping with the highest traditions of the U.S. Naval Service. He gallantly gave his life in the service of his country. 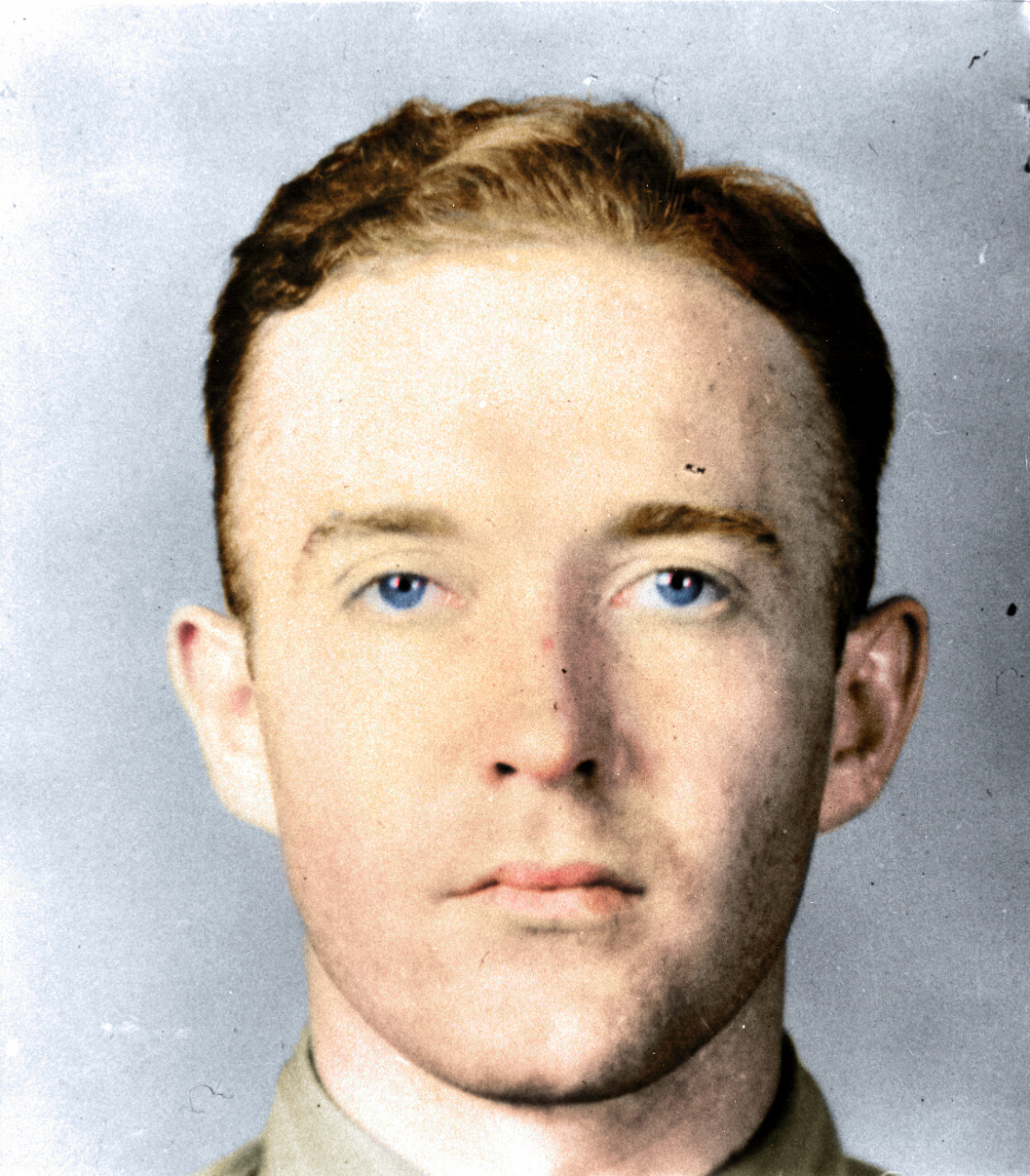 The President of the United States of America, in the name of Congress, takes pleasure in presenting the Medal of Honor to Lieutenant, Junior Grade William Edward Hall, United States Navy, for extreme courage and conspicuous heroism in combat above and beyond the call of duty as Pilot of a scouting plane in Scouting Squadron Two (VS-2) attached to the USS LEXINGTON (CV-2), in action against enemy Japanese forces in the Coral Sea on 7 and 8 May 1942.

In a resolute and determined attack on 7 May, Lieutenant (jg.) Hall dived his plane at an enemy Japanese aircraft carrier, contributing materially to the destruction of that vessel. On 8 May, facing heavy and fierce fighter opposition, he again displayed extraordinary skill as an airman and the aggressive spirit of a fighter in repeated and effectively executed counterattacks against a superior number of enemy planes in which three enemy aircraft were destroyed. Though seriously wounded in this engagement, Lieutenant (jg.) Hall, maintaining the fearless and indomitable tactics pursued throughout these actions, succeeded in landing his plane safe. 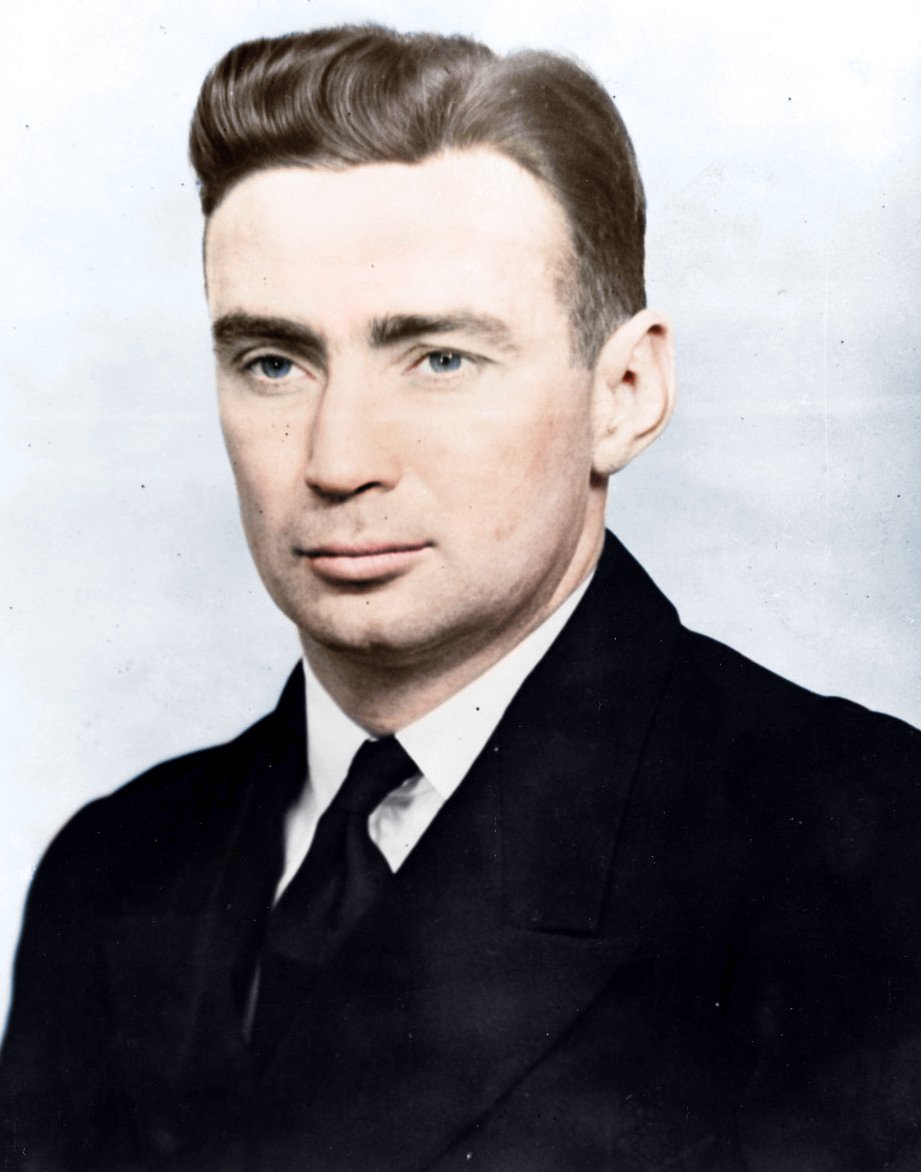 The President of the United States of America, in the name of Congress, takes pride in presenting the Medal of Honor (Posthumously) to Lieutenant John James Powers (NSN: 0-74968), United States Navy, for distinguished and conspicuous gallantry and intrepidity at the risk of his life above and beyond the call of duty, while Pilot of an airplane of Bombing Squadron FIVE (VB-5) attached to the USS YORKTOWN (CV-5).

Lieutenant Powers participated, with his squadron, in five engagements with Japanese forces in the Coral Sea area and adjacent waters during the period 4 to 8 May 1942. Three attacks were made on enemy objectives at or near Tulagi on 4 May. In these attacks he scored a direct hit which instantly demolished a large enemy gunboat or destroyer and is credited with two close misses, one of which severely damaged a large aircraft tender, the other damaging a 20,000-ton transport. He fearlessly strafed a gunboat, firing all his ammunition into it amid intense anti-aircraft fire. This gunboat was then observed to be leaving a heavy oil slick in its wake and later was seen beached on a nearby island. On 7 May, an attack was launched against an enemy airplane carrier and other units of the enemy’s invasion force. He fearlessly led his attack section of three Douglas Dauntless dive bombers, to attack the carrier. On this occasion he dived in the face of heavy anti-aircraft fire, to an altitude well below the safety altitude, at the risk of his life and almost certain damage to his own plane, in order that he might positively obtain a hit in a vital part of the ship, which would insure her complete destruction. This bomb hit was noted by many pilots and observers to cause a tremendous explosion engulfing the ship in a mass of flame, smoke, and debris. The ship sank soon after. That evening, in his capacity as Squadron Gunnery Officer, Lieutenant Powers gave a lecture to the squadron on point-of-aim and diving technique. During this discourse he advocated low release point in order to insure greater accuracy; yet he stressed the danger not only from enemy fire and the resultant low pull-out, but from own bomb blast and bomb fragments. Thus his low-dive bombing attacks were deliberate and premeditated, since he well knew and realized the dangers of such tactics, but went far beyond the call of duty in order to further the cause which he knew to be right. The next morning, 8 May, as the pilots of the attack group left the ready room to man planes, his indomitable spirit and leadership were well expressed in his own words:

Remember the folks back home are counting on us. I am going to get a hit if one have to lay it on their flight deck.

He led his section of dive bombers down to the target from an altitude of 18,000 feet, through a wall of bursting anti-aircraft shells and into the face of enemy fighter planes. Again, completely disregarding the safety altitude and without fear or concern for his safety, Lieutenant Powers courageously pressed home his attack, almost to the very deck of an enemy carrier and did not release his bomb until he was sure of a direct hit. He was last seen attempting recovery from his dive at the extremely low altitude of 200 feet, and amid a terrific barrage of shell and bomb fragments, smoke, flame and debris from the stricken vessel. 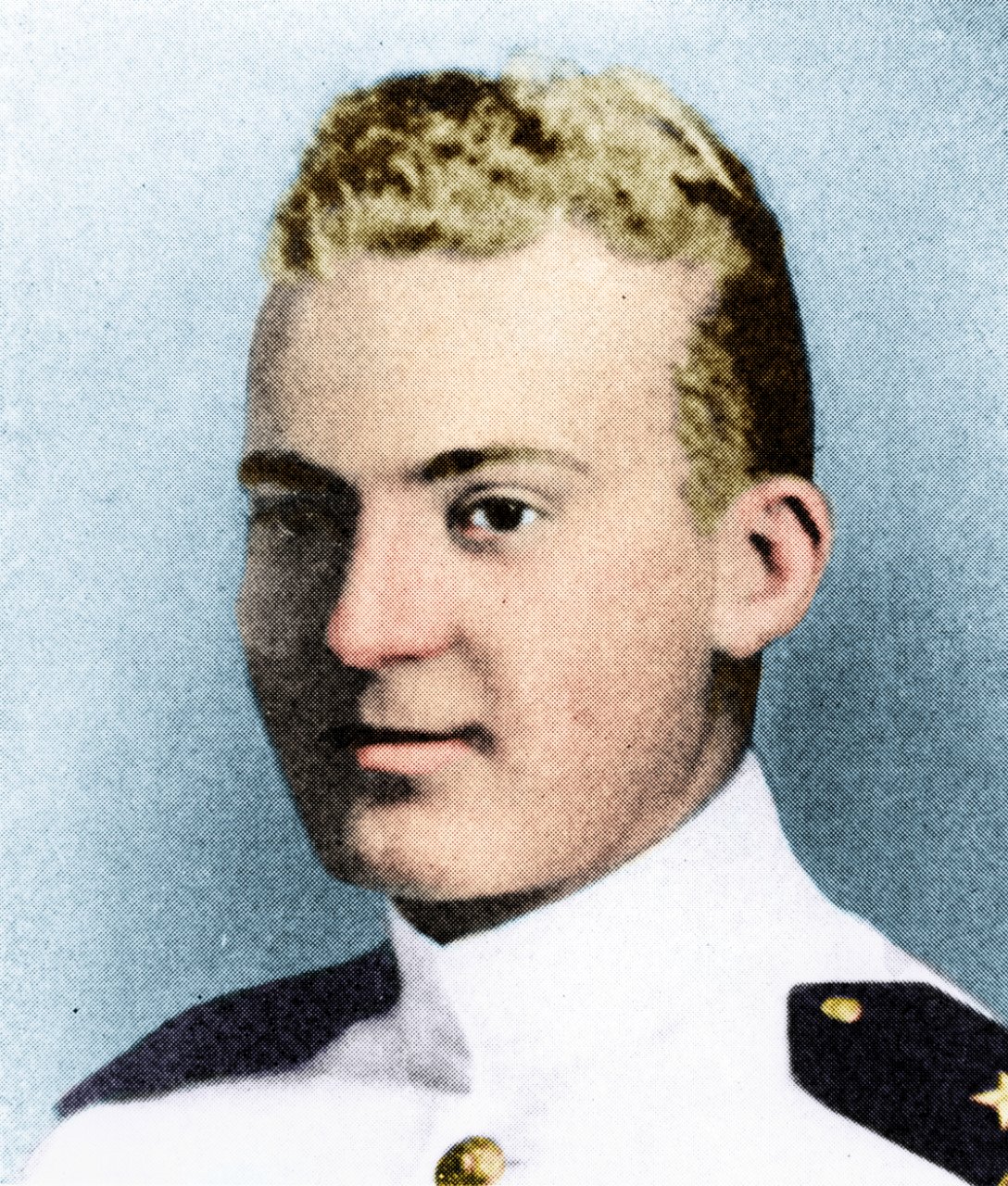 The President of the United States of America, in the name of Congress, takes pride in presenting the Medal of Honor (Posthumously) to Lieutenant Milton Ernest Ricketts (NSN: 0-75002), United States Navy, for extraordinary and distinguished gallantry above and beyond the call of duty as Officer-in-Charge of the Engineering Repair Party of the USS YORKTOWN (CV-5) in action against enemy Japanese forces in the Battle of the Coral Sea on 8 May 1942.*

During the severe bombarding of the YORKTOWN (CV-5) by enemy Japanese forces, an aerial bomb passed through and exploded directly beneath the compartment in which Lieutenant Ricketts’ battle station was located, killing, wounding or stunning all of his men and mortally wounding him. Despite his ebbing strength, Lieutenant Ricketts promptly opened the valve of a near-by fireplug, partially led out the fire hose and directed a heavy stream of water into the fire before dropping dead beside the hose. His courageous action, which undoubtedly prevented the rapid spread of fire to serious proportions, and his unflinching devotion to duty were in keeping with the highest traditions of the U.S. Naval Service. He gallantly gave his life for his country.