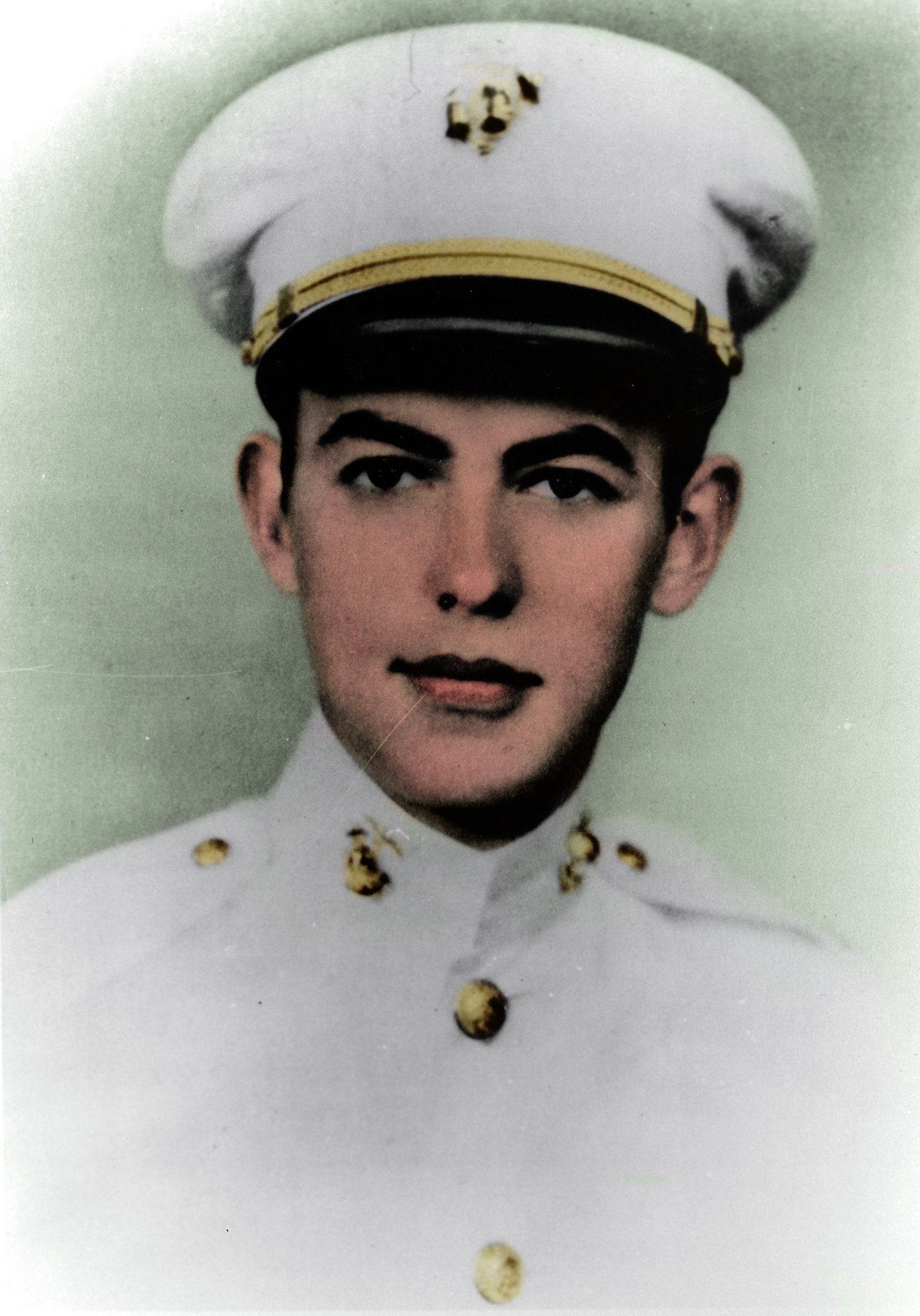 The President of the United States of America, in the name of Congress, takes pride in presenting the Medal of Honor (Posthumously) to Captain Richard Eugene Fleming (MCSN: 0-6395), United States Marine Corps, for extraordinary heroism and conspicuous devotion to duty as Flight Officer and a Pilot in Marine Scout-Bombing Squadron TWO HUNDRED FORTY-ONE (VMSB-241), Marine Air Group TWENTY-TWO (MAG-22), Naval Air Station, Midway, during operations of the U.S. Naval and Marine Forces against the invading Japanese Fleet during the Battle of Midway on 4 and 5 June 1942.

When his Squadron Commander was shot down during the initial attack upon an enemy aircraft carrier, Captain Fleming led the remainder of the division with such fearless determination that he dived his own plane to the perilously low altitude of 400 feet before releasing his bomb. Although his craft was riddled by 179 hits in the blistering hail of fire that burst upon him from Japanese fighter guns and anti-aircraft batteries, he pulled out with only two minor wounds inflicted upon himself. On the night of 4 June, when the squadron commander lost his way and became separated from the others, Captain Fleming brought his own plane in for a safe landing at its base despite hazardous weather conditions and total darkness. The following day, after less than four hours’ sleep, he led the second division of his squadron in a coordinated glide-bombing and dive-bombing assault upon a Japanese battleship. Undeterred by a fateful approach glide, during which his ship was struck and set afire, he grimly pressed home his attack to an altitude of 500 feet, released his bomb to score a near miss on the stern of his target, then crashed to the sea in flames. His dauntless perseverance and unyielding devotion to duty were in keeping with the highest traditions of the U.S. Naval Service.