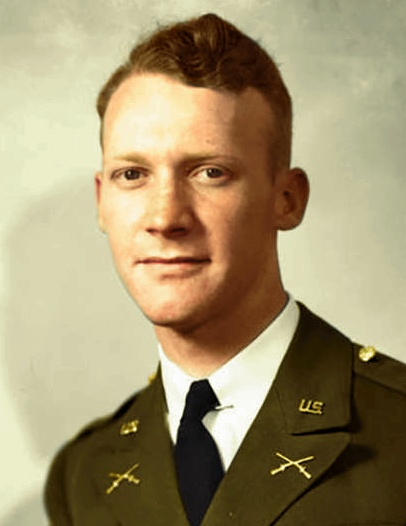 The President of the United States of America, in the name of Congress, takes pride in presenting the Medal of Honor (posthumously) to 2LT Alexander Ramsey Nininger Jr. (ASN: 0-23761), United States Army, for conspicuous gallantry and intrepidity above and beyond the call of duty while serving with Company A, 1st Battalion, 57th Infantry Regiment, Philippine Scouts in action with the enemy near Abucay, Bataan, Philippine Islands, on January 12, 1942.

2LT Nininger, though assigned to another company not then engaged in combat, voluntarily attached himself to Company K, same regiment, while that unit was being attacked by enemy force superior in firepower. Enemy snipers in trees and foxholes had stopped a counterattack to regain part of position. In hand-to-hand fighting which followed, 2LT Nininger repeatedly forced his way to and into the hostile position. Though exposed to heavy enemy fire, he continued to attack with rifle and hand grenades and succeeded in destroying several enemy groups in foxholes and enemy snipers. Although wounded three times, he continued his attacks until he was killed after pushing alone far within the enemy position. When his body was found after recapture of the position, one enemy officer and two enemy soldiers lay dead around him.

Norman, thanks for sharing this. I had to look up such a brave soul. Georgia born, attended West Point, graduated in May of 1941 and was dispatched to the Philippines, talk about fate. He’s buried in Arlington National Cemetery. 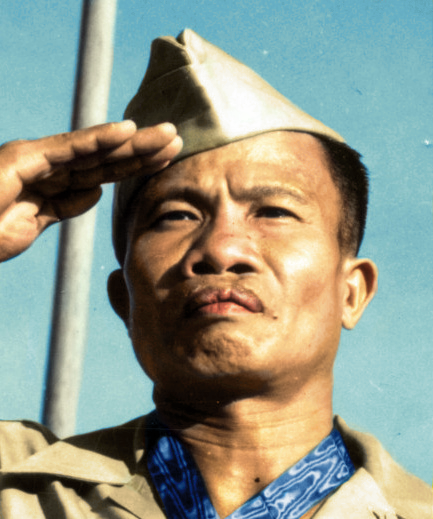 The President of the United States of America, in the name of Congress, takes pleasure in presenting the Medal of Honor to SGT Jose Calugas, United States Army, for conspicuous gallantry and intrepidity in action above and beyond the call of duty while serving with 1st Battalion, 88th Field Artillery Regiment, Philippine Scouts, 23rd Division. The action for which the award was made took place near Culis, Bataan Province, Philippine Islands, on January 16, 1942.

A battery gun position was bombed and shelled by the enemy until one gun was put out of commission and all the cannoneers were killed or wounded. SGT Calugas, a mess sergeant of another battery, voluntarily and without orders ran 1,000 yards across the shell-swept area to the gun position. There he organized a volunteer squad which placed the gun back in commission and fired effectively against the enemy, although the position remained under constant and heavy Japanese artillery fire.