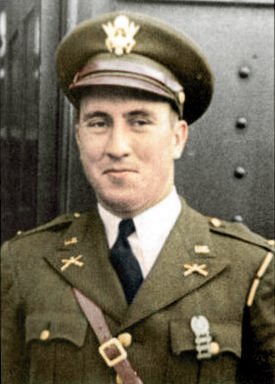 The President of the United States of America, in the name of Congress, takes pride in presenting the Medal of Honor (posthumously) to 1LT Willibald Charles Bianchi (ASN: 0-389009), United States Army, for conspicuous gallantry and intrepidity above and beyond the call of duty in action with the enemy on February 3, 1942, near Bagac, Province of Bataan, Philippine Islands, while serving with the 45th Infantry Regiment, Philippine Scouts.

When the rifle platoon of another company was ordered to wipe out two strong enemy machine-gun nests, 1LT Bianchi voluntarily and of his own initiative, advanced with the platoon leading part of the men. When wounded early in the action by two bullets through the left hand, he did not stop for first aid but discarded his rifle and began firing a pistol. He located a machine-gun nest and personally silenced it with grenades. When wounded the second time by two machine-gun bullets through the chest muscles, 1LT Bianchi climbed to the top of an American tank, manned its anti-aircraft machine gun, and fired into strongly-held enemy position until knocked completely off the tank by a third severe wound. 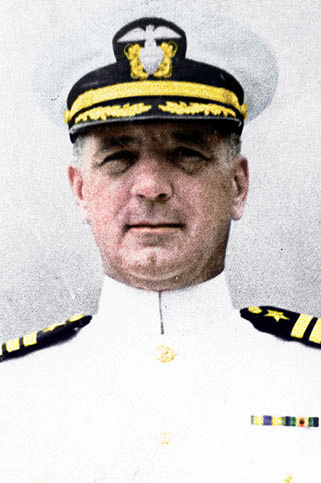 The President of the United States of America, in the name of Congress, takes pride in presenting the Medal of Honor (posthumously) to CAPT Albert Harold Rooks (NSN: 0-8625), United States Navy, for extraordinary heroism, outstanding courage, gallantry in action and distinguished service in the line of his profession, as Commanding Officer of the USS HOUSTON (CA-30), during the period February 4-27, 1942, while in action with superior Japanese enemy aerial and surface forces in the Netherlands East Indies.

While proceeding to attack an enemy amphibious expedition, as a unit in a mixed force, HOUSTON was heavily attacked by bombers; after evading four attacks, she was heavily hit in a fifth attack, lost 60 killed and had one turret wholly disabled. CAPT Rooks made his ship again seaworthy and sailed within three days to escort an important reinforcing convoy from Darwin to Koepang, Timor, Netherlands East Indies. While so engaged, another powerful air attack developed which by HOUSTON’S marked efficiency was fought off without much damage to the convoy. The commanding general of all forces in the area thereupon canceled the movement and CAPT Rooks escorted the convoy back to Darwin. Later, while in a considerable American-British-Dutch force engaged with an overwhelming force of Japanese surface ships, HOUSTON with HMS EXETER (68) carried the brunt of the battle, and her fire alone heavily damaged one and possibly two heavy cruisers. Although heavily damaged in the actions, CAPT Rooks succeeded in disengaging his ship when the flag officer commanding broke off the action and got her safely away from the vicinity, whereas one-half of the cruisers were lost. 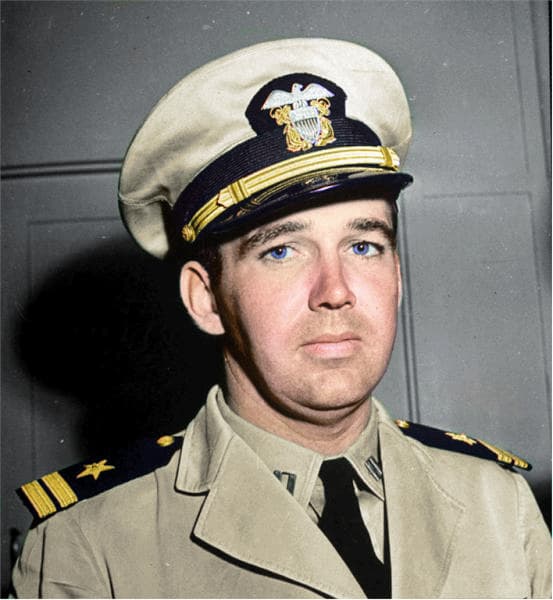 The President of the United States of America, in the name of Congress, takes pleasure in presenting the Medal of Honor to LT Edward Henry “Butch” O’Hare (NSN: 0-78672), United States Navy, for conspicuous gallantry and intrepidity in aerial combat, at grave risk of his life above and beyond the call of duty, as section leader and pilot of Fighting Squadron Three (VF-3), attached to the USS LEXINGTON (CV-2), on February 20, 1942.

Having lost the assistance of his teammates, LT O’Hare interposed his plane between his ship and an advancing enemy formation of nine attacking twin-engine heavy bombers. Without hesitation, alone and unaided, he repeatedly attacked this enemy formation, at close range in the face of intense combined machinegun and cannon fire. Despite this concentrated opposition, LT O’Hare, by his gallant and courageous action, his extremely skillful marksmanship in making the most of every shot of his limited amount of ammunition, shot down five enemy bombers and severely damaged a sixth before they reached the bomb release point. As a result of his gallant action – one of the most daring, if not the most daring, single action in the history of combat aviation – he undoubtedly saved his carrier from serious damage.